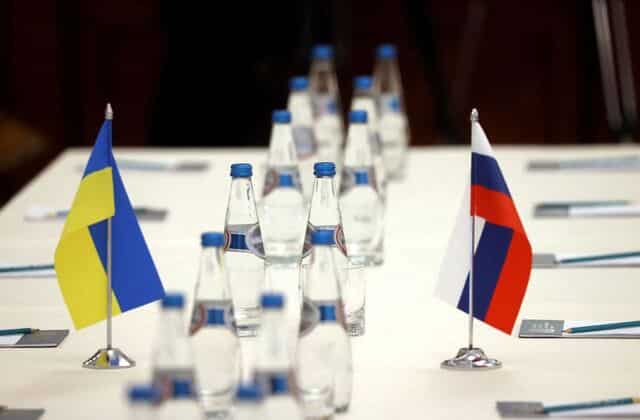 President Zelenskiy said Ukraine had reached a “strategic turning point” in the war, and air raid sirens blared across most cities in the early morning. Russian military units were closer to Kyiv, firing artillery toward residential areas, satellite images showed.

* Mariupol`s situation was critical, officials said, as Russian forces tightened their noose around the Black Sea port and the death toll from shelling and a 12-day blockade neared 1,600. * Evacuations from four cities dropped sharply to 7,144 people, Zelenskiy said .

* Ukraine said neighbor Belarus could be planning to invade, accusing Moscow of trying to drag its ally into the war by staging air attacks on Belarus from Ukrainian air space.

* The EU will join Washington in suspending Moscow`s “most-favored nation” trade status, crack down on its use of crypto-assets and ban exports to Russia of EU luxury goods and imports of iron and steel goods, said European Commission President Ursula von der Leyen.

* A new Russian law giving Moscow stronger powers to crack down on independent journalism puts Russia under a “total information blackout” on the war in Ukraine, said UN independent experts. One of the first to be fined under the law, Vera Kotova, wrote the banned phrase “No to war” with a heart in the snow at a Lenin statue.

* Facebook`s owner said a temporary change in its content policy, only for Ukraine, was needed to let users voice opposition to Russia`s attack. Moscow opened a criminal case after the company said it would allow posts such as “death to the Russian invaders.”