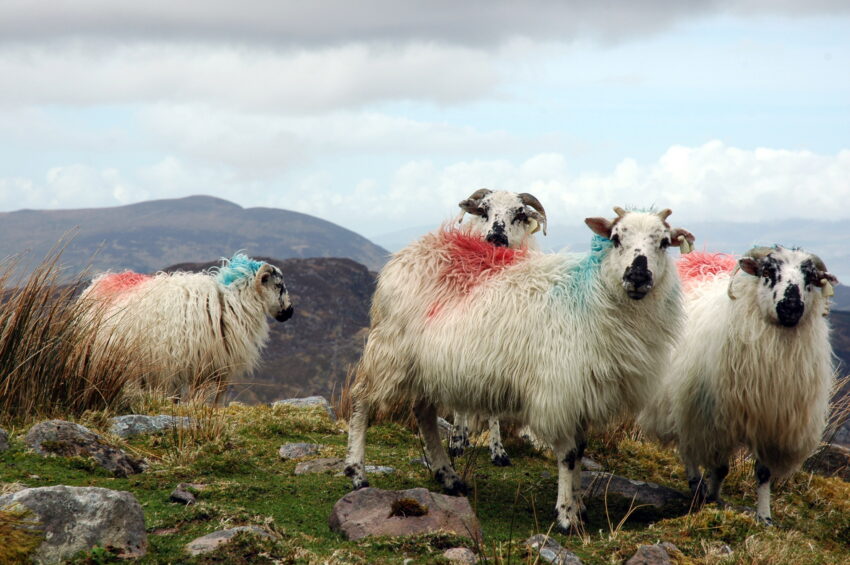 Farmers are painting the horns of their sheep to thwart thieves as a report finds that rural crime has risen by 40 per cent in a year.

The cost of living crisis may be contributing to an increase in rustling, a report by the National Farmers’ Union (NFU) found amid fears that meat is being sold on the black market.

Farmers on Dartmoor are using green paint to mark their livestock after an increase in thefts of animals and equipment in the area. The report found thieves were raiding farms for Land Rovers, quad bikes and GPS devices, while the theft of livestock continued unabated.

Neil Cole, a farmer from Yelverton, Devon, said the thefts were devastating. “Turning up in the morning and finding out your £9,500 quad bike’s been stolen, your sheep are stolen or a dog’s been in there and ripped them to bits is soul destroying,” he added.

“We are artists trying to create these lovely animals for the market — for food — and then somebody comes in and sticks a boot straight through it.”

Farm vehicles remain the top target for gangs, with Land Rover Defenders, quad bikes and trailers being stolen in record numbers. Cases of rustling have also risen as the price of food in supermarkets soars, sparking fears of meat being traded on the black market.

As a consequence, farmers must spend more on security as fuel and machinery prices soar. Half of the farmers surveyed said fuel theft — which has doubled in the past year — was their greatest security concern as the price of petrol and diesel rose at the pumps.