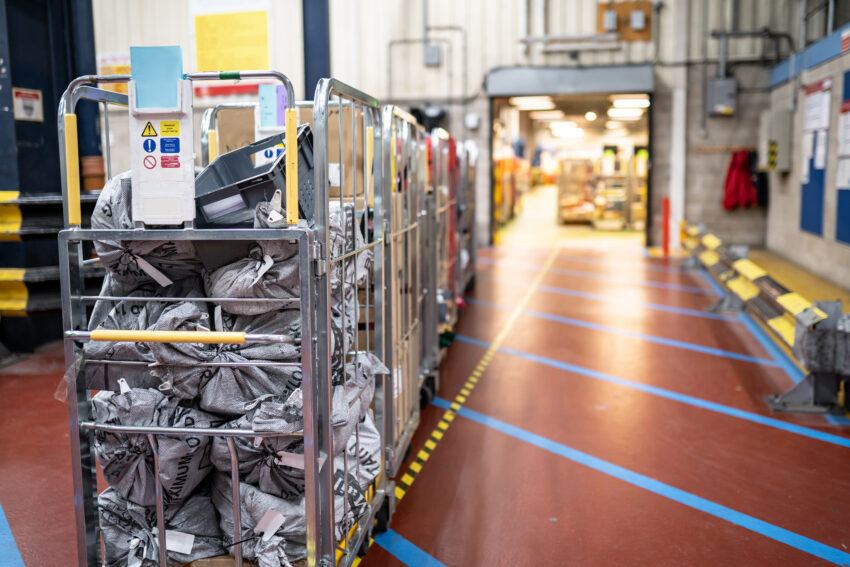 Hundreds of small businesses have accused the Royal Mail of mischarging them thousands of pounds a month in penalties after it installed faulty technology designed to catch fraudsters.

Businesses across the country have been incorrectly fined for failing to pay the right postage and being sent penalties up to three times the original cost of sending their packages.

Some have received bills running to thousands of pounds and say that they face going out of business.

Royal Mail initially denied that there was a problem and demanded payment. The issue has now been raised with the regulator, Ofcom.

Businesses said that they began noticing problems at around the start of the year, when Royal Mail began phasing out its manual system for detecting postage fraud in favor of an automated system.

Many businesses sending small items use the Royal Mail’s large letter tariff, which allows them to post packages less than 25mm deep and 750g in weight for a reduced price. Most of these firms have contracts directly with Royal Mail, allowing them to self-certify and send packages rather than take them to a post office for measuring.

The new machines were designed to use lasers to detect packages exceeding the size limit and impose a surcharge on the company’s accounts of about £ 3 on a package that would normally be sent for between 80p and 90p.

Businesses say packages get classed as parcels if they are scrunched up or envelope corners rise during transit. One said it had been advised by Royal Mail to put cardboard inside packets to stop them folding up. A Royal Mail staff member told the business: “I have explained that an item must remain a large letter throughout its life in our network and there is the possibility that some of these items may not.”

A number of forums have been set up where hundreds of small businesses have been sharing their experiences.

Julius Oliveti, whose company sells products ranging from sports goods to computer peripherals, said that Royal Mail had issued him with £ 7,000 in wrongful penalties since January.

“I have had to resort to videoing every package I send to prove that it’s the right size,” he said. “I know of hundreds of businesses in the same boat, many of which simply can not afford to pay and do not have the time to prove that every large letter they send is genuine.

“Everyone can appreciate why Royal Mail wanted to tackle the problem of people trying to defraud them by paying too little in postage – but they really should have checked that the technology worked first.”

Mariya Gospodinova, who has run a small clothing company for 12 years, said she had been charged £ 1,000 in surcharges in the past month.

“We simply do not have the cash to pay for it,” she said. “It’s wiped out all our profit. Yet when we contact Royal Mail they insist that the charges are accurate. It’s a really horrible situation and I do not know what to do. ”

The issue has been raised with the Federation of Small Businesses, which said that Royal Mail needed to address the problem urgently.

“In this climate, firms simply do not have the funds or the bandwidth to navigate additional fees after the event.

“Royal Mail should move fast to address issues raised with its new scanning machines and ensure that, starting immediately, all fees charged to small firms at the point of sending are fair and accurate.”

Ofcom, which regulates the Royal Mail, said the issue had been brought to its attention and while it could not take on individual complaints it could look at the broader issue.

“If we see evidence of widespread issues that could be in breach of our rules, we’ve shown we will not hesitate to step in and take action,” a spokesman said.

A Royal Mail spokesman said: “As part of our ongoing transformation, we have been rolling out new automated parcel-sorting machines, which can also verify whether customers are paying us the correct amount for the items they’re sending.

“In instances where customers believe they have received surcharges which are not appropriate, we have teams of people across the UK who can work with the customer to review the items and charges applied.”