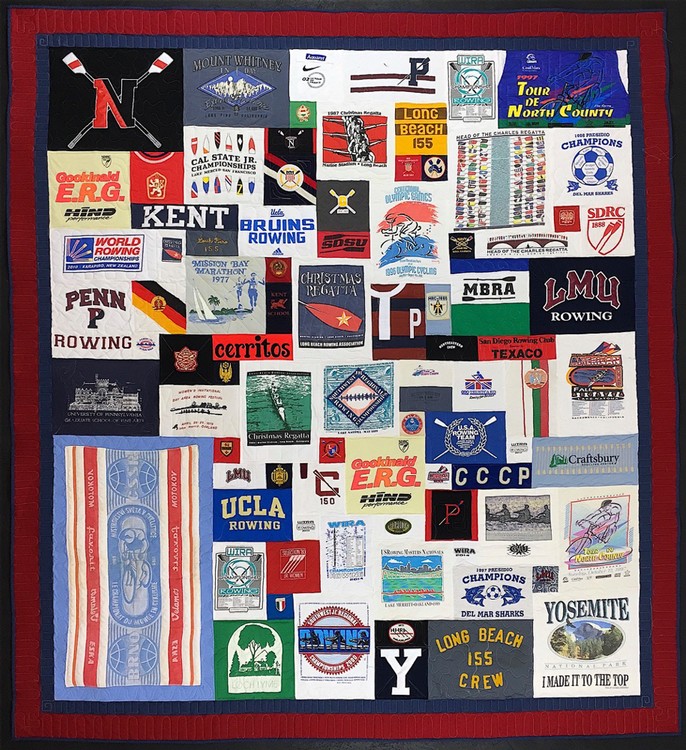 Beginning today, Peter Mallory reimagines the story of his life for row2k readers. Part cautionary tale, part rowing manual and based upon a lifetime of research and a decade of blog posts along with his memoir, An Out-of-Boat Experiencethis new work promises to entertain and challenge every member of the row2k family.


I: Unstuck in Time


“Whether I shall turn out to be the hero of my own life, or whether that station will be held by anybody else, these pages must show.”
– David CopperfieldCharles Dickens

I have always been a story teller, but the urge to share my life’s journey in search of the perfect stroke has gotten ever stronger since I’ve entered the last 250 meters of my 2,000-meter life. I write to you today on row2k.com to exorcise some demons, set the record straight, settle a couple of scores, but also to pay tribute to those who have helped to shape me, and I want to pass on the joy and the wisdom that age has now afforded me.

In this life, one way or another, my story is your story. Rower or not, with or without shaved calluses on your hands, it matters not. We are family, for you and I have experienced life. . . and life is a metaphor for rowing.

Incidentally, all of the stories contained in this stream of consciousness are absolutely true as I remember them. I must have been accused of exaggeration a million times in the past, but there has been no exaggeration this time around. No need! Imagine that! But to all of you I say: “This is my personal reminiscence, so please do not confuse my musings with history. Others have a perfect right to remember things their way, and I’m sure several will.”

On June 5, 1963, at the age of 17 years eleven months, I graduated from Shortridge High School in Indianapolis, Indiana.

And so I am an Indianapolitan.

I am a Shortridge Blue Devil.

I am a Hoosier.

But by more than a generation I missed running into the most famous of my fellow Indianapolitans and fellow Shortridge Blue Devils and fellow Hoosiers, the esteemed novelist Kurt Vonnegut, Jr.

He was more than 20 years ahead of me in the race to old age.

After graduating from Shortridge High School in 1940, Kurt Vonnegut entered Cornell University in Ithaca, New York. I, too, could have attended Cornell University. They accepted me. Before choosing Penn, I thought long and hard about going Cornell, but still I would have missed running into Kurt Vonnegut. To the day he died in 2007, he remained more than 20 years older than I was. (In the years since, I have rapidly been making up ground on him.) My loss, that I never met Kurt Vonnegut, Jr. . . . because I always felt that we had so much in common, the two of us being fellow Indianapolitans and fellow Shortridge Blue Devils and fellow Hoosiers and all.

Over the ensuing years I’ve felt like he was a father figure of sorts to me. What you are reading today is my humble homage to Kurt Vonnegut. As with Billy Pilgrim in Slaughterhouse Five, the coming stories will NOT arrive in chronological order. Instead, I invite you to time trip with me back and forth over more than seven decades as my mind wanders over a patchwork quilt.

Jump to June 13, 1995. Tomorrow I will turn 50 years old. Oh my! My soon-to-be very exhausted 10-year-old son, Philip, and I are climbing to the top of Half Dome in Yosemite National Park, to the top of the largest exposed chunk of granite in the world, or so the guidebooks say, the last 900 nearly-vertical feet negotiated hand-over-hand up a steel cable and amongst a crowd of fellow hikers, by golly.

One of my best buddies from high school, John Howett, another fellow Indianapolitan and fellow Shortridge Blue Devil and fellow Hoosier, has organized the hike for a group of his friends who are all reaching the half-century mark that year, myself included.

A celebration of a milestone in our lives.

Oh, the memories woven into the fabric of that t-shirt! Oh, the stories it could tell!

On the way up the mountain, one of the other guys in the group, a fellow named Bob Holman, strikes up a conversation with me. He’s recognized my shirt. Seems that way back when he rowed for Cornell University in Ithaca, New York.

I toss off a line, something like, “Isn’t that interesting?”

But once I think for a moment, I realize I really am interested. I mean we’re both turning 50, so we must have been in the same college class back then. I look at him, and he’s lightweight size. In fact, as fit as I might be, at the moment he looks a lot closer to making weight than I do.

I ask him what boat did he row in.

Even after decades, how easy it is to slip back into the universal language of others. Back then there was no male and female, so collegiate rowers were First or Second or Third Boat, freshman or varsity, lightweight or heavyweight, sitting somewhere between “1” (bow) and “8” (stroke), or else you were the coxswain. You know, the person who steers.

That’s it. So this fellow walking beside me could tell me just about his whole rowing life story in four words flat: “Second” “Freshman” “Lightweight” “7”.

But that’s not the amazing part. The amazing part is that I rowed in the Second Freshman Lightweight 7-seat for my own college, for my beloved Penn Quakers, in our opening race against Bob Holman and the Cornell Big Red!

Seriously. Is this a small world or what? On this trail in the middle of Yosemite National Park on a beautiful June morning beside a babbling brook at the age of 49 years and 364 days wearing my very cargo University of Pennsylvania Lightweight Crew racing jersey, I have actually run into the guy who beat me in my very first collegiate crew race, who had won from me my very first University of Pennsylvania Lightweight Crew racing jersey …

At the end of a very long day …

… and as I keep talking to him I realize that he can hardly recall a single thing about how our paths had first crossed thirty-one years earlier, on the day I began my rowing odyssey in his ancient Ithaca.

As for me, I remember every single detail of that cold and misty April day in 1964 on Cayuga’s chilly waters.