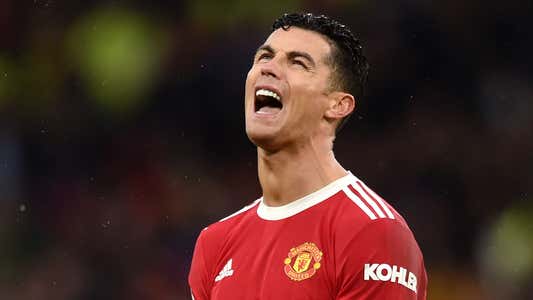 When the team news dropped at the Etihad on Sunday, there was only one question from the Manchester United fans; where is Cristiano Ronaldo?

Not only was the Portugal international not in the starting XI for the Premier League derby day mauling by Man City but he was not even in the country.

Manager Ralf Rangnick admitted that he did not know the 37-year-old had left the UK on his private jet ahead of the game but refused to criticize the forward for his decision with the German manager saying he had ‘no issue’ with his actions .

It’s not the first time Ronaldo has jetted off when not needed. Club sources said in January that players were free to do what they wished in their down time and on both occasions when the Portugal captain has taken a quick break in his home country he has returned to training as expected.

Rangnick’s explanation – that Ronaldo was carrying an injury – appeared to be refuted by the player’s sister on social media as she suggested he was in fact just dropped.

The decision to play with a false 9 meant Ronaldo would only be used as a substitute and by the end of Friday’s training session he had reported to the club doctor with an injury.

Whatever Ronaldo does, there will always be a circus around his actions and decisions. He returned to a fanfare but the last few months have been a disappointment and the derby snub was just another example.

His goals have dried up, with just one league goal this year, and he cuts a frustrated figure on the pitch; throwing his arms in the air, kicking goal posts and remonstrating to referees.

When he agreed to return in August it was not with the idea of ​​fighting for fourth spot. He hoped he would be coming back to win trophies.

It is therefore hardly surprising that he has yet to make a decision on his long-term future at Old Trafford.

It is understood if United fail to get that coveted Champions League spot then he would look to leave; even at 37, the Europa League is beneath him.

“It’s a strange situation that he finds himself in back at Manchester United,” former United striker Teddy Sheringham told GOAL.

“It must be very, very different from when Sir Alex was there and running everything – everything was a tight ship all sailing together. It seems like there are lots of fragments at Manchester United all going their own ways and there is no leadership anywhere.

“It’s not ideal for Ronaldo to come back into that. I would think that if it carries on like this until the end of the season and he has a chance to go somewhere else, I think that could probably happen. ”

One of the issues for both Rangnick and Ronaldo is that at the beginning of the season this was not what the club had planned. Mason Greenwood, Anthony Martial, Marcus Rashford, Edinson Cavani and Ronaldo meant Rangnick had plenty of options up front.

But various circumstances meant United started the derby without a center-forward in the starting XI or on the bench.

Ronaldo’s absence will always be noted no matter what the reason but Rangnick would not have had to rely on him so heavily had Cavani been fit.

The Uruguayan decides when he is fit enough to play and the derby was the 17th Premier League game he has missed this season.

Rangnick said in his Friday afternoon press conference that Cavani should be available for the Saturday evening visit of Tottenham Hotspur. But, with another training session to complete before that, anything is possible.

Then there is the current issue with Rashford which also complicates Rangnick’s strikeforce plans. The England international has been struggling for form and is low on confidence which has affected his displays.

The interim manager is impressed with Rashford in training but wants to replicate that form on the pitch, something he has not been capable of in recent weeks.

United have 10 games to salvage a fourth-place finish and if they’re going to manage it they not only need a helping hand from their rivals but a revival from a strikeforce whose main stars have gone missing … in more ways than one .