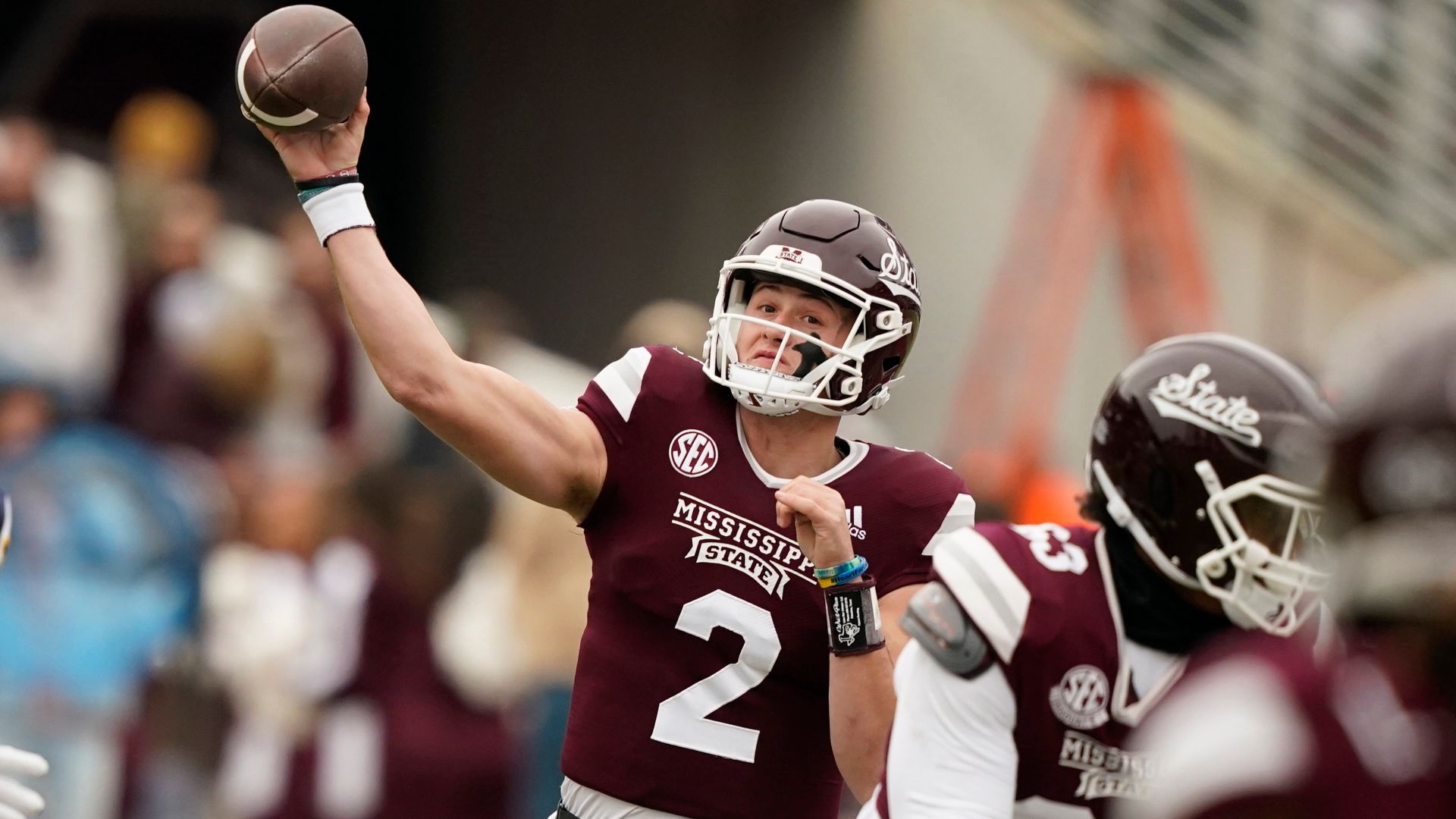 Rogers is now No. 9 in Southeastern Conference history with 10,189 yards, moving past Ole Miss’ Eli Manning heading into the Bulldogs’ Thanksgiving Day showdown with the Rebels in Oxford.

It was also a milestone moment for Emmanuel Forbes, who snared a carom off East Tennessee State receiver Cameron Lewis and returned it 79 yards for a second quarter touchdown – his sixth career pick-six to set both an SEC and FBS record. The junior tied the Mississippi State record for most interceptions in a season with six and his 14 interceptions are now two away from tying the career record.

Forbes and the defense didn’t give up a point to the Buccaneers’ offense. ETSU (3-8) had just 154 yards with 43 of those coming through the air. It was 2 of 13 on 3rd downs and turned the ball over three times. Quarterback Tyler Riddell was 5 of 11 for 47 yards and two interceptions.

Mississippi State has its mind no doubt set on the Rebels of Ole Miss next week in what has turned into a must-win. Still, the Bulldogs came out and took care of business like they should.

ETSU was just outmanned in this game.

ETSU’s season has come to an end.

Mississippi State will travel to Ole Miss for the annual Egg Bowl on Thanksgiving night.