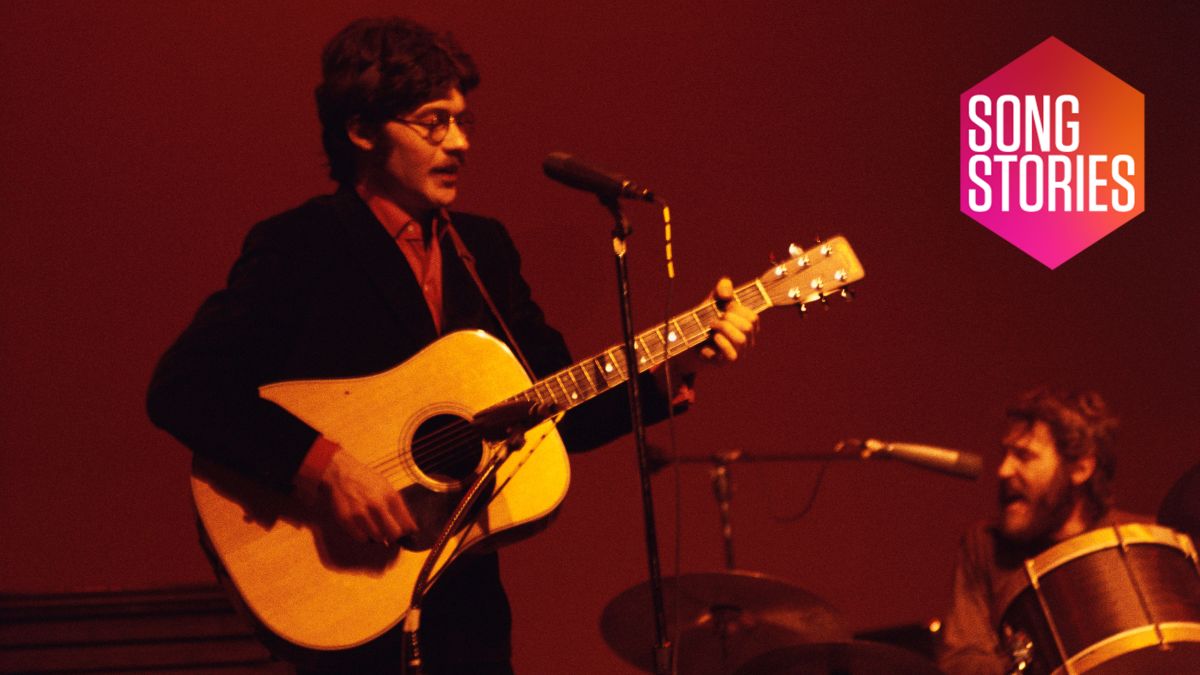 During the late ’60s, The Band were arguably one of the most influential groups to come out of North America. Adored by musicians and music fans alike, messrs Robertson, Danko, Helm, Hudson and Manuel gained notoriety as The Hawks, Ronnie Hawkins’ backing band, and were hired for Bob Dylan‘s infamous ‘electric’ world tour of 1965 and 1966. The next year,

The Hawks became The Band and, before long, were digging their creative fingers into two side-by-side recording projects. The first was an ongoing series of informal sessions with Bob Dylan (who was recovering from a motorcycle accident at the time) in the basement of The Band’s Big Pink ‘house in the hamlet of West Saugerties, New York.

A selection of these songs would finally gain an official joint release as The Basement Tapes in 1975. The second project was The Band’s debut album, Music From Big Pink, released in the summer of 1968. The record’s simple, understated but masterly mix of soul , blues, country and rock turned and wowed heads on both sides of the pond, most notably Eric Clapton’s. Apparently he was so inspired by the long player that he decided to dissolve Cream and kick off his own less revved-up musical reinvention.

The Weight, the rootsy fifth track on Music From Big Pink, is one of The Band’s most enduring and oft-played masterpieces. The song’s writer and guitarist, Robbie Robertson, remembers exactly how it came together. “I wrote the song in Woodstock, in a house that I had there in a place called Larson Lane,” Robertson remembered.

“I went upstairs in this house, where I had a table and a guitar, and it was kind of my little workshop area… And when I sat down to try to think of something, I realized I had nothing in mind. I thought, ‘Oh shit!’ because some days it comes and some days it does not. I sat the guitar on my lap and I was kind of bent over it and I looked inside the sound hole on the guitar and it said ‘Nazareth, Pennsylvania’ [where Martin guitars are manufactured]. I thought, ‘OK, well let me see,’ and I wrote the first line of that song [‘I pulled into Nazareth / Was feeling about half past dead’] and I would say, in probably 45 minutes, I had written the skeleton of the whole song. ”

However, at the time, Robertson and his fellow Band members did not fully recognize the song’s potential. “I played it for the other guys, to get this thing started,” Robertson explained. “And everybody was like, ‘Hell, well that sounds pretty good!’ And I said, ‘Well, it’ll just be a back-up song in case some other things do not work out.’ ”

The Weight was not given a definitive arrangement until The Band were holed up in New York’s A&R studio with producer John Simon in January 1968. One of the song’s standout sections is the staggered vocal harmony that follows the chorus and, incredibly, it was almost an afterthought. “We did not really get it that organized until we recorded it,” said Robertson. “And it came pretty simply. There was something about it that was so natural that it did not take a lot of organizing… And then this thing at the end of the chorus where the voices stagger for that last line? It was a thing that came to me, like, in the last minute of working on the song. A lot of people say those spontaneous things are the best things and, well, this is one of those cases where that was very true! ”

As with the rest of the album, The Weight was laid down to tape in admirably speedy fashion.

“We probably recorded it in a couple of hours,” recalls Robertson. “None of the things on Music From Big Pink were very lengthy recording episodes. When we recorded, we were all set up in a circle, so we had eye contact and could naturally hear one another. That proved to have its own certain quality. ” Robertson played a 1951 Martin D-28 acoustic guitar on the song, which was certainly a novel approach for The Band at this stage of their career.

Robertson was also toning down and slowing down his electric guitar playing right across Music From Big Pink, a move that ultimately made the album an ear-opener for guitar heroes the world over, including a certain Mr Clapton. “With Ronnie Hawkins, with Bob Dylan on tour and on Blonde On Blonde [Bob’s seventh studio album], I was playing wailing guitar – I was young and I was reaching for the sky! ” explained Robertson.

“But by the time we were going to do Music From Big Pink, it was no longer interesting to me, because so many other people were doing it. I thought, ‘Well, this is not what it used to be!’ And then, when I first met Eric Clapton, he was playing as extremely as possible with Cream. And he said to me, ‘I’m over it! I want to go in that direction! ‘”