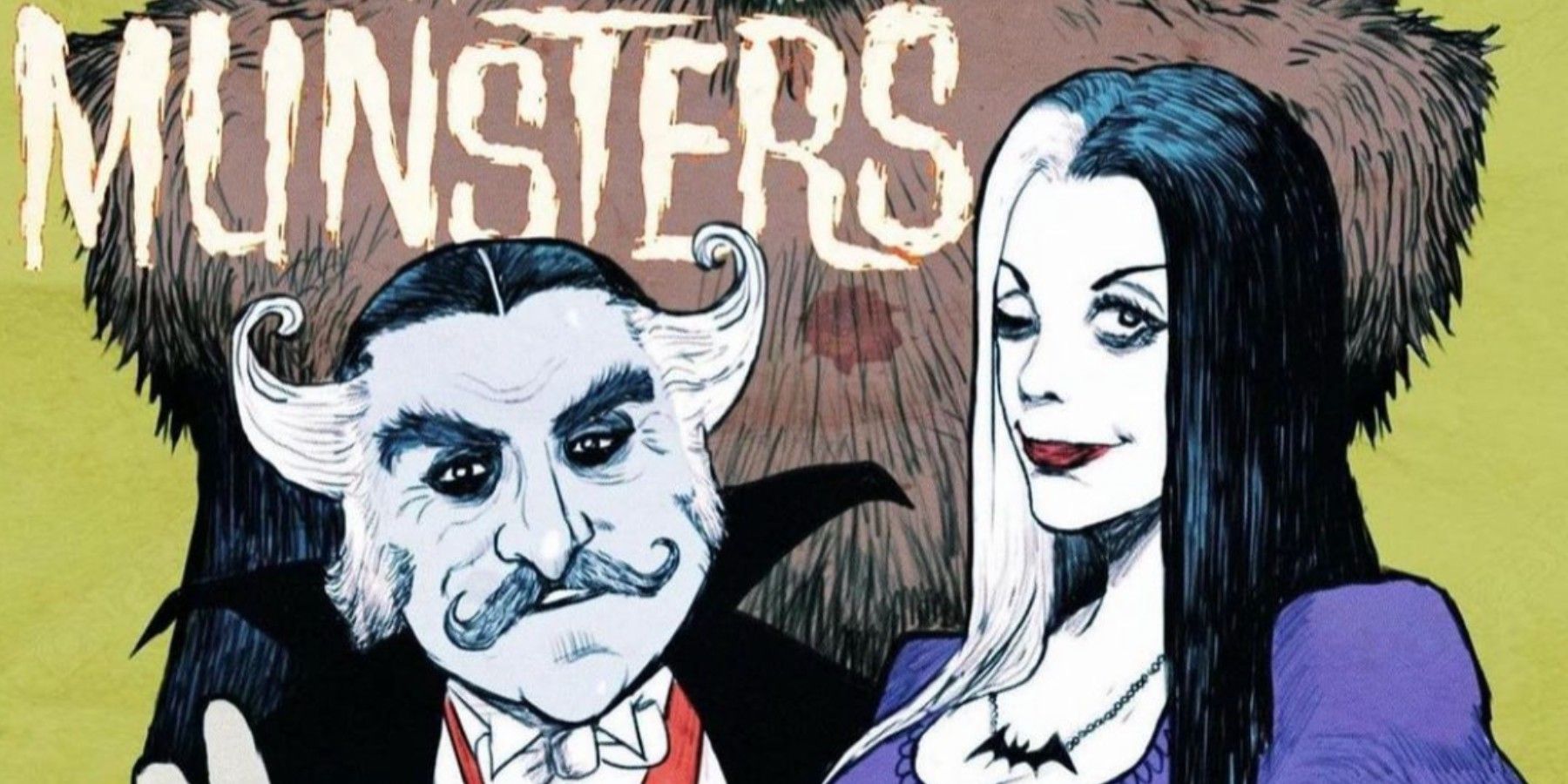 Filmmaker Rob Zombie shares his excitement for his upcoming The Munsters by posting a piece of fan art depicting Herman, Lily, and Grandpa.

Never one to contain his excitement about a project, Rob Zombie shares fan art for The Munsters featuring Herman, Lily, and Grandpa. Zombies The Munsters is based on the 1960s family sitcom of the same name. The original Monsters was a satire of American suburban life that followed a family of benign monsters living at 1313 Mockingbird Lane. The original series ran for two years from 1964 to 1966, and it received several follow-up films and reboot attempts.

In June 2021, Zombie confirmed rumors that he was developing a feature film reboot of The Munsters. The film is being written, directed, and produced by the filmmaker who is a life-long fan of the television series. The Munsters will star Jeff Daniel Phillips as Herman Munster, the family patriarch that appears as Frankenstein’s monster, Sheri Moon Zombie as his vampire wife Lily, and Daniel Roebuck as Lily’s father, Grandpa. Richard Brake, Sylvester McCoy, Jorge Garcia, and Catherine Schell have also been confirmed as cast members alongside Cassandra Peterson who is best known as Elvira, Mistress of the Dark. Filming for The Munsters has already begun in Hungary.

Rob Zombies The Munsters is being eagerly anticipated by horror fans, and the filmmaker himself is sharing in the excitement. Zombie recently shared a piece of Monsters fan art on his Instagram account with the caption crediting the original artist. The fan art was created by user peppyohare, and it depicts Herman, Lily, and Grandpa posing together. Zombie gave his official approval to the art piece with the words, “Love this awesome artwork … So many talented artists out there”. Check out Zombie’s post below:

Zombie’s excitement for his upcoming Monsters is very obvious. Throughout the film’s development, Zombie has frequently taken to Instagram to update his fans on the film’s progress. He has been highlighting the production’s attention to detail, and the cast and crew’s hard work in bringing the 1960s sitcom to the big screen. Zombie even confirmed that, unlike his previous work, The Munsters will be rated PG, keeping in line with the original sitcom. Now, as he boasts a fan’s artwork on his own account, Zombie shows he is just as much a part of the Monsters fandom as anyone else.

Despite all of Zombie’s updates on social media, neither a release date nor a trailer for The Munsters has been released. Previous reports set the film’s premiere for the Fall of 2022, so it seems likely that one or the other will be revealed soon. Until then, fans can only look to Zombie for the next update on The Munsters and other pieces of detailed fan art.

Next: Rob Zombie’s Munsters Color Tease Would Be A Mistake

Every Type Of Magic In The MCU & Which Is Most Powerful

Molly Jae is a freelance writer based in the DFW area of ​​Texas. She is a graduate of Arizona State University with a degree in Film and Media Studies. As a lifelong Marvel fangirl, she spends most of her time trying to convince others Iron Man was right.