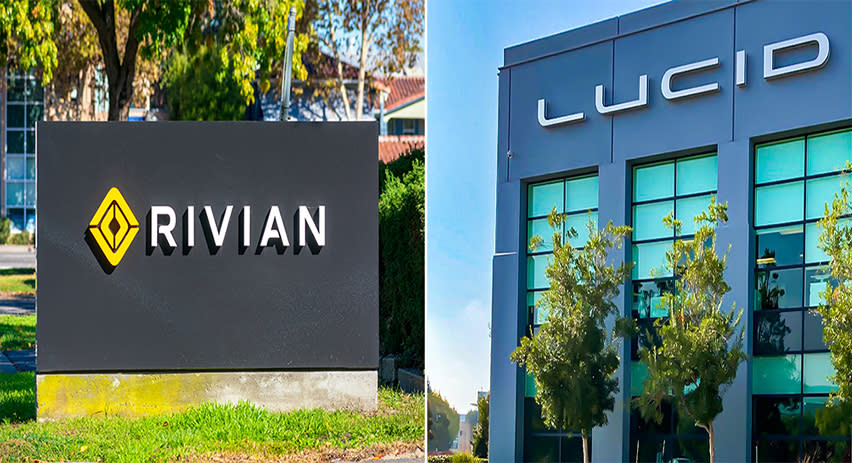 Out of this entire field of electric car companies, however, investment bank Morgan Stanley asked its customers this question: “RIVN ($ 60bn) or LCID ($ 50bn): What Would You Rather Own Right Now?”

That narrowed down the choices pretty dramatically, and made it pretty clear which EV companies Morgan Stanley, at least, thinks are worth watching. The response from the investment bank’s clients was equally as clear. By a margin of 87% to 13%, the 46 big Morgan Stanley clients answering the survey voted that they would rather own Rivian stock than Lucid Motors.

Why do Morgan Stanley customers prefer Rivian? Here are just a few of the responses tendered:

“I think Lucid aims to compete in the luxury sedan segment, which has a small TAM and big competitors including Tesla. “

In contrast, “Rivian R1s do not yet face Tesla competition, particularly as Cybertruck is delayed. “

“RIVN … the Company has real products that are actually moving down the production line, whereas LCID does not have full scale delivery capabilities at this point in time. Add in the investments from AMZN / F … it’s hard to ignore. “

And “RIVN … because of the Amazon order and the support they are getting. “

Granted, the voting was not unanimous, and as Morgan Stanley analyst Adam Jonas observed, “the market appears to be making the case that LCID can scale its award-winning Air into new segments and far lower price points to achieve many hundreds of thousands or potentially millions of units of EVs at some point in the future. ” When combined with the belief (voiced by some Morgan Stanley customers surveyed) that “LCID tech is better” than Rivian’s, there’s actually the potential for both of these stocks to outperform over time.

That being said, after crunching the numbers Jonas concludes that Lucid shares at roughly $ 27 a pop cost about 69% too much for Morgan Stanley’s “more conservative expectations,” and Jonas concludes the shares are probably only worth about $ 16. In contrast, Rivian – even at an apparently higher price point of more than $ 58 per share – looks like a better bargain.

Although even Jonas does not expect to see Rivian turn profitable this year or next, the analyst nonetheless believes Rivian’s greater mass market appeal and greater number of orders in the pipeline deserves a premium price. Within one year, Jonas forecasts that Rivian stock will be trading at $ 147 a share – more than a 150% increase from where it trades today, and an increase worthy of an “outperform” rating. (To watch Jonas’ track record, click here)

What do other analysts have to say about Rivian? 11 Buys and 4 Holds add up to a Moderate Buy analyst consensus. Rivian shares are priced at $ 58.9 and have an average price target of $ 133.21, suggesting ~ 126% one-year upside. (See RIVN stock forecast on TipRanks)

Disclaimer: The opinions expressed in this article are solely those of the featured analyst. The content is intended to be used for informational purposes only. It is very important to do your own analysis before making any investment.