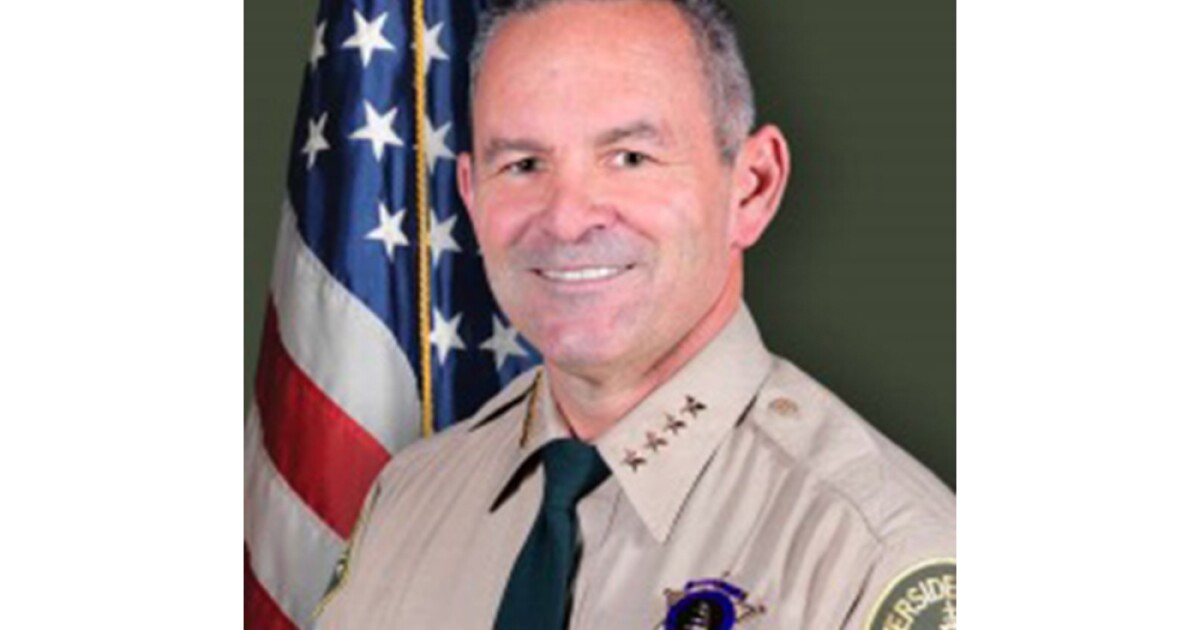 Riverside County Sheriff Chad Bianco recently took to Facebook to chastise a group of abortion rights protesters for defacing the county courthouse with green paint. He also claimed that City Councilwoman Clarissa Cervantes supported the vandalism, saying, “You are lucky we couldn’t arrest you.”

City officials and residents on Tuesday asked Bianco to apologize, calling his comments harmful. Cervantes said her council office has received a large volume of critical phone calls and that she’s received threats on social media.

“It’s been extremely challenging to process that our sheriff would not only do this to an elected official, but to a person, without offering any evidence or proof,” Cervantes told The Times.

Bianco took office in 2019 and acknowledged that in 2014 he was once a paying member of the Oath Keepers, a far-right, anti-government group whose ranks participated in the US Capitol insurrection on Jan. 6. The information was part of a data leak that revealed the group’s donor list, and Bianco claimed that he did not renew his membership.

This June, Bianco won reelection as sheriff and in his Facebook post he reminded voters that he would continue to prosecute criminals in the county.

“As long as you keep electing me, this disgusting behavior will never be tolerated,” Bianco said in the same post where he accused Cervantes of participating in the vandalism.

Cervantes denied being involved in the protest and said in a Facebook post she was in the downtown Riverside area the day of the protest for dinner and to attend a gallery show.

Approximately 30 protesters gathered at the county courthouse Saturday to bring attention to the overturning of Roe vs. Wade by the US Supreme Court. County officials said the group smeared green paint on columns near the courthouse entrance and five people were charged with felony vandalism.

Bianco called anyone who participated in the protest “a common criminal” in a Facebook post and claimed that an unnamed councilwoman supported the vandalism. Several hours later, Bianco clarified that he was referring to Cervantes and not any of the other councilwomen.

“I apologize to Councilwoman Gaby Plascencia and Erin Edwards if my post caused you unnecessary attention,” Bianco wrote. “It was Clarissa Cervantes who was present.”

Cervantes said she was only passing by the protest, asked a Riverside police officer what was happening and thanked him for his service, according to a statement she posted on Facebook. Riverside police public information officer Ryan Railsback confirmed that police reviewed body camera footage from the scene and Cervantes’ interaction at the protest lasted a few minutes.

Cervantes said that Riverside police made that clear to Bianco, but he has not removed his post from Facebook. He also has not called to apologize or offer any explanation.

“For myself, it’s extremely concerning and alarming that our sheriff would put my life in harm’s way and my family by extension,” Cervantes said. “I have a daughter.”

The sheriff’s office did not respond to requests for comment. The Press Enterprise reported that a spokesperson for the sheriff’s department said it would not issue an apology.

Tuesday’s regular city council meeting, dozens of residents asked for an apology. Residents called Bianco’s comments inflammatory. Councilwoman Gaby Plascencia said she has been the target of harassment since being elected to office in 2019 and called it “beyond shameful” that Cervantes is receiving the same type of intimidation.

“We know that when we walk into the political world it’s going to be messy,” Plascencia said. “But nobody signs up to be attacked or threatened.”

She did not directly call out Bianco by name, but said that comments posted to social media can be damaging.

“The damage is done. The threats are there,” Plascencia said.

Rosy Cortez, an artist who was with Cervantes on Saturday, said Cervantes was not involved in the vandalism and only interacted with the police at the courthouse for a few minutes. She could not believe that the brief interaction resulted in Bianco making a false claim on social media.

“I think his posts were incredibly damaging and they were immediately accepted as facts by thousands of people, which caused threats to her personal safety,” Cortez said.

Cervantes was first elected to office in June 2021 and previously worked as an organizer with SEIU, where she represented healthcare workers and registered nurses in Southern California. Here sister, Sabrina Cervantes, currently represents Riverside in the California Assembly. On Tuesday, she was joined by Assemblymembers Eduardo Garcia (D-Coachella) and Jose Medina (D-Riverside) in demanding an apology from Bianco.

“It is reprehensible for our county’s chief law enforcement officer to recklessly publish false and inflammatory statements that place people in immediate danger and compromise the safety of fellow elected officials and their families,” the legislators said in their statement.

Until June, Cervantes was also a senior strategist with Bergmann Zwerdling Direct, a firm that worked with candidate Michael Lujan in his unsuccessful run to unseat Bianco as sheriff during the primaries.

Cervantes does not know if that played a role in Bianco’s comments directed at her.

“Coming into these positions as elected officials, it’s so important that we’re intentional and mindful and thoughtful of our how we use our words. And what we put out and release to the general public,” Cervantes said. “I would hope that we could all learn from this.”