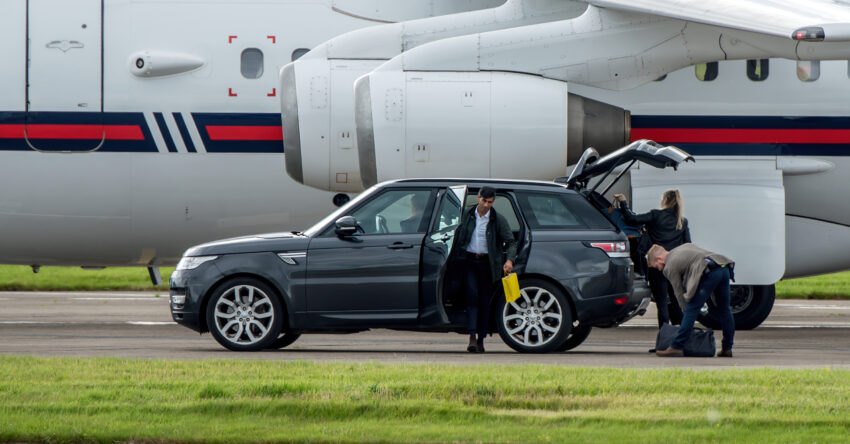 Rishi Sunak’s wife has announced that she will pay UK taxes on all her overseas income and said that she does not want to become a “distraction” from her husband’s political career.

The chancellor has been left fighting for his political career this week after his wife Akshata Murty admitted that she has non-domicile status, meaning she does not pay UK tax on foreign earnings.

Murty has a £ 690 million stake in Infosys, the Indian technology company founded by her father, and has received £ 11.6 million in dividends in the past tax year. Experts said the arrangement means she has avoided up to £ 20 million in UK tax.

Sunak has accused critics of smearing his wife and claimed that as a private citizen she is entitled to privacy. He has argued that she pays all taxes that are due on her worldwide income.

However, in a statement tonight Murty admitted that her tax status was not “compatible” with her husband’s role as chancellor and said she would no longer claim the exemption on her overseas earnings. She said that while she would remain an Indian citizen she was proud that her daughters were British.

“I understand and appreciate the British sense of fairness and I do not wish my tax status to be a distraction for my husband or to affect my family,” she said.

She announced that she would now pay UK tax on all her worldwide income, including the last financial year. The tax will apply to dividends from her shareholding in her father’s company and any capital gains. However, it will not apply to earlier years.

She said: “Until now, I have tried to keep my professional life and my husband’s political career entirely separate.

“Since Rishi entered parliament, he has not involved himself in my business affairs and I have left politics to him.

“When I met him we were 24-year-old business school students, living in another country, and had no idea of ​​where life would take us. Rishi has always respected the fact that I am Indian and as proud of my country as he is of his.

“He has never asked me to abandon my Indian citizenship, ties to India or my business affairs, despite the ways in which such a move would have simplified things for him politically. He knows that my long-standing shareholding in Infosys is not just a financial investment but also a testament to my father’s work, of which I am incredibly proud. ”

She said that she would retain her Indian citizenship and Indian domicile for tax purposes, while not claiming the remittance she was entitled to. She said: “My decision to pay UK tax on all my worldwide income will not change the fact that India remains the country of my birth, citizenship, parents’ home and place of domicile. But I love the UK too. In my time here I have invested in British businesses and supported British causes. My daughters are British. They are growing up in the UK. I am so proud to be here. ”