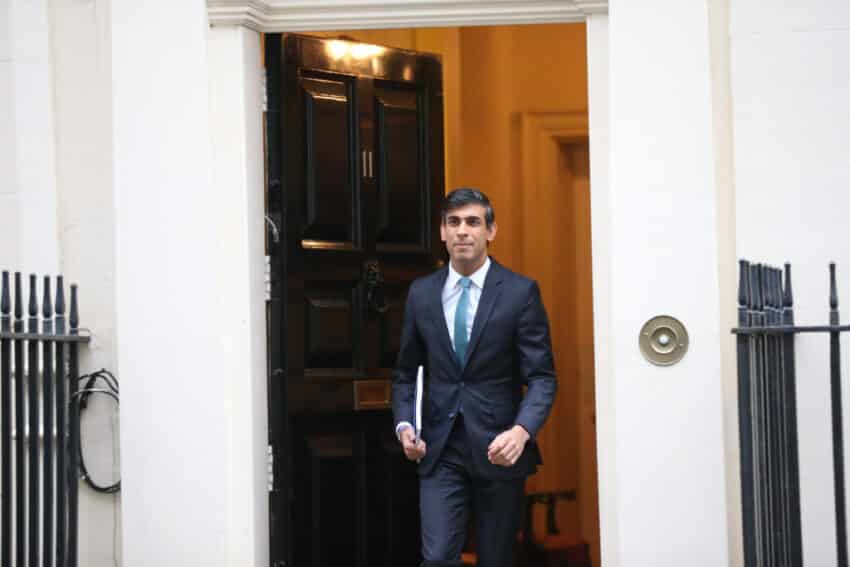 The chancellor, Rishi Sunak, will say he wants to cut taxes “sustainably” and downgrade the role played by the state as an engine of growth, in a landmark speech that aims to quell concern among Tory backbenchers about the tax burden rising to its highest level in 70 years.

Spelling out a personal philosophy on Thursday in his first major speech since Downing Street scandals opened the door for a change of leadership at the top of the Conservative party, Sunak will say only a market economy, driven by private sector spending, will create the dynamism needed to maintain sustainable growth.

Governments should set the conditions for businesses and households to thrive, but otherwise should take a back seat, he will argue.

“I firmly believe in lower taxes,” he will say in the Mais lecture, an annual event at Bayes business school that chancellors have used in the past to outline their overarching doctrine.

A rise in national insurance in April and tax rises on businesses next year will push the overall level of tax to about 35.5% of GDP by the end of parliament – its highest level since 1948.

Though still lower than France, at more than 40%, and Germany at 39%, several Tory MPs have complained that the rise in taxes will undermine the party’s economic credibility at a time when households face an unprecedented squeeze on living standards.

While some MPs are expected to interpret his comments as a rebuff to Boris Johnson’s aim to ramp up government spending to level up the regions and improve public services, Sunak will point to a rise in public sector investment to its highest sustained level as a proportion of GDP since the 1970s, as proof that he takes a balanced view of the public finances.

“The most powerful case for the dynamic market economy is that it brings economic freedom and prosperity,” Sunak will say. “And the best expression of that freedom is for all of us to be able to make decisions about how to save, invest or use the money we earn.

“The marginal pound our country produces is far better spent by individuals and businesses than government.”

In 1984 Nigel Lawson used the Mais lecture to spell out his belief that personal financial freedom and free markets were the path to sustainable growth.

Sunak will echo these comments, saying: “As a machine for innovation and growth the free market is positively correlated with almost everything we imagine is desirable for humanity: higher living standards, greater wellbeing, longer lives lived in greater leisure, freedom and peace. ”

Adding: “Capital. People. Ideas. Three priorities to deliver higher productivity, tied with one golden thread: that what government does is far less important than creating the conditions for private businesses and individuals to thrive. ”

But in a warning to the right of the Conservative party, Sunak will dismiss the claim “tax cuts always pay for themselves”, describing it as “flippant”.

He will challenge the idea that taxes should be cut even when that would leave spending budgets unfunded, saying: “I am disheartened when I hear the flippant claim that ‘tax cuts always pay for themselves’. They do not.

“If the Tories had matched Labor’s record on growth in government, businesses would have grown faster and people would have had higher incomes, boosting public finances.