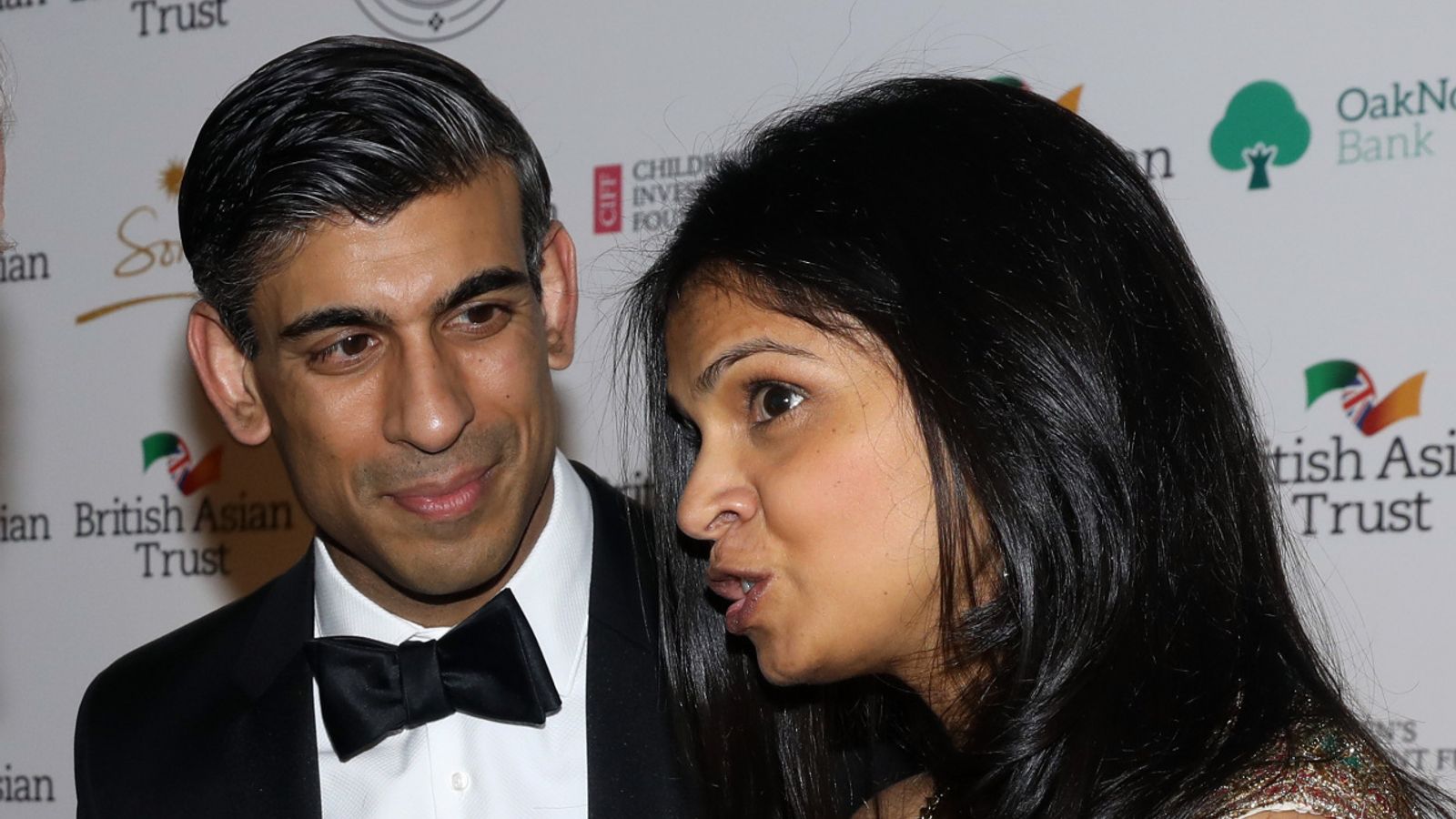 Rishi Sunak has dramatically broken his silence in the row over his wife’s tax affairs, declaring: “To smear my wife to get at me is awful.”

In an interview with The Sun, hitting back at attacks by opposition MPs on his multi-millionaire wife, he said: “She loves her country like I love mine.”

Mr Sunak told The Sun: “People, I do not think, have an issue with the fact that there’s an Indian woman living in Downing Street.”

The chancellor came out fighting after Labor leader Sir Keir Starmer accused him of “breath-taking hypocrisy” over his Indian-born wife’s status as a “non-dom”.

That means, because she is an Indian citizen she does not have to pay UK tax on income from foreign investments or earnings, but pays UK taxes on her UK income.

Mr Sunak claimed the attacks on his wife, Akshata Murtywere unpleasant and unfair and insisted his wife had done nothing wrong or broken any rules but had followed the letter of the law.

“I would hope that most fair-minded people would understand – though I appreciate that it is a confusing situation that she is from another country,” he said.

“Every single penny that she earns in the UK she pays UK taxes on, of course she does.

“And every penny that she earns internationally, for example in India, she would pay the full taxes on that.

“That is how the system works for people like her who are international who have moved here.”

‘Chancellor is completely out of touch’

Rejecting Sir Keir’s claims of hypocrisy, Mr Sunak admitted non-dom status had been tarnished by some British-born people attempting to use it to dodge tax.

But he insisted this was not about attempting to pay less tax, saying: “The rates do not make a difference.

“I can appreciate people find this situation confusing.

“But what it comes down to is, my wife was born in India, raised in India. Her family home is in India, she obviously has a very close connection. She has investments and a career independent of me.

“She had this well before we met, before she moved to this country.

“It would not be reasonable or fair to ask her to sever ties with her country because she happens to be married to me.

“She loves her country. Like I love mine, I would never dream of giving up my British citizenship. And I imagine most people would not.”

But Mr Sunak said she is not a British citizen and cannot hold dual citizenship while remaining an Indian, so she pays tax in both countries.

“These are her choices, right?” he said. “She’s a private citizen, and of course I support my wife’s choices. She’s not her husband’s possession.

“Yes, he’s in politics, and we get that but I think you know, we get that she can be someone independent of her husband in her own right.

“She has had her own career. She has her own investments and is paying the taxes that she owes in the UK. She is 100% doing everything this country asks of her.”

Mr Sunak said it was unfair to go after his wife because she is a private citizen. He added: “I’m an elected politician. So I know what I signed up for.

“And you know that my motivation in this is trying to do the right thing for the country.

“And I know that that’s not always popular. So I did not get into this to have popular headlines, I got into this to do what I think is right.

“And I’m signed up for that and you know, you’re going to get criticism for the decisions you make. But it’s different when people are trying to attack you by coming at your family and particularly your wife. It’s unpleasant, especially when she has not done anything wrong.

“She has not broken any rules. She’s followed the letter of the law.

“And if she was living here and did not just happen to be married to me this obviously would not be at all relevant.”

‘Chancellor is completely out of touch’

He continued: “There’s a difference between people who are elected and, obviously, rightly subject to scrutiny and accountability. And that’s completely fair and reasonable.

“But their families are not elected politicians. They are private citizens. And especially as she has not done anything wrong.”

On her non-dom status, he said: “I appreciate that in the past British people were trying to use this thing to basically not pay any tax in the UK. I can see that from my inbox, right? That’s a very clear perception .

“But that’s not the case here. She’s not a British citizen. She’s from another country. She’s from India.

“That’s where her family is. That’s where she, you know, will ultimately want to go and look after her parents as they get older.

Mr Sunak also claimed people are using her family wealth to attack him, saying: “These are attempted smears of my father-in-law, who I’m just enormously proud of.

“That guy came from nothing and has created a world-class business that employs I think about a quarter of a million people around the world and changed the face of India.

“If I achieved a tenth of what my father-in-law achieved in his life, I’d be a happy person. I’m really proud of what he achieved.”