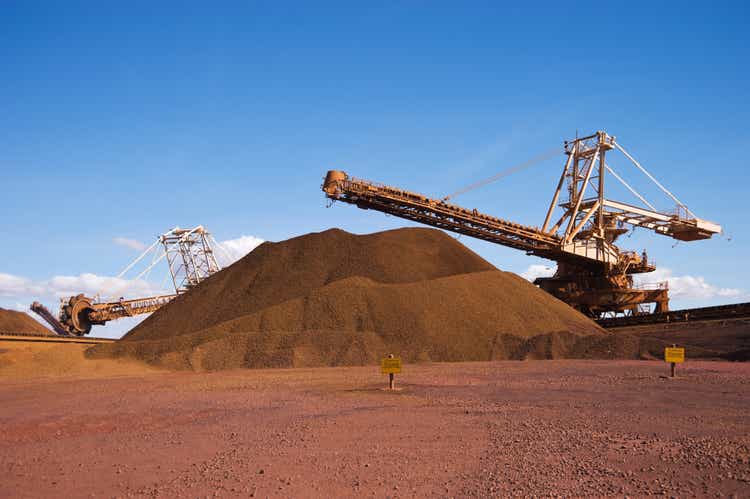 Rio Tinto (NYSE: RIO) said it is near a breakthrough in a deal to develop the massive Simandou project in Guinea, the world’s biggest untapped iron ore mine, Bloomberg reported Wednesday.

Negotiations between investors and Guinea’s government to build a railway for exporting ore finally may be nearing a resolution, which “could happen very quickly,” Rio Tinto (RIO) CEO Jakob Stausholm said.

Rio’s (RIO) negotiating team is now in the Guinean capital Conakry, where talks with the parties are ongoing, Stausholm said, declined to offer specifics.

Negotiations are focusing on whether the government should have to pay for its share of the rail and port building costs, which could run more than $10B, Bloomberg reports.

Getting Simandou under development would be a second major win for the CEO, after striking a deal with Mongolia earlier this year on Rio’s (RIO) flagship Oyu Tolgoi copper project.

Rio Tinto (RIO) earlier reported a 29% drop in H1 profit and that it cut its dividend.