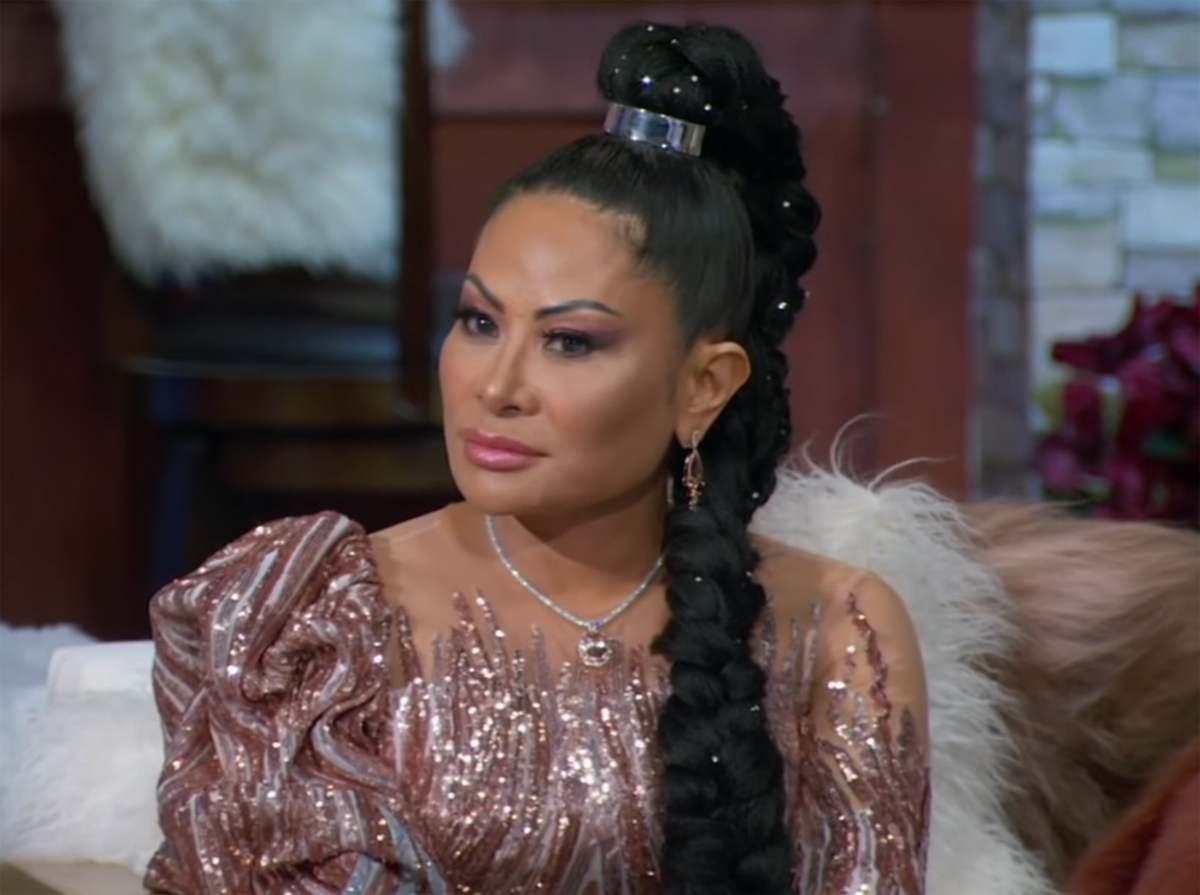 Jen Shah is opening up about a dark time in her life.

During the latest episode of The Real Housewives of Salt Lake City on Wednesday, the 49-year-old shared with co-star Whitney Rose that she attempted suicide amid her fraud trial. She admitted “the whole Angie Harrington and Chris Harrington [thing] affected me so much that I tried to take my life,” adding:

“I tried to commit suicide and my husband had to take me to the hospital.”

Related: Prince Harry ‘Hates’ Himself For Brushing Off Meghan’s Suicidal Thoughts At First

In case you didn’t know, Chris made an anonymous account on the social media platform “shahexposed” in the middle of her legal battle in order to put other Bravo personalities on blast, including her frenemy, Lisa Barlow. In the episode, Jen argued that using her last name implied her family was involved with the page when they weren’t. The online trolling, in addition to her legal woes, ultimately pushed the Bravolebrity to her breaking point. She explained in a confessional:

“When I found out about shahexposed, it came on a day when there was just a lot of negativity dealing with the trial. And I got to the point that day where I was done. I locked myself in the bathroom and Coach was so scared, he had to kick the door down because he didn’t know what I was going to do, and Coach had to take me to the hospital.”

It’s an important reminder that you never know how your words or actions will impact and hurt someone, no matter who they are.

In another episode of RHOSLC, Jen previously revealed she started taking antidepressants after the accusations against her. For those who don’t know, she was accused of carrying out a massive telemarketing scam that took millions of dollars from elderly victims.

It certainly has been a difficult time when it comes to her court case this year. As you may know, she shockingly pled guilty in July to committing “wire fraud” and knowingly offering fake services to people “over the age of 55” after maintaining her innocence for months. Her sentencing has been pushed back, and she is expected to find out her punishment on January 6, 2023. She potentially faces up to 14 years behind bars and might be forced to shell out up to $9.5 million in restitution.

Considering the guilty plea, it certainly seems fair for people to decry her actions publicly. But there’s a fine line between that and personal bullying…

As for her future on RHOSLC? During BravoCon 2022, executive producer Andy Cohen previously suggested Jen won’t be coming back for another season:

“Once we wrapped [Season 3 and] she pled guilty, I think that was kind of, unfortunately, the end of, you know, the engagement there. But I hope to sit down with her and talk to her at some point on camera because I have a lot of questions for her.”

There is a lot up in the air right now for Jen, so we hope that she’s in a better place with her mental health now. Especially since she’s still facing some serious prison time. Reactions? Let us know in the comments.