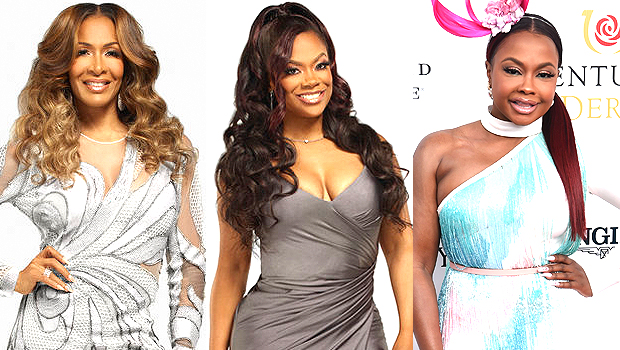 During an appearance on Pay Attention, Puh-Lease! – HollywoodLife’s Real Housewives podcast – on April 28, Real Housewives of Atlanta legend Sheree Whitfield dished on many things from why she needed a break from the show and why now was the best time to come back. She also revealed who she thinks brings the most drama in Season 14 and why she’s glad Marlo Hampton finally got a peach!

And when it came to discussing major moments from the past, Sheree told us that she wishes Kandi Burruss spirit Phaedra Parks could get past their longstanding feud. As fans know, Phaedra started a rumor that Kandi tried to drug and take advantage of fellow costar, Porsha Williams. The rumor was revealed during a lunch date between Porsha and Kandi in Season 9, but Porsha never revealed her source. Viewers later found out during the four-part reunion that Phaedra was the one behind the accusation, and when Kandi discovered the source, she stormed out in tears. After the reunion wrapped, Phaedra was fired and she has yet to make amends with Kandi.

“I really think it’s unfortunate, but I see both sides,” Sheree told us, when we asked her how she feels about the feud many years later. “I talked to Kandi because I actually mentioned it to her. Spirit [I asked]’Can’t you just talk to her [and] forgive [Phaedra]? ‘ And she’s just adamant – she [said], ‘No.’ Her thing is it was more about [hurting] her business and things like that [by] just putting a rumor out there like that, which was pretty bad. It was very bad. [But] I was hoping it would be something they’d be able to talk out and work on – I’m not saying they need to be best friends or even friends, just cordial and be able to be on the same show. ”

Kandi clearly is not ready to forgive Phaedra, and she previously told The Breakfast Club (via Cheat Sheet) that she would quit RHOA if Phaedra was ever invited back.

Want more? Listen to the full interview on iTunes or Spotify! Plus, the Season 14 premiere of The Real Housewives of Atlanta airs this Sunday, May 1, at 8pm on Bravo.