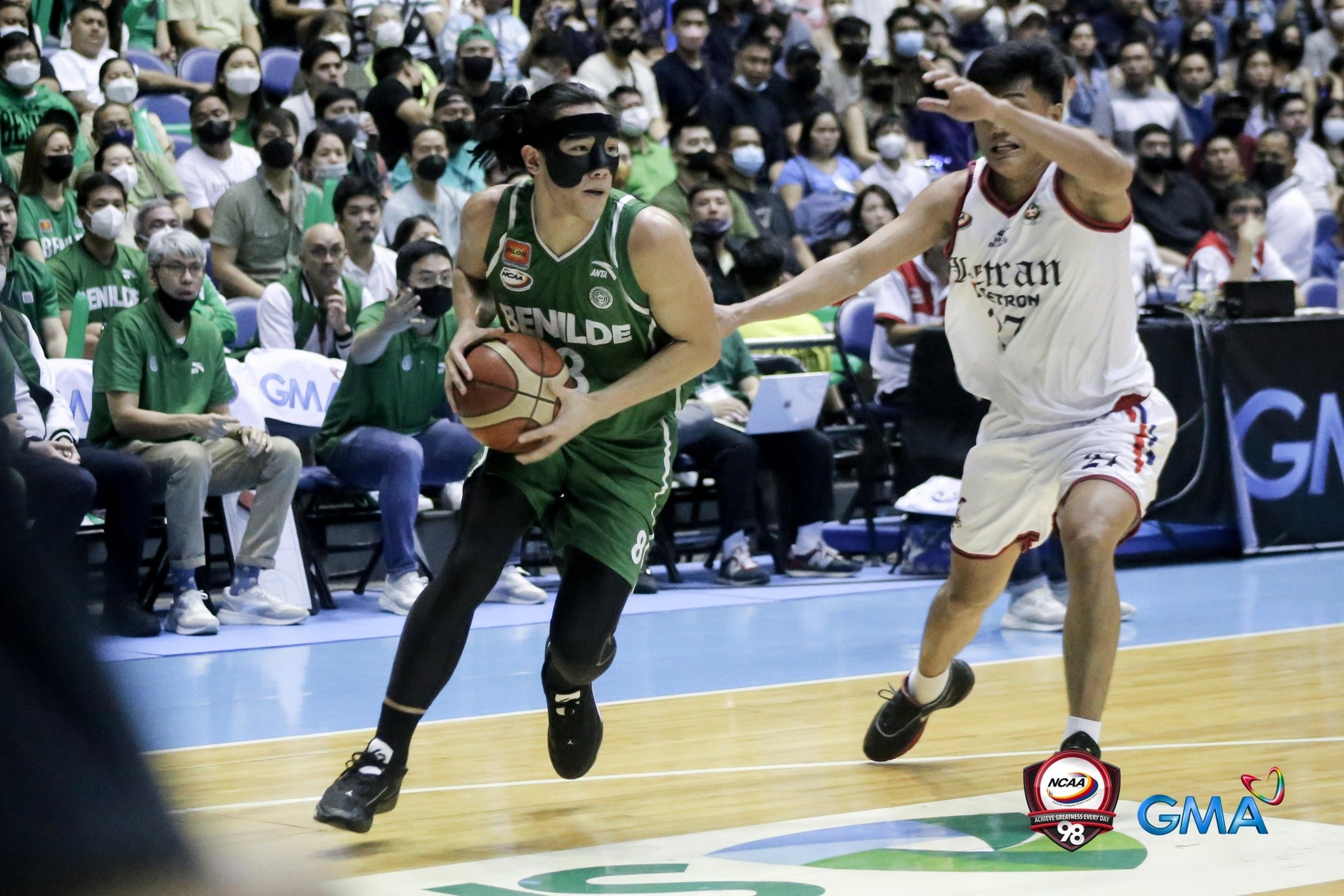 Refusing to land on the wrong side of NCAA history without a fight, College of St. Benilde on Sunday carved out a 76-71 nipping of Letran at Smart Araneta Coliseum to take the best-of-three title series for the Season 98 title of the men’s basketball competition to a deciding game.

And Blazers coach Charles Tiu knows that despite what they pulled out, the Knights will have all sorts of advantages going for them next week at Ynares Center in Antipolo City.

“You can say we have the momentum, but they’re still the champion team,” Tiu said of the Knights, who are looking to win a third straight title, and a second this year. “They don’t panic at all. Even if it looked like we were making a run, they were still composed.”

Tiu’s Blazers also didn’t panic as newly-crowned Most Valuable Player (MVP) Will Gozum delivered in the stretch on both ends, his left-handed layup giving Benilde a 73-71 edge.

It was the first Finals game victory for the Blazers since 2000, when they swept San Sebastian for their first NCAA title.

Letran could also be one veteran guard short for the rubber match with former Finals MVP Fran Yu likely to serve a one-game suspension after being thrown out for a wayward elbow to Mark Sangco’s face with 5:29 left in the second period.

League rules bar a player from playing in his next game after getting tossed out of a prior match.

“It was clear in the video, our player got elbowed in the face and you can’t keep getting away with that,” said Tiu.

Tiu believes that Letran will still have the edge in Game 3 after the Knights—already without Yu—erased an 11-point halftime deficit to tie it all up at 49 and keep the outcome hanging in the balance from there.

Miggy Corteza and Gozum finished with identical 21-point and 10-rebound efforts in the series-extending win. The returning Migs Oczon had 15 points and seven rebounds to complete a three-edged sword for the Blazers.

Brent Paraiso finished with 16 points in a losing effort, with Louie Sangalang contributing 11 and 10 boards for Letran. INQ