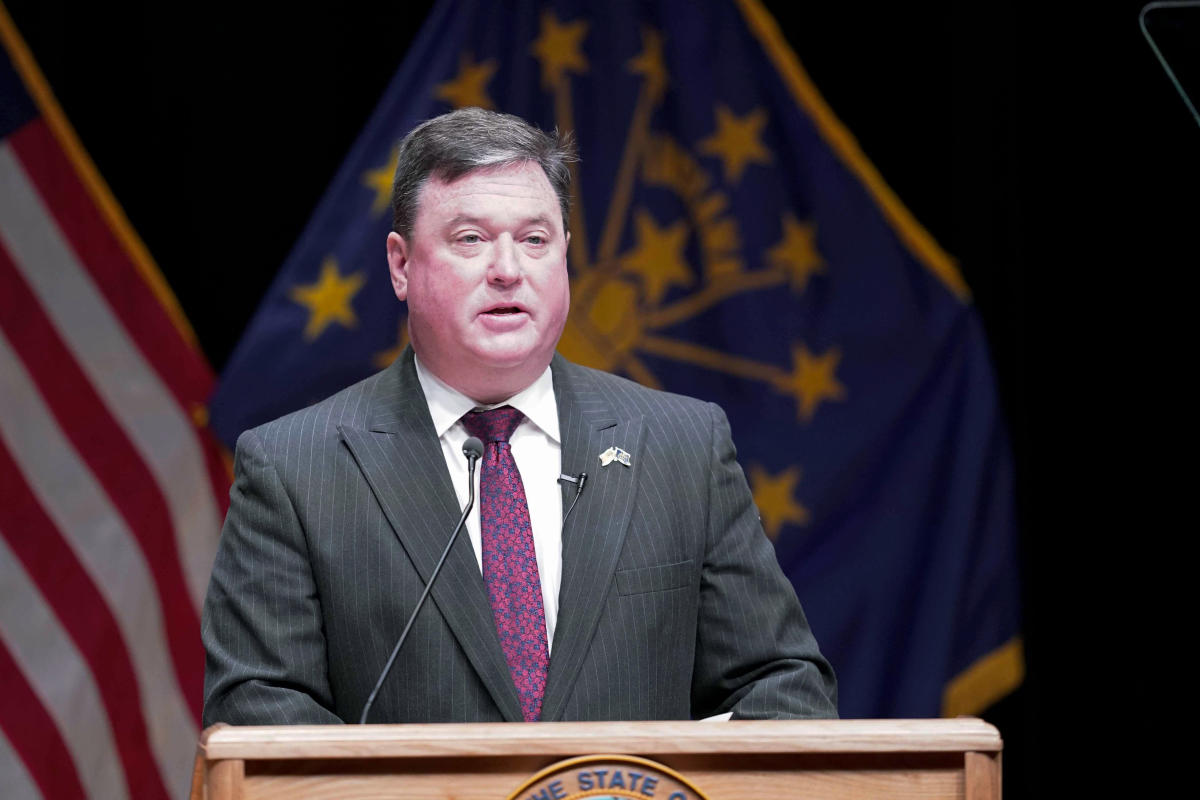 Indiana’s Republican attorney general said on Wednesday that his office planned to investigate the Indiana doctor who helped a 10-year-old rape victim who crossed state lines to have an abortion.

Dr. Caitlin Bernard, an obstetrician-gynecologist in Indianapolis, has told multiple outlets that she provided care to the 10-year-old after a child abuse doctor in Ohio contacted her. The child was six weeks and three days into the pregnancy, Bernard said. After the Supreme Court overturned Roe v. Wade last month, a wave of state-level abortion restrictions took effect, including in Ohio, a state that bans abortions after about six weeks of pregnancy, with no exceptions for rape or incest.

“We’re gathering the evidence as we speak, and we’re going to fight this to the end, including looking at her license if she failed to report. And in Indiana it’s a crime… to intentionally not report, ”state Attorney General Todd Rokita said on Fox News on Wednesday night. “This is a child, and there’s a strong public interest in understanding if someone under the age of 16 or under the age of 18 or really any woman is having abortion in our state. And then if a child is being sexually abused, of course parents need to know. Authorities need to know. Public policy experts need to know. ”

Abortion in Indiana is banned after 22 weeks of pregnancy, with some exceptions for medical emergencies. There are strict reporting requirements in both Ohio and Indiana for abortions and rape allegations.

Ohio’s Republican attorney general, Dave Yost, said on Fox News Monday that there was no evidence of a report being filed for the 10-year-old’s case.

The account about the young girl has garnered national attention amid the fall of the constitutional right to abortion in the United States – and has become a key focus of the abortion debate. The account sparked intense dialogue in Washington, with some questioning the story’s validity, particularly after President Joe Biden cited the episode last week while slamming the court’s decision in a major speech on abortion policy.

“She was forced to have to travel out of state to Indiana to seek to terminate the pregnancy and maybe save her life,” Biden said in remarks at the White House last week. “Ten years old – 10 years old! – raped, six weeks pregnant, already traumatized, was forced to travel to another state. ”

The speculation stopped on Wednesday when Gerson Fuentes, 27, was arrested and charged with the girl’s rape, a felony of the first degree in Ohio. Police say he confessed to raping the child at least twice. The Columbus Dispatch first reported the arrest.

The clean-up followed shortly after the news of the arrest. Ohio Republican Rep. Jim Jordan deleted a tweet in which he had called the story “another lie.” The Wall Street Journal editorial page had to walk back on an editorial titled “An Abortion Story Too Good To Confirm” that called the case a “fanciful” tale. And Yost, who originally cast doubt on the story, tweeted on Wednesday that his “heart aches” for the child and that he was grateful for the arrest – not acknowledging his previous skepticism.

Even before Biden used the example in his remarks, the case was already receiving significant attention. The Indianapolis Star reported on July 1 that Bernard received a call from a child abuse doctor in Ohio three days after the Supreme Court overturned Beet. Bernard put out her own statement on Wednesday night.

“My heart breaks for all survivors of sexual assault and abuse. I am so sad that our country is failing them when they need us most, ”Bernard wrote on Twitter. “Doctors must be able to give people the medical care they need, when and where they need it.”

Aside from Rokita’s warning, it’s not yet clear whether Indiana will actually prosecute Bernard. But abortion rights activists and legal experts have been warning for weeks of the unprecedented legal risks doctors face in the wake of Roe’s fall.