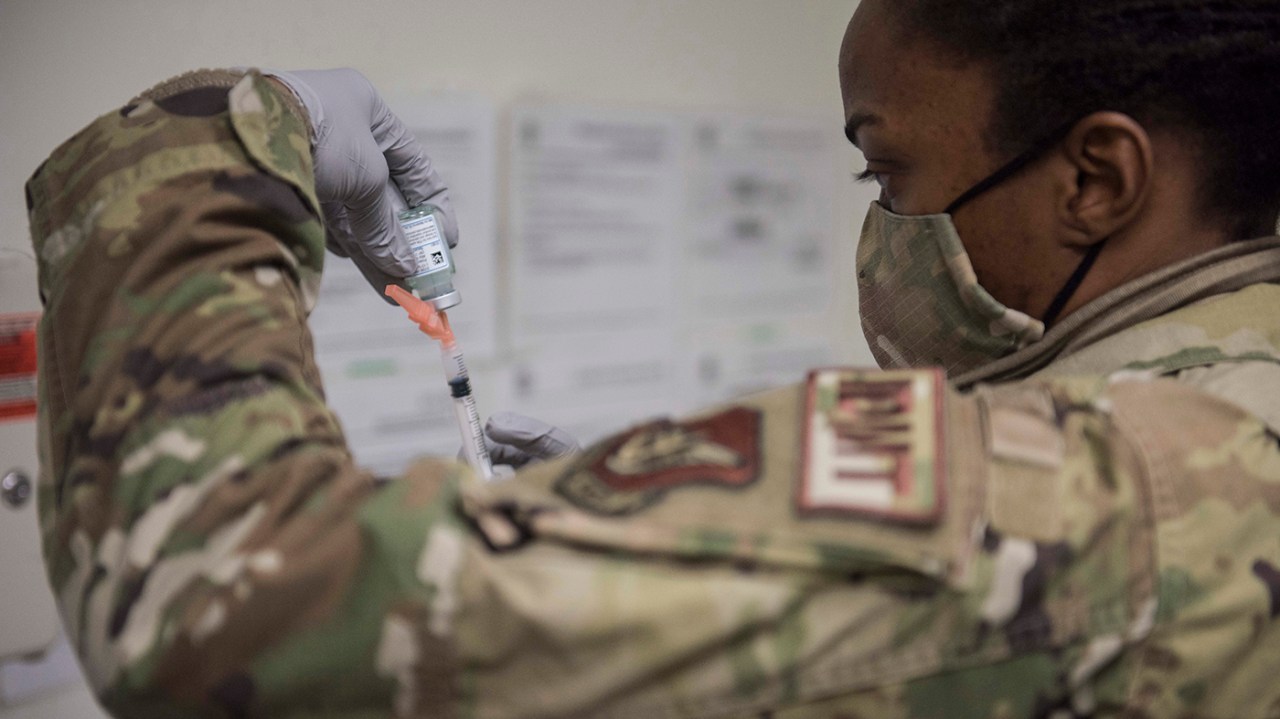 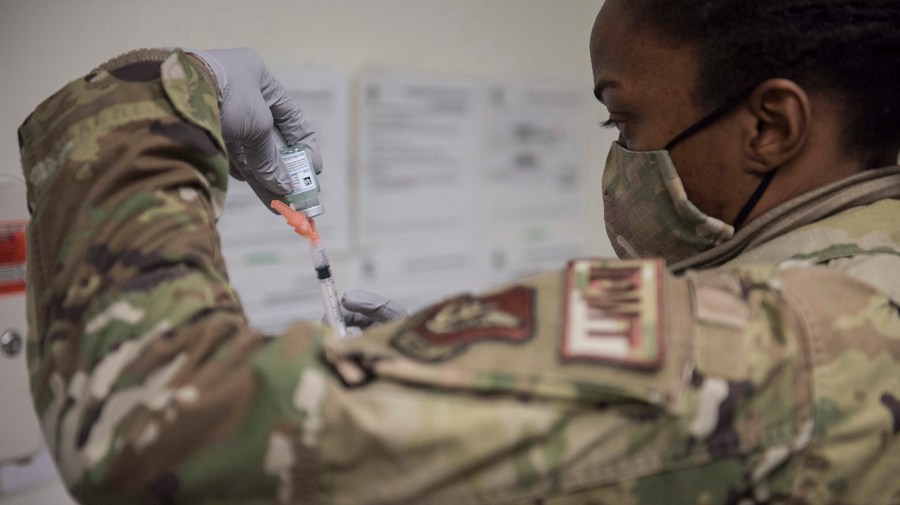 The elimination of the Pentagon’s COVID-19 vaccine mandate as part of the defense policy bill represents a surprise concession by Democrats, and shows how the politics of the pandemic have changed.

Vaccine mandates have been championed by the Biden administration, congressional Democrats and blue state governors as an important tool in the fight against the coronavirus.

The Pentagon’s policy took effect in August 2021 during the height of the omicron wave, when the Biden administration was pulling out all the stops to jump-start lagging vaccination rates. The mandate has led to the dismissal of nearly 8,500 service members.

Cash giveaways, dating app partnerships and even free college tuition were barely moving the needle, so the administration decided new rules were necessary to force the issue.

As a result, the White House announced a slew of vaccine-or-test mandates that would cover roughly two-thirds of all public and private sector workers.

Republicans have been steadfast in their opposition. The Supreme Court eventually blocked the administration’s vaccine-or-test mandate for large employers. The court allowed a vaccine-only mandate for health providers at federally funded facilities.

The White House and the Defense Department said the military’s vaccine mandate was essential in protecting troops from COVID-19. The Pentagon has long mandated certain vaccines, and the coronavirus one was no different. The department said it would prevent outbreaks of the virus that could hit entire units, putting military readiness at risk.

Republicans in both chambers saw the annual defense bill as an opportunity to get rid of the Pentagon’s mandate, and threatened to block the $847 billion legislation.

But by giving in to Republican demands, Democrats acknowledged that the public has moved on, and there’s not much appetite for any sort of virus-fighting rules.

“The policy that the Department of Defense implemented in August of 2021 … was absolutely the right policy. It saved lives and it made sure our force was as ready as it possibly could be in the face of the pandemic,” House Armed Services Committee Chairman Adam Smith, (D-Wash.), said during a speech before the House Rules Committee defending the authorization bill.

Smith noted that the Pentagon’s policy is outdated, because it only requires a soldier to get the primary vaccine series.

“Someone who got that shot back in April 2021, that is not protecting you at all today. I think the science on that is very clear, some 18 months later. But the policy says if you got that, you’re good,” Smith said. “So, I think it’s time to update the policy.”

Public health experts agreed that the policy is outdated. The majority of COVID-19 infections are caused by substrains of the omicron variant, and the administration is trying to convince the public to get booster shots that specifically target the omicron variant.

“If it’s not going to be maintained as an up-to-date requirement, it isn’t going to be as effective as it could be, for sure,” said Jen Kates, a senior vice president at the Kaiser Family Foundation.

Kates said the vaccines still work at keeping people from getting severely ill, and mandates help boost vaccination rates. Eliminating the mandate was done in the interest of political expediency.

“I would argue there are unique reasons why the military might require a vaccination. But because COVID has become so politicized, there’s no appetite to go down that road,” Kates said.

Opponents of the vaccine have argued mandates are not effective, because the vaccine won’t entirely prevent transmission or keep someone from getting sick. They also pointed to President Biden’s public comments that the pandemic is “over.”

Republican leaders celebrated the inclusion of the repeal, while also vowing to continue the fight against the administration’s COVID-19 mitigation strategy next term when Republicans control the House.

“Make no mistake: this is a win for our military,” House Minority Leader Kevin McCarthy (R-Calif.) said in a statement Tuesday. He said when the GOP takes over the House next year, Republicans will “work to finally hold the Biden administration accountable and assist the men and women in uniform who were unfairly targeted.”

The defense legislation easily passed the House on Thursday, and the Senate is expected to vote next week.

Democrats characterized removing the vaccine mandate as a necessary compromise in order to get Republicans to support the legislation.

House Majority Leader Steny Hoyer (D-Md.) said on Tuesday that he supported the mandate, but acknowledged that on major bills requiring bipartisan support, like the NDAA, no side gets everything it wants.

With that in mind, he suggested Democrats were open to sacrificing the vaccine mandate for the simple sake of securing passage of the larger defense package.

Sen. Jeanne Shaheen (D-N.H.), a member of the Senate Armed Services Committee, said she was not involved in the decision to jettison the mandate and did not support it.

“I think it’s kind of a foolish decision, because we say that that’s the only vaccine that soldiers don’t have to have? That seems to me a response to something other than a medical decision,” Shaheen said.

The White House and the Pentagon insist that repealing the mandate is a mistake, and will endanger the health of soldiers.

But administration officials were quick to blame Republicans, even though the legislation was a bipartisan compromise.

“What we think happened here is Republicans in Congress have decided that they’d rather fight against the health and well-being of our troops than protecting them,” White House press secretary Karine Jean-Pierre said Wednesday.

“And we believe that it is a mistake, what we saw happen on the NDAA as it relates to the vaccine mandate,“ she added. “Making sure our troops are prepared and ready for service is a priority for President Biden. The vaccination requirement for COVID does just that.”


New VAT system will be fairer but more complex