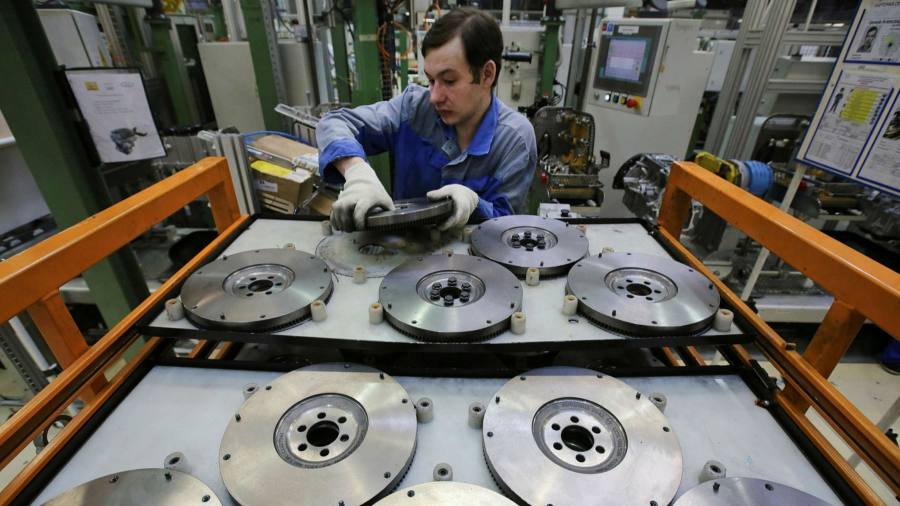 Renault is to transfer its majority stake in Russian carmaker Avtovaz to a public research institute for the symbolic price of one ruble, according to local reports.

The Avtovaz holding will be handed over to the state-backed industry body NAMI, with the French carmaker having the option of a buyback within five or six years, said the news agency Interfax, citing Russian trade minister Denis Manturov.

This move would be one of the clearest examples yet of the stark scenarios facing western companies trying to leave Russia.

Renault declined to confirm or deny the report on Wednesday.

The company had previously signaled it was prepared to walk away from its 68 per cent stake in Lada-maker Avtovaz following the invasion of Ukraine, though like other businesses, from banks to oil majors, it faced a struggle to find external buyers for the holding .

The group’s stake in its Moscow plant, which makes vehicles under the Renault brand, would also be transferred to local government, Manturov said.

The stake transfers mark one of the clearest signs yet that Russia is ready to take control of assets that western companies have been trying to sell. Manturov said the operation was not a nationalization, however, and described the state’s role as more of a custodian one.

“It is not in our plans to buy or, even more so, to nationalize,” Manturov said. “But if the company does not have the ability to ensure the supply of components today, we can not wait forever. We will have to find an alternative. . . This will apply to all automakers who will take their time with the decision. ”

The French government, which has a 15 per cent stake in Renault, had no immediate comment.

Renault is one of the western multinationals most deeply entrenched in Russia, with vast local manufacturing operations and a workforce of roughly 40,000. Russia accounted for about 10 per cent of its turnover and half its automotive operating margin in 2021. The group had already warned it could take an accounting charge of up to € 2.2bn in its first-half results linked to its Russian assets.

It was not clear how Avtovaz would be able to continue manufacturing, however. The company, which operates the huge Togliatti plant roughly 1,000km east of Moscow, had been struggling to source electronic parts, and these would be hard to locate within Russia, industry executives have said.

In addition, Renault would be unlikely to provide parts or technology for the cars once it has divested the stake, according to one person with knowledge of the company’s thinking, potentially forcing Avtovaz to re-engineer the vehicles in order to continue making them.

Avtovaz halted operations and enforced a staff holiday for much of April. Manturov said Russia planned to continue production and rely mainly on Russian suppliers.

He added that although Renault had a buyback option, the price of any future transaction would be affected by any investments made by Russia in the business in the meantime.

“There will be no gifts there,” Manturov was quoted as saying.

Renault holds the Avtovaz stake alongside Rostec, a defense and industrial group run by Sergei Chemevoz, an ally of Russian President Vladimir Putin, who has been subject to US sanctions since 2014.

Carmakers including Volkswagen, BMW and Ford swiftly suspended operations and joint ventures in Russia after the invasion of Ukraine in late February. Few have revealed whether they plan to make a clean break with the businesses or how they would fully exit, and many have continued to pay staff in the meantime.

French lender Société Générale, which had a presence in Russia through its Rosbank subsidiary, this month agreed to sell the business back to its previous Russian owner, oligarch Vladimir Potanin, in one of the rare deals to materialize so far. Potanin has had sanctions imposed on him by Canada but not by the EU or US.