Release Date & Everything To Know About ‘Spare’ – Hollywood Life 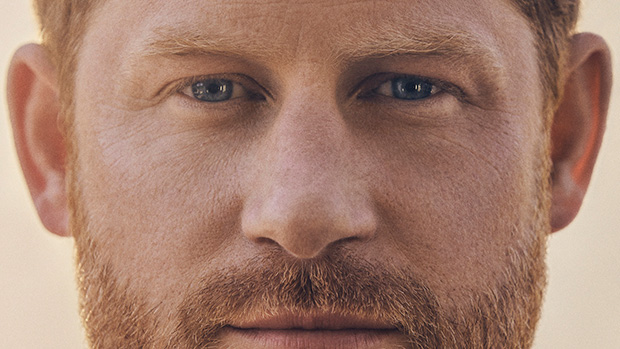 Some new details have emerged about Prince Harry’s upcoming memoir Spare days before its release on January 10, 2023. While the publisher Penguin Random House has mostly kept the details of the book hidden, some outlets have released details of the upcoming book, and previews of interviews with Harry, 38, have been released ahead of the memoir. Most notably, it was reported that one section details a fight that turned physical between the Duke of Sussex and his brother Prince William by The Guardian.

While he and the rest of the royal family have been the subject of dozens of books, this is finally a chance for Harry to tell his story to the world from his own perspective. The book from Penguin Random House is anticipated to cover so many of the major moments from Harry’s life, including the tragic death of his mother Princess Diana in 1997 to his marriage to Meghan Markle, 41, and much more.

The memoir’s announcement came about a year and a half after the bombshell interview alongside his wife with Oprah Winfrey, where the couple spoke about their treatment by the royal family. The memoir was also announced over a month after Queen Elizabeth II’s passing at age 96. HollywoodLife has all the details released so far for you to know about Harry’s memoir.

When Does Prince Harry’s Memoir Come Out?

Prince Harry announced that he was writing the memoir in a statement in July 2021, according to The Associated Press. He promised the book would be an incredibly personal examination into his life and upbringing. “I’m writing this not as the prince I was born but as the man I have become,” he said in a statement at the time. A little over a year later, Penguin Random House announced that the book would be released on January 10, 2023. It’ll be available from all major sellers and an audiobook will also be available.

While the publisher didn’t provide details about where the title Spare came from, it is presumably a reference to the phrase “heir and a spare,” according to the BBC. The phrase is often applied to royal children, speaking about who is in line for the throne. Given that the title is Spare, it seemingly refers to the fact that for much of Harry’s life, he was third in line for the crown, behind his father now King Charles, and brother Prince William. Harry was third in the line of succession until William’s first son Prince George was born in 2013.

Fans instantly were blown away by the title, with many people on Twitter providing speculation about what the book could entail, with some thinking it alluded to alleged favoritism of William over his brother. “In one word, the title captures the anguish of being looked at as the one held in reserve only to be used in case of emergency your whole life,” Royals journalist R.S. Locke tweeted. “This book is for every younger sibling who has been called by — and answered to — their older sibling’s name,” Bustle editor Olivia-Anne Cleary tweeted.

Kathie Lee Gifford’s Husband: Everything About Her 2 Marriages To Frank Gifford & Paul Johnson

What Will Be Included In The Book?

Days ahead of the Jan. 10 release, excerpts from the book were published detailing some of the bombshell allegations and stories told in the book. One part detailed a fight between Harry and his brother William in The Guardian on January 4. The Duke of Sussex described an alleged meeting at his Nottingham Cottage home with his brother, now the Prince of Wales, that led to an attack. He said that William had called Meghan “rude” and “abrasive,” and the Duke of Sussex said that he tried to leave before his brother allegedly got physical with him. “He grabbed me by the collar, ripping my necklace, and he knocked me to the floor. I landed on the dog’s bowl, which cracked under my back, the pieces cutting into me. I lay there for a moment, dazed, then got to my feet and told him to get out,” he said, before saying his brother “apologised” and looked “regretful.”

Another portion of the book included Harry revealing that King Charles once made a joke his youngest son’s paternity based on rumors he is actually the child of Major James Hewitt. James and Diana had a well publicized four year affair between 1986 and 1990 — beginning two years after Harry was born, per Hewitt’s book. “Who knows if I’m even your real father? Maybe your real father is in Broadmoor, darling boy!” Charles allegedly said. “He’d laugh and laugh, though it was a remarkably unfunny joke, given the rumor circulating just then that my actual father was one of Mummy’s former lovers: Major James Hewitt,” he then wrote.

As a child, Harry recalled that he also thought his mother Diana had “faked” her own death to escape the wrath of tabloid media. “With nothing to do but roam the castle and talk to myself, a suspicion took hold, which then became a firm belief. This was all a trick,” Harry apparently wrote per Page Six. “And for once the trick wasn’t being played by the people around me, or the press, but by Mummy. Her life’s been miserable, she’s been hounded, harassed, lied about, lied to. So she’s staged an accident as a diversion and run away.”

The book also talked about more recent events, including Harry’s final words to his late grandmother Queen Elizabeth on her deathbed as he arrived after her passing. The Duke of Sussex told the iconic monarch that he “hoped she would be happy,” per Page Six, also sharing she would be resting with her husband, Harry’s grandfather, Prince Philip. Harry shared that he “admired her for having fulfilled her duties until the very end.”

In a previous announcement, the publisher recalled the tragic image of Harry and William attending their mother’s funeral as children and how heartbroken viewers all over the world were. “For Harry, this is that story at last,” the publisher wrote in the announcement. “With its raw, unflinching honesty, Spare is a landmark publication full of insight, revelation, self-examination, and hard-won wisdom about the eternal power of love over grief.”

Ahead of the book’s release, Harry sat down for a series of interviews for different programs. The interviews provide some insight into the workings of The Firm, and seem to provide some details that will be included in the book. Harry spoke about how the Royal family leaks information to the media during a preview of his 60 Minutes interview. “Every single time I’ve tried to do it privately, there have been briefings and leakings and planting of stories against me and my wife,” he said. “They will feed or have a conversation with the correspondent and that correspondent will literally be spoon-fed information to write the story, and then at the bottom of it, they will say they’ve reached out to Buckingham Palace for comment, but the whole story is Buckingham Palace commenting.”

Harry was also interviewed by Michael Strahan for Good Morning America. In the interview, he revealed that he felt like sharing the details was important for settling the issues with the rest of the Royal family. “I don’t think that we can ever have peace with my family, unless the truth is out there,” he said.

Harry also spoke to the British outlet ITV and revealed that he was hoping to eventually make amends with both William and Charles. “I would like to get my father back. I would like to have my brother back,” he said in a preview clip. He also said that he’s hoping that he can sit down and talk to members of the family before his dad’s coronation ceremony in May.

Before the book was released, the Duke and Duchess of Sussex were both the subjects of a tell-all docu-series on Netflix, which was released in two parts. The series quickly became the most-viewed documentary on the streaming platform, per Deadline. The series documented many different aspects of the couple’s relationship and lives as members of the Royal family, from how they met to how other members of the family reacted to the former Suits actress joining to how they feel about each other. At one point in the series, Harry notably also detailed a meeting with the family, including William, Charles, and the late Queen Elizabeth, where the now-Prince of Wales yelled at him. “It was terrifying to have my brother scream and shout at me, and my father say things that just simply weren’t true and my grandmother, you know, quietly sit there, and sort of take it all in,” he said.

Besides some of the harsher moments between the family and Meghan, Harry also spoke about his relationship with his late mother and how he sees aspects of Princess Diana in Meghan. “So much of what Meghan is, and how she is, is so similar to my mom,” he said. “She has the same compassion, she has the same empathy, she has the same confidence. She has this warmth about her.”

While there haven’t been any formal reactions from Harry’s family to the book just yet, there have been some reports of reactions from the Royal family in the media. A source said that King Charles would be open to mending the relationship with Harry according to report from The Telegraph. “Those close to the king insist that he has always made clear how much he loves both of his sons, keeping communication channels open throughout the last few years, despite the many barbs from California,” they said.

An insider also revealed to HollywoodLife exclusively that William and Harry’s cousin Princess Eugenie was hoping to help the brothers eventually make up. “Eugenie’s still very close to William and Kate, she hasn’t taken sides or any nonsense like that. She loves them both and she’s known for being diplomatic, so it’s no surprise she’s been able to keep a foot in both camps,” they said. “Now, the hope is that with time she’ll be able to help heal the rift between the brothers. Certainly, no one is expecting her to make it happen overnight but if anyone can do it, she can.”

Proceeds From ‘Spare’ Will Be Donated

While fans will surely be excited to read the story of Harry’s life from his perspective, the Duke of Sussex also clearly wants the earnings from the book to go to those in need. The publisher announced that he’d donate the proceeds. He shared that he’d already given $1.5 million to Sentable, an organization he set up to honor his late mother by helping young people battling HIV/AIDS in Lesotho and Botswana. He also donated £300,000 to WellChild, which helps children get healthcare at home, rather than in a hospital.