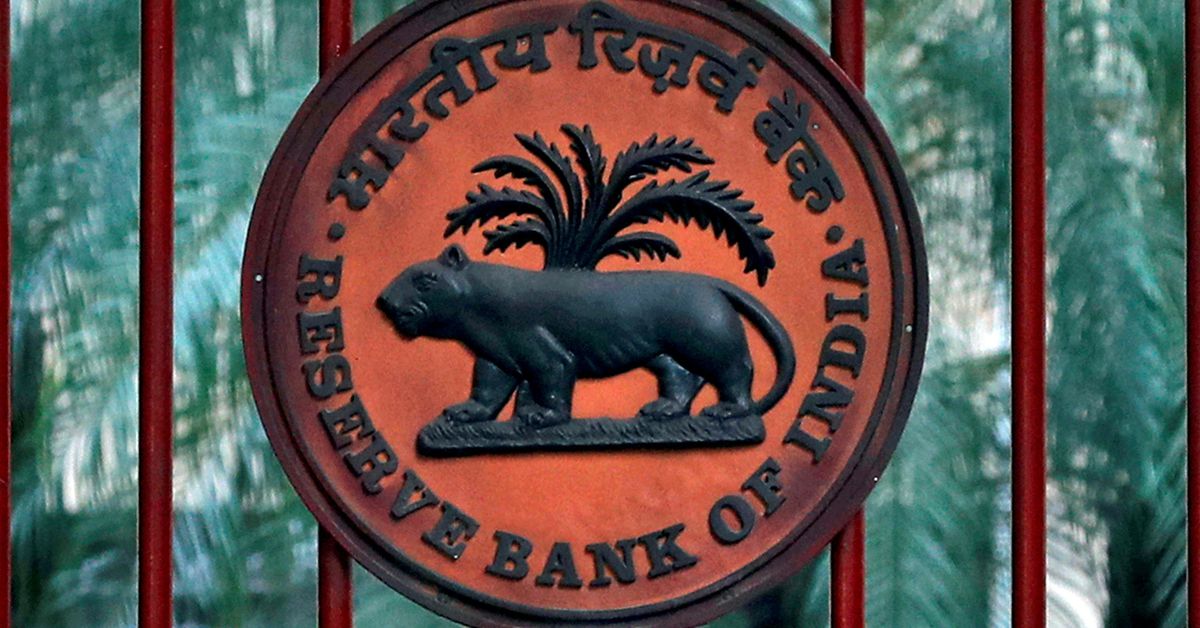 A Reserve Bank of India (RBI) logo is seen at the gate of its office in New Delhi, India, November 9, 2018. REUTERS/Altaf Hussain/File Photo

BENGALURU, Sept 23 (Reuters) – The Reserve Bank of India is set to raise interest rates again next week with a slim majority of economists in a Reuters poll expecting a half-point hike and some others expecting a smaller 35 basis point rise.

There was a wide consensus that the RBI will raise rates at the Sept. 30 meeting, although there were differences over how far it would go with inflation accelerating to 7% and with the rupee weakening.

The RBI has lagged many of its global peers, despite inflation sticking above the top end of its target range of 2-6% every year. It has raised rates in three separate moves since May, one of them unscheduled, totaling 140 basis points and taking the key repo rate to 5.40%.

In the latest Reuters poll, economists were split five ways on what the RBI will do at its next meeting.

Slightly over half, 26 of 51, said the RBI would go for a 50 basis point hike, taking the repo rate to 5.90%. Another 20 predicted a 35 basis point increase. The remaining five respondents penciled in more modest increases, ranging from 20 to 30 basis points.

While many revised their forecasts up from an August poll, and no one expected the RBI to leave rates unchanged this time, there were no immediate explanations on why the central bank would opt for a smaller move right now given most of its peers are going big . read more

The US Federal Reserve just delivered its third straight 75 basis point hike and has shown no signs of slowing down, sending the dollar index to a new two-decade high and more downward pressure on the rupee. read more

“In India’s case, bulging twin deficits – current account and fiscal – in the wake of a stronger dollar are likely to place a greater premium on macro stability, despite the visible scarring from the pandemic,” said Sajjid Chinoy, chief India economist at JP Morgan.

“But a food price surge in recent weeks and a hawkish Fed will induce the RBI to move 50 bps, instead of 35 bps, at the September meeting, and be forced to act again in December, taking the terminal rate closer to 6.25%, 50 bps higher than the global-recession outcome that we had envisaged.”

However, the poll showed the RBI taking a softer approach with rates, with no clear majority on where it will stop hiking but with median forecasts showing the repo rate at 6.00% in each quarter through end-2023.

Meanwhile, the rupee, down nearly 9% this year, hit an all-time low of 80.86/dollar on Wednesday, lower than analysts had predicted in a separate Reuters poll.

A weaker currency is likely to make imports more expensive and keep inflation elevated for longer.

The survey also showed inflation staying above the top of the RBI’s tolerance range until the first quarter of 2023.

Despite GDP growing 13.5% last quarter on a year ago, which made India the world’s fastest-growing major economy, the pace of expansion was forecast to halve this quarter to 6.2% and further slow to 4.4% in the following two quarters.

That may be one reason why the RBI is not following the same pace as other major central banks.

Over 60% of analysts, 23 of 38 who answered an additional question, said a slowdown in economic growth would play a larger than normal role in the RBI’s deliberations on interest rates by the end of this fiscal year.

Economists expected growth to average 6.2% and 6.5% over the next two years, the poll showed.

(For other stories from the Reuters global economic poll:)