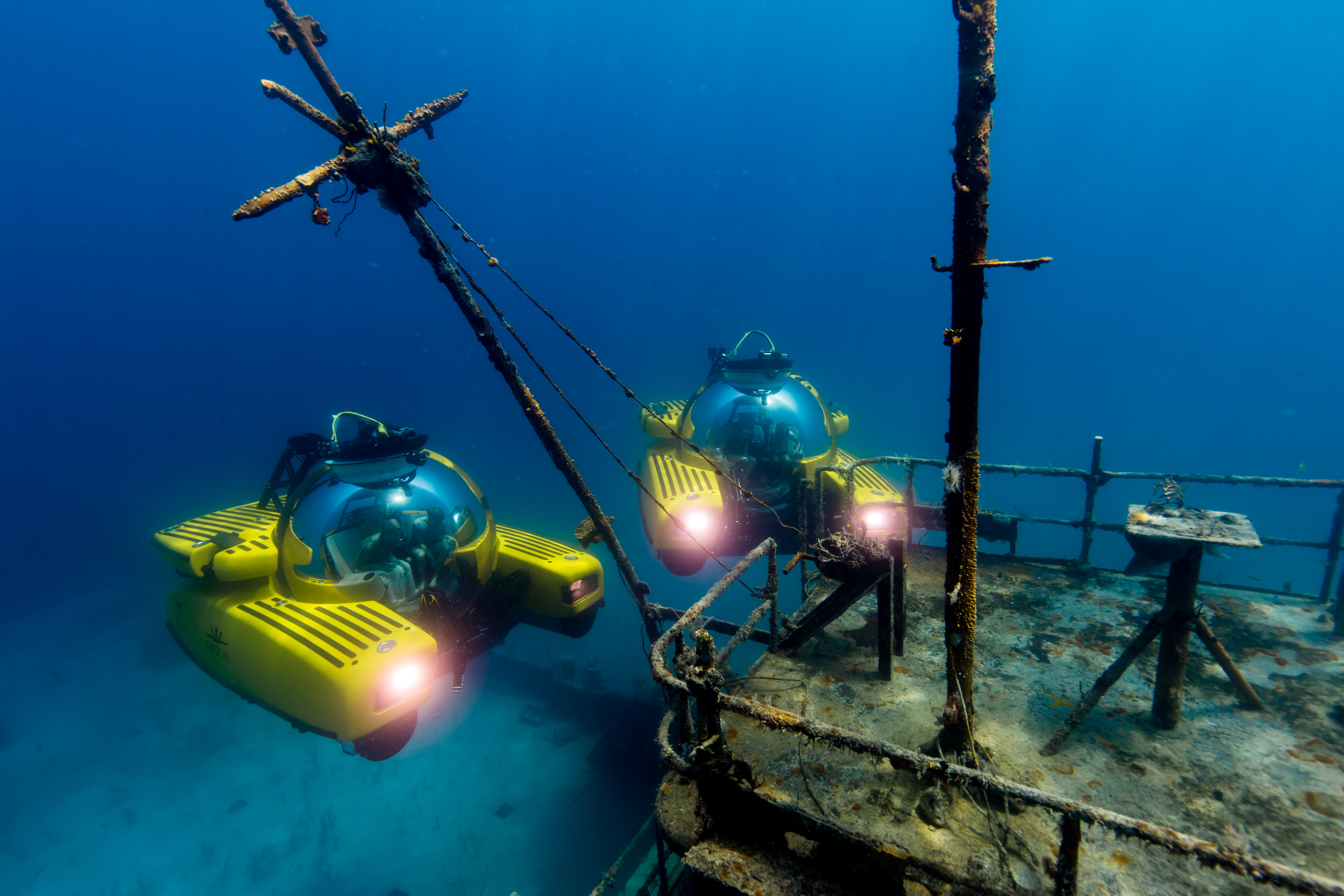 Billionaire investor Ray Dalio and Oscar-winning filmmaker James Cameron have become part-owners of a company that makes submarines for the ultra-wealthy.

Florida-based Triton Submarines announced on Monday that Dalio and Cameron were “joining the company to help supercharge the next generation of ocean exploration technology.”

The amount they invested in the firm was not disclosed, but the deal means Triton is now co-owned by Dalio, Cameron and Triton co-founder Patrick Lahey.

What are Triton Submarines?

Lahey founded the firm in 2007 alongside Bruce Jones, and the company now manufactures submersible vehicles for personal, commercial and scientific use—some of which are capable of diving to “unlimited depth.”

The vehicles are also designed with luxury in mind, with Triton promising its clientele “interiors unlike any other” and vessels “built of the finest materials.”

Prices for Triton’s submersibles vary—the company’s range of vehicles can carry small parties of two all the way up to 66 passengers—but according to the Financial Times, they come in between $2.5 million and $40 million.

“Ray and Jim bring additional business acumen and discipline to the company, creative ideas and unique opportunities that will amplify and expand on the important work we have accomplished so far,” Lahey said in a statement on Monday.

“I couldn’t be more excited to partner with two individuals with demonstrable passion and integrity, and with a deep commitment to ocean innovation and exploration that will make Triton’s next chapter the most interesting of them all.”

Why Dalio and Cameron are investing

Both Dalio— who founded Bridgewater Associates, the world’s largest hedge fund—and Cameron—whose movies include Avatar, Titanic, and The Terminator—have demonstrated an interest in deep sea diving in the past.

The Bridgewater founder co-founded OceanX, a philanthropic organization aimed at supporting and publicizing scientific explorations of the ocean, in 2018, while Cameron—described by Triton on Monday as “a passionate underwater explorer”—carried out a historic deep-sea dive in a marine vehicle he helped design and engineer a decade ago.

Cameron has been on more than 75 deep submersible dives, including 33 visits to the wreckage of the Titanic.

Dalio said in a press statement that his long-running relationship with Triton had convinced him the company was the “best and most cutting-edge builders of non-military subs in the world.”

“These subs are singular in the industry and are easily outfitted with advanced scientific and media equipment to bring important discoveries back to everyone,” he said.

Cameron said in a statement that he invested in Triton because “there are mysteries to solve, new discoveries to make and critical knowledge to acquire.”