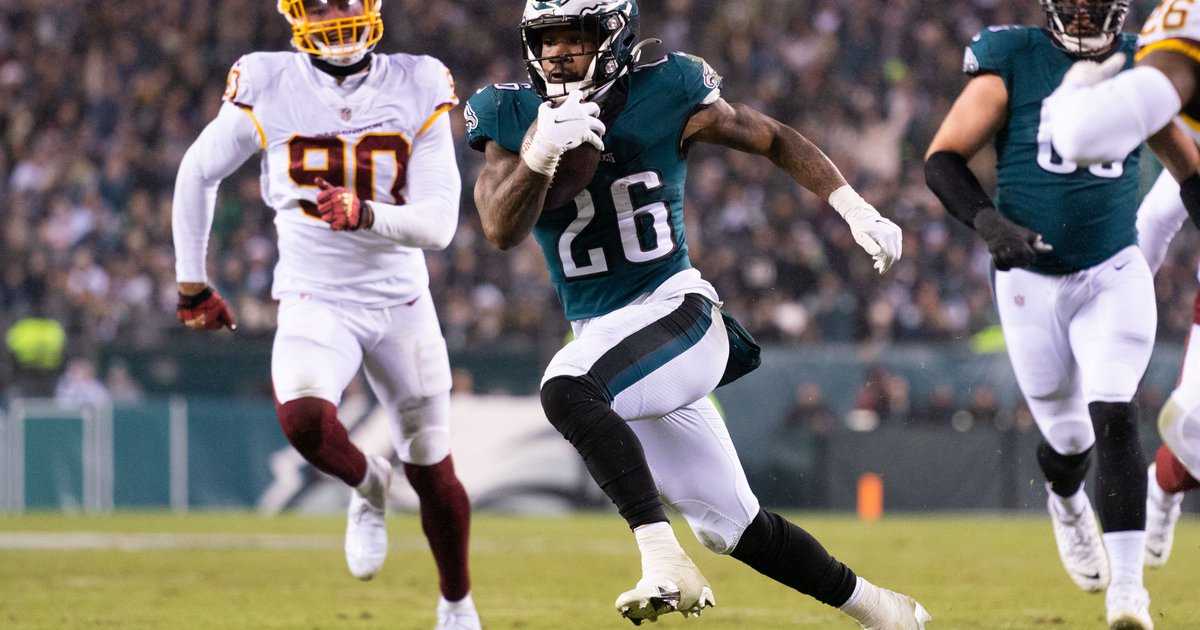 There were a few Philadelphia Eagles-related news items over the last week or so that probably aren’t worthy of their own articles, but combined together are worth rounding up. So let’s get to those, shall we?

In a podcast interview with John Clark of NBC Sports Philadelphia, Miles Sanders was asked what he needed to do to be the best. Sanders responded that he needed to be more consistent, but that he also needed more opportunities. Video here:

I think Sanders was merely answering Clark’s question. He had 137 carries a season ago, so, you know, of course he needs to get the ball more to become one of the best backs in the NFL.

Sanders is a polarizing figure for Eagles fans. He’s by far the Eagles’ most talented back, but has been inconsistent (as he stated), particularly in the passing game, and in terms of ball security.

Whatever you think of Sanders, he is not a delusional player who believes he is flawless. Throughout his Eagles career, Sanders has always been aware of – and acknowledged – his mistakes, which cannot be said for countless other players.

Did Sanders get the ball enough in 2021?

But I think it’s also worth noting that on three occasions in which the Eagles ramped up his carries, Sanders got hurt.

He also missed four games in 2020. So it’s not just that Sanders needs to be more consistent. He has also had some durability concerns, and the team needs to be smart about his usage.

Should Sanders get the ball more in 2022?

Yes, he should certainly get more than 137 carries, and there should not be many scenarios in which a healthy Sanders is getting single-digit carries in any individual game. How many carries he gets will be largely dependent on whether or not he can stay on the field.

The Eagles signed C Cam Jurgens to his rookie contract

The Eagles now have their entire rookie draft class under contract. What took so long with Jurgens? According to Ben Volin of the Boston Globe, The Houston Texans caused negotiation issues for players selected in the second and fourth rounds for the rest of the NFL.

As of Wednesday, the last day the NFLPA made data available, 228 of 262 (87 percent) draft picks had signed their rookie deals. But the signings are still trickling at a slow pace in the second and fourth rounds. And it seems that Texans general manager Nick Caserio, of all people, is somewhat responsible for it.

Only 16 of 32 picks in the second round had signed, and only one of the top 11 picks – Texans safety Jalen Pitre, the fifth player taken in the round. The issue appears to be that the Texans fully guaranteed Pitre the first three years of his rookie contract, or about $ 7 million of the $ 8.9 million he can earn over four years. Last year, only the top two picks in the second round got three fully guaranteed seasons. But Caserio and the Texans set the precedent with Pitre this year, and the other second-rounders want the same.

Only 25 of 38 picks in the fourth round had signed, and only three of the top 15 picks in the round. The issue appears to be with Texans running back Dameon Pierce, drafted second in the fourth round, who got an unprecedented $ 25,000 offseason workout bonus in the 2023 season. NFL teams find $ 25,000 in their couch cushions, but apparently it’s enough to get them to squabble with their draft picks. That little extra bonus that Caserio gave his rookie running back seems to be holding up the rest of the round.

Jurgens was the Eagles’ second-round pick. The Eagles did not have a fourth-round selection this year.

I will no longer be accepting money to play football

In his four seasons (2014-2017) with the Eagles, Allen compiled 87 tackles (10 for loss), 11 QB hits, and 2 sacks as a rotational interior defensive lineman. He then signed with the Tampa Bay Buccaneers on a three-year contract worth $ 15 million. He played there for two years before landing with the New England Patriots in 2020, where he was never able to get onto the field due to injuries.

Allen also played fullback on some rare occasions in Philly. During the Eagles’ Week 1 win over the Cleveland Browns, we got to hear a mic’d up Doug Pederson yell for “Honey Beau Beau” to get in the game on a goal line play (6:09 mark below):

Allen wore a dog mask after wins throughout the Eagles’ playoff run in 2017 along with Lane Johnson and Chris Long. Johnson and Long had German Shepard masks, while Allen chose this much more lifelike and (in my opinion) hilarious poodle mask:

Lane Johnson, Beau Allen, and Chris Long trotted on to the field wearing dog masks after the win. The team seems happy to embrace the underdog identity. pic.twitter.com/yLvU02yWCK

Allen, a seventh-round pick, was one of just two players from the Eagles’ 2014 draft class to win a Super Bowl with the Eagles in 2017. Trivia: Who was the other? Answer here.