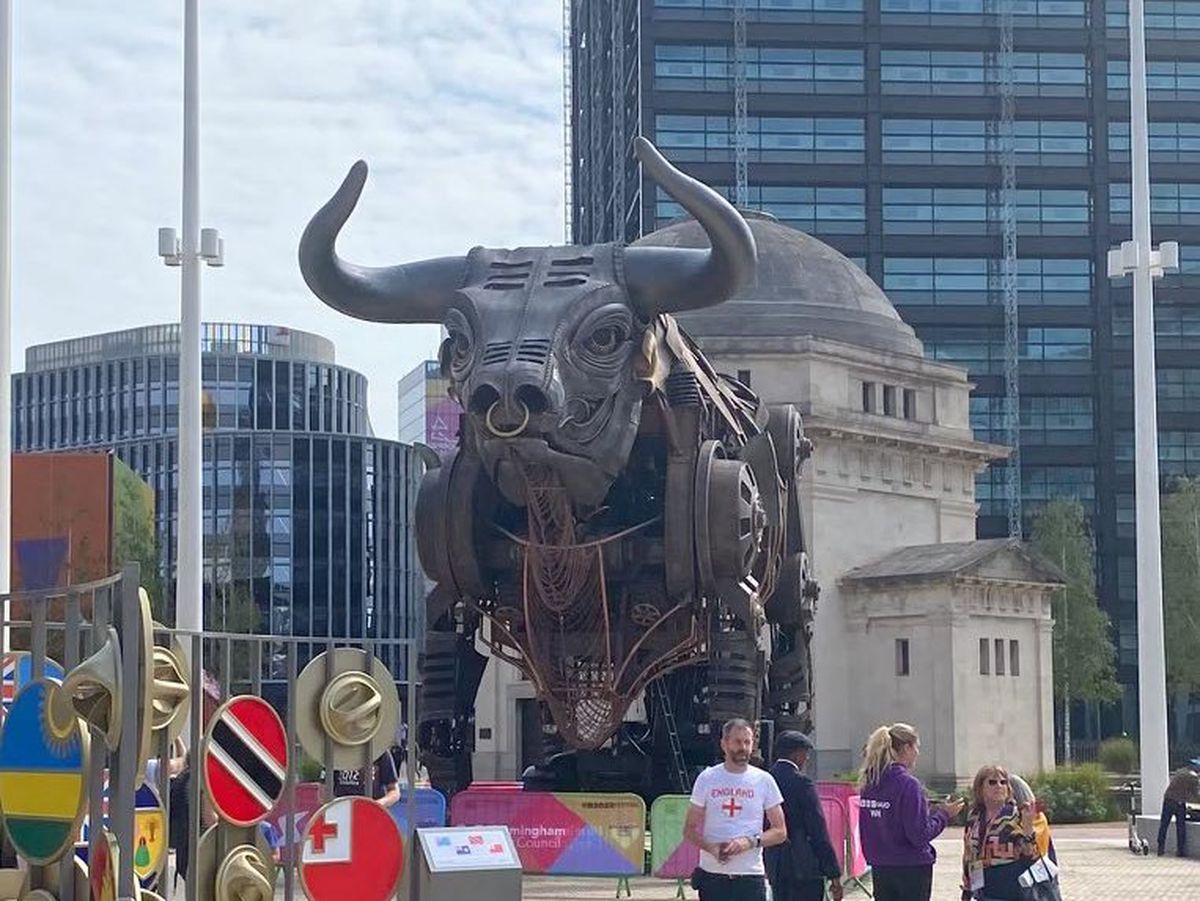 But the iconic metal bull is now in a back street car park with only a security guard for the company.

The bull, which became an instant celebrity after starring in Steven Knight’s vision of industrial history in the opening ceremony, was removed from the city center on Thursday night.

However, it is not easy to hide a 30-foot-high mechanical bull on the best of days.

They said: “The bull was moved last night as we’ve happily made way for the Birmingham Pride celebrations which are taking place this weekend, with the parade starting from Centenary Square.

“It’s currently in a temporary location. There are advanced discussions with a local venue for a permanent home.”

The Raging Bull said: “I have had a truly fabulous time. Birmingham’s people really are adore-abull.”

“The city really pulled out all the stops and made this time so un-bulliable not just for me, but for the international sports stars that came to the Games.

“I have been in over 4 million selfies so the steaks have been raised for future Games. Farewell to my Brummy family, I shall return soon and take the city by the horns once more!!”

More than four million people visited the bull in its temporary Centenary Square home since he was driven by police escort from Alexander Stadium, Perry Barr, the night after the opening ceremony.

Selfies with the mechanical bovine star became a must for visitors to the city centers and pictures of him quickly filled the time lines and Twitter feeds of social media users across the world.