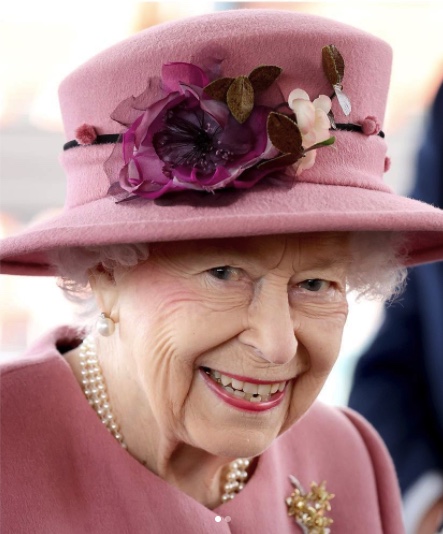 Roommates, according to CNN, yesterday Britain’s Queen Elizabeth II spoke with UK Prime Minister Boris Johnson, says a Buckingham Palace spokesperson, despite suffering mild symptoms after testing positive for COVID-19. If you recall, over the weekend, we reported she contacted the virus. Reports also show Prime Minister Johnson was supposed to meet with the Queen in person but it was held virtually to follow current government guidelines.

Reports show a source close to the Palace also advised that the Queen’s further upcoming engagements will be decided upon near the time. The monarch is not the only one who has been affected by the deadly virus. Her eldest son and heir to the British throne, Prince Charles, contracted the virus for a second time on February 10. During that time he was unable to see his mother. Following his diagnosis, days later his wife, Camilla, also tested positive.

A royal source told CNN on Sunday that there had recently been a number of cases diagnosed in the Windsor Castle team. The 95-year-old monarch’s health became a hot topic after it was reported that she had passed away. On Tuesday, Jason Lee received major backlash for reporting that his source advised that the monarch passed away. Instagram has since flagged the post for false information.

In an interview with BuzzFeed on Wednesday, Jason said, “I would never post something like this if the person that told me, I did not trust. People are asking why we posted without allowing the royal family or the Palace to release a statement. Why? Because we break stories. And I’ve broken many stories that have been factual. We have never been wrong. ”

The royal family has not spoken out about the false claim nor the Queen’s health. Although the Queen is vaccinated, there are no other updates on her health status.