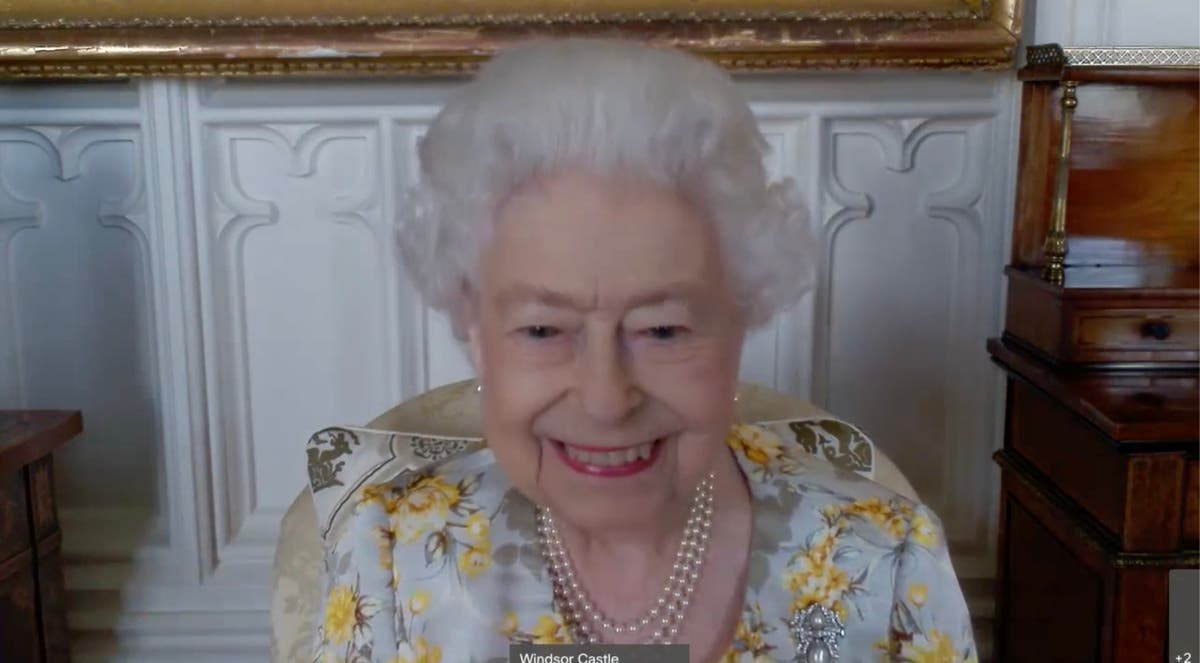 he Queen said having Covid left her “very tired and exhausted” as she spoke to a former patient and NHS staff about their experiences during the pandemic.

The monarch, 95, who contracted the virus in February, also expressed her relief the Dunkirk spirit “still exists”.

She was speaking on a video call to mark the official opening of the new Queen Elizabeth Unit at The Royal London Hospital, of which she is patron.

It was built in a record five weeks to accommodate the surging numbers of Covid patients and is one of the biggest critical care units in the country.

During her video call with workers and medical staff, the Queen listened to their stories of coping with the huge influx of Covid patients, and was told by one senior nurse “we held their hands, we wiped their tears and we provided comfort”.

The Queen, speaking from Windsor Castle, also talked to former patient Asef Hussain who explained how he and his family contracted Covid in December 2020.

His father and brother were also treated at the unit for the virus before they died and he told the Queen of his struggles with the illness which left him using a wheelchair for a long time and still needing a portable oxygen machine.

Mr Hussain praised the work of staff and his wife told the Queen how she organized a “prayer on Zoom”, with 500 people around the world praying for her husband.

The Queen said: “I’m glad you’re getting better. It does leave one very tired and exhausted does not it, this horrible pandemic. It is not a nice result. It’s very nice to have a chance to talk to you today ”before telling the couple she was“ very glad to see you and to hear your story. ”

The monarch tested positive for Covid in February and had what Buckingham Palace said were “mild cold-like symptoms”.