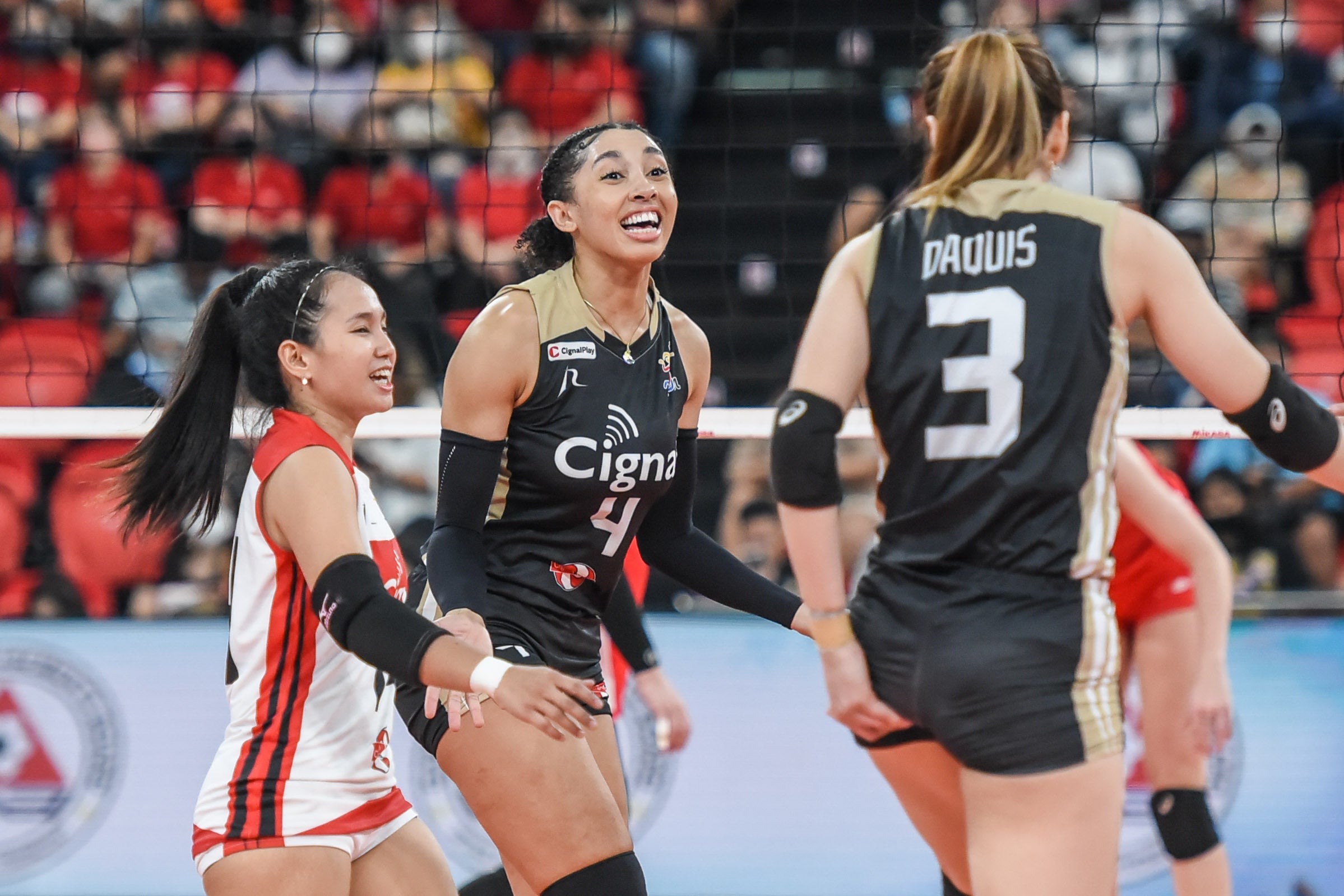 MANILA, Philippines — Tai Bierria remained proud of the Cignal HD Spikers despite getting swept by the Petro Gazz Angels in the 2022 Premier Volleyball League Reinforced Conference.

The American import was just held to just 12 points in their 17-25, 25-22, 12-25-12, 22-25 loss in Finals Game 2 on Tuesday at Philsports Arena, where she conspired with Ces Molina to erase an 18-11 disadvantage in the fourth set but they failed to force a deciding fifth set and extend the series.

“As a team, we’re so proud of us. We had a lot of ups, we had a lot of downs. We just continued to fight through everything, and to make it to the final two out of all the really talented clubs, it’s just an accomplishment in itself,” said Bierria.

With Petro Gazz completing a series sweep to win its second straight PVC Reinforced title, Bierria is still looking at the bright side as Cignal, which settled for bronze in the first two conferences, still made its best PVL finish with its first Finals appearance.

“We fell short of where we wanted to be, but there’s so much we accomplished. I’m so proud of us,” Bierria said.

The New Mexico University product enjoyed her overall stint in the Philippines, where she led Cignal to the last semifinal berth and became the first team to book a ticket to the finals.

“I love it. I just finished telling them this is my favorite season playing overseas so far. Just from my teammates, my coaches, the front office, to the fans who are actually like the best fans I’ve ever had in my entire life. I know a lot of imports say that, but it’s because it’s so true,” said Bierria.

“The volleyball culture, the fandom, is just mindblowing. It really is surreal. I love it here. I’m just so thankful I got this opportunity.”

Bierria is still uncertain whether she will come back to the PVL but she is definitely open to a return trip to the Philippines.

How millions of missing workers are making do without a job