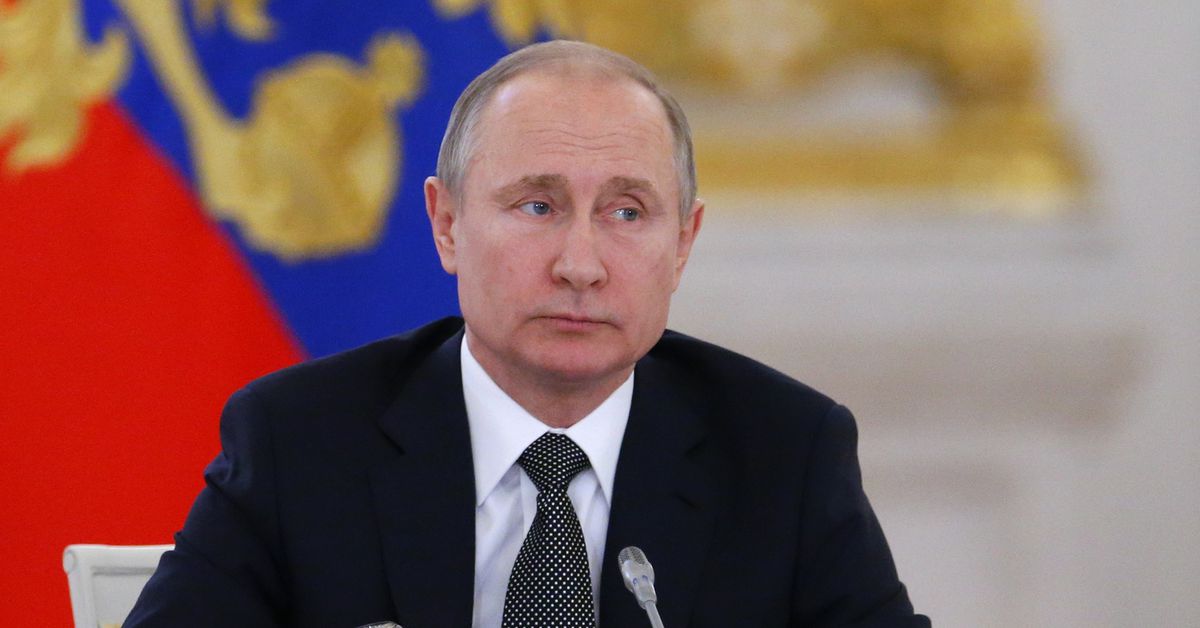 Russia’s President Vladimir Putin chairs a meeting with members of the State Council at the Kremlin in Moscow, Russia, April 5, 2018. Alexander Zemlianichenko / Pool via REUTERS

LONDON, April 8 (Reuters Breakingviews) – Russia’s economy will screech along even if it stops exporting energy to Europe. Sanction-free reserves, higher oil prices and a well-oiled propaganda machine would cushion the blow. That makes President Vladimir Putin’s threats to cut the bloc off from gas more credible.

On the face of it, an energy embargo, either imposed by Russia or foisted on Putin by Europe, sounds like a death blow for the country’s finances. Its economy is already forecast to contract as much as 15% this year read more thanks to Western sanctions.

Still, Putin’s budget could prove relatively resilient. Around 9 trillion rubles, or $ 125 billion, of government revenue came from oil and gas last year. Europe accounted for around 40% of exports by value, implying a hit to Moscow’s revenues of up to $ 50 billion, or 15% of last year’s figure. Then, the budget surplus was $ 7 billion.

Yet higher energy prices will help. While a lack of pipelines makes it hard to reroute gas, oil can be shipped elsewhere. And crude oil and oil products represent three-quarters of Russia’s energy export value. Last year, the average oil price was around $ 71 per barrel, while today crude trades at around $ 108. That implies Russia could cut oil exports by roughly a third without losing revenue. And prices would likely rise further after an embargo, offsetting any discount Moscow would need to offer buyers.

Of course, an expected 15% GDP decline this year will also hammer revenues, and push up the budget deficit. But Putin’s wartime propaganda efforts will help. The Kremlin has used pro-government media to prime the population for tough times, giving it a freer hand to reduce expenditures such as $ 20 billion spent on healthcare last year, while ringfencing the $ 49 billion defense budget. Putin could allow the ruble to depreciate read more. That would boost ruble revenue generated by exports.

Lastly, Putin still has around $ 160 billion of reserves that are unhampered by Western sanctions, once you subtract around $ 140 billion in gold which Washington is trying to stop being monetized read more. Dipping into those and around $ 50 billion read more in budget funds he stashed away could buy time until more exports can be redirected, say to India or China.

An energy embargo would hurt Russia, but may not cripple Putin. That means the Kremlin’s warning to cut off the West is no wild threat. And, if Europe does block Russian exports, the tragic war is unlikely to end overnight.

(The author is a Reuters Breakingviews columnist. The opinions expressed are her own.)

– European Union envoys are expected to approve a ban on Russian coal that would take full effect from mid-August, a month later than initially planned, Reuters reported on April 7, citing sources.

– Russia’s President Vladimir Putin on March 31 vowed to cut customers off from its gas unless they start paying in rubles.

– Meanwhile Europe is under more pressure to cut Russian energy imports after Russia was accused of war crimes in Bucha, Ukraine. Moscow denies the allegations.

Opinions expressed are those of the author. They do not reflect the views of Reuters News, which, under the Trust Principles, is committed to integrity, independence, and freedom from bias.