PSE index inches up as investors wait for leads 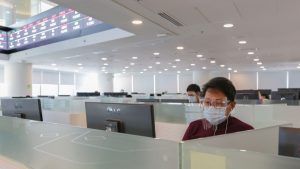 THE MAIN INDEX closed nearly flat on Monday after oil prices dropped on Friday and as investors look for catalysts ahead of central bank meetings this week.

However, on Monday, prices rose on uncertainty over the restart of a key pipeline supplying the United States and the threat from Russia to cut production in retaliation for a Western price cap on its exports, Reuters reported.

“The markets also anticipate the latest US inflation data on Dec. 13, as the main US inflation gauge is expected to ease further … that could support smaller Fed rate hikes going forward… also ahead of the Fed rate-setting meeting,” Mr. Ricafort added.

November US consumer price index data were set to be released overnight. Markets expect the report to be a key consideration at the US Federal Reserve’s policy meeting on Dec. 13-14, where it seen to hike rates by just 50 basis points (bps) following four straight 75-bp increases.

“No new catalyst yet for the market in the short term. The index might just move sideways,” he said.

Value turnover dropped to P5.51 billion on Monday with 570.19 million shares changing hands from the P6.1 billion with 516.99 million issues traded on Friday.

Parker Finn would aim to make the follow-up new, exciting, and fresh


How to invest in gold for beginners