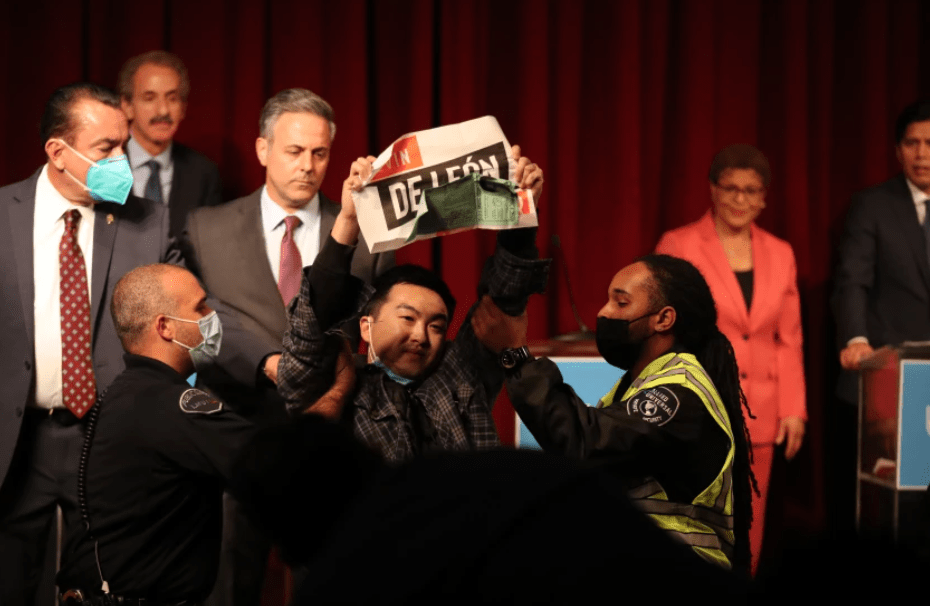 Five leading candidates for mayor of Los Angeles squared off Tuesday night in the first televised debate of the campaign, but the most stinging barbs of the evening were directed at a sixth candidate who did not attend – billionaire and civic activist Rick Caruso.

City Atty. Mike Feuer suggested that Caruso had not done enough as chairman of USC’s board of trustees to protect the safety of women on campus. Councilman Joe Buscaino accused the first-time political candidate of being anti-union, in a city he said was built by organized labor.

The digs came toward the end of an hourlong debate at Loyola Marymount University, where Feuer and Buscaino faced Councilman Kevin de León, US Rep. Karen Bass and former Metropolitan Transportation Authority board member Mel Wilson.

Caruso did not attend because of a scheduling issue, his spokesperson said, but he plans to be at future debates, including one scheduled for May 1.

Read the full story on LATimes.com.