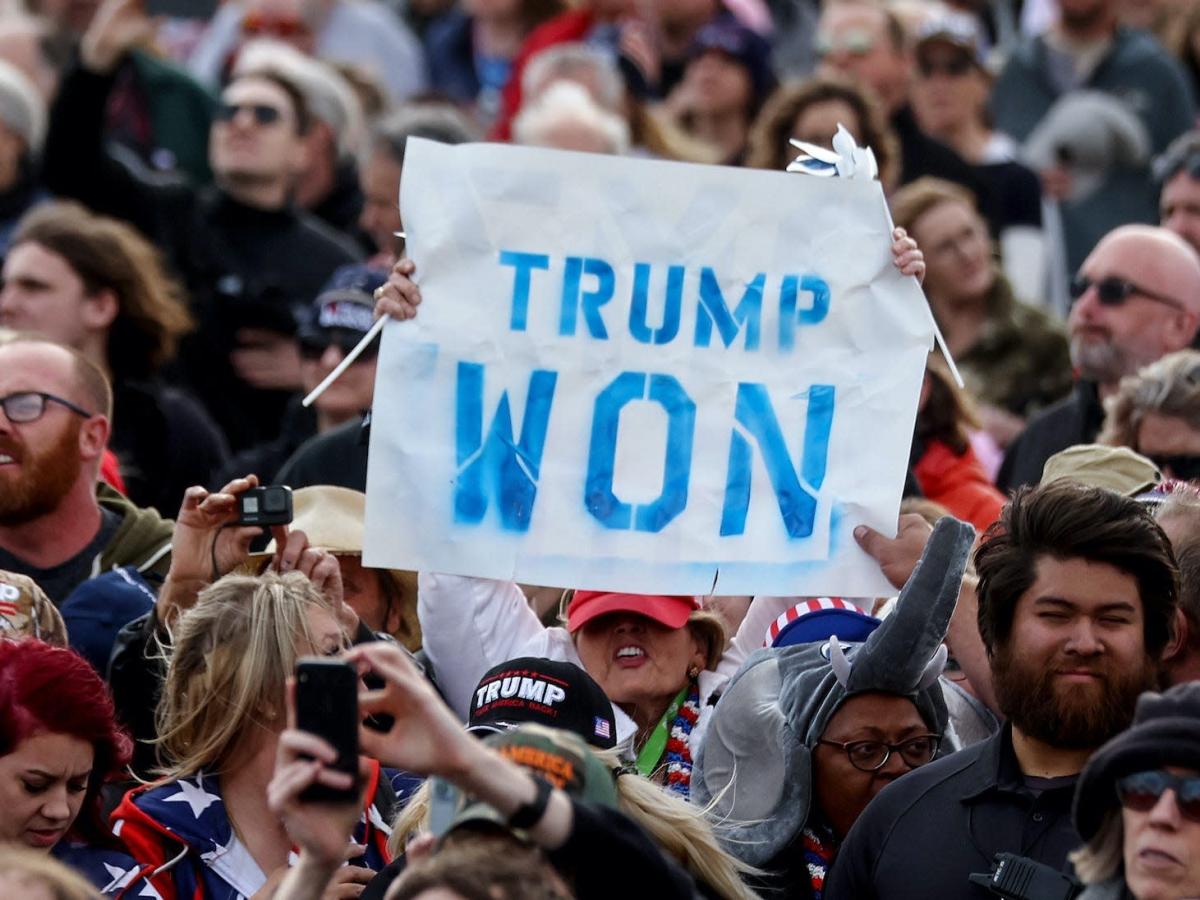 “That’s none of the federal government’s business,” Norton told Insider for an article published Thursday detailing his decision’s potential civil and criminal ramifications.

“We’re paying it, filing the financial disclosure, even though I still think it’s none of the federal government’s business,” Norton said in a five-minute video posted to his campaign’s YouTube account, in which he discussed in detail his turbulent financial history.

“This is getting filed because… and I am paying the $ 200 fine, so that way the liberals will stop crying,” Norton said.

In response to an insider text message asking about his change of mind regarding the disclosure, Norton said he “thought it was a rule not a law.”

“When your budget is 17,000 pages, it’s impossible to know every law on the books,” Norton said.

A campaign spokesperson for Moolenar did not immediately return an Insider request for comment.

In his video, Norton offered numerous details about his personal finances he says will appear in his official financial disclosure.

He described himself as a “self-employed contractor” who earned $ 257,713 during the first year of his congressional campaign and $ 222,696 the second.

He also noted he maintained an E-Trade account “with some dividend stocks – it’s not huge” and that he owns “some cryptocurrency.”

In his early 20s, after he “got in trouble with some credit cards” and lost his job and apartment, Norton said he reformed his financial ways and has since bought a house.

“I’m the Dave Ramsey candidate,” he said, referring to the financial author and radio host who preaches against debt. “I actually do pay my bills. When I talk about financial responsibility, I do it. I have gotten behind in the past, and I paid ’em… I took care of myself.”

Norton acknowledged he has “a DUI from a few years ago” and that he’s previously “gotten in trouble with the law” and paid fines. He did not elaborate on the nature of the legal trouble or fines.

Norton also criticized the financial habits of President Joe Biden, Moolenaar, and politicians who use so-called “leadership political action committees,” which have come under fire by government reform groups as lightly regulated slush funds for members of Congress.

A congressional candidate must file his or her financial disclosure, which details personal investments, debts, employment, and side income, shortly after raising or spending $ 5,000 in campaign cash, according to House ethics guidelines and federal law.

Norton easily surpassed that threshold early last year, raising $ 113,239 by the end of 2021, according to Federal Election Commission records.

The standard, US House-issued fine for a late personal financial disclosure filing is $ 200, payable to the US Treasury.

But a candidate who “knowingly and willfully falsifies a statement or fails to file a statement” may be subject to investigation by the Department of Justice.

While such investigations are rare, the maximum civil penalty for such an offense is $ 66,190, while the maximum criminal penalty is one year in federal prison plus a fine of up to the same amount, according to the federal Ethics in Government Act.

Separately, federal law, as amended by the False Statements Accountability Act of 1996, “provides for a fine of up to $ 250,000 and / or imprisonment for up to five years for knowingly and willfully making any materially false, fictitious, or fraudulent statement or representation , or falsifying, concealing, or covering up a material fact “in a filing covered by the Ethics in Government Act.

A congressional candidate who refuses to file a personal financial disclosure “would find themselves in violation of the Ethics In Government Act,” Jordan Libowitz, communications director for nonpartisan government watchdog group Citizens for Responsibility and Ethics in Washington, told Insider last week.

While the federal government could conceivably pursue criminal penalties against a candidate for not filing, “it is much more likely that the DOJ could, and should, pursue civil penalties,” Libowitz said.

Norton’s refusal to publicly reveal his personal finances follows the publication of Insider’s “Conflicted Congress” project, which found that 57 members of Congress and at least 182 senior congressional aides have in recent months violated the federal Stop Trading on Congressional Knowledge Act of 2012 with late or missing financial disclosures.

As of Saturday night, Norton’s financial disclosure did not yet appear within the Clerk of the US House of Representatives document database.