Prince William & Princess Catherine’s Christmas Card Is Here – As It’s Revealed He & Prince Harry WILL Exchange Gifts For Their Kids! 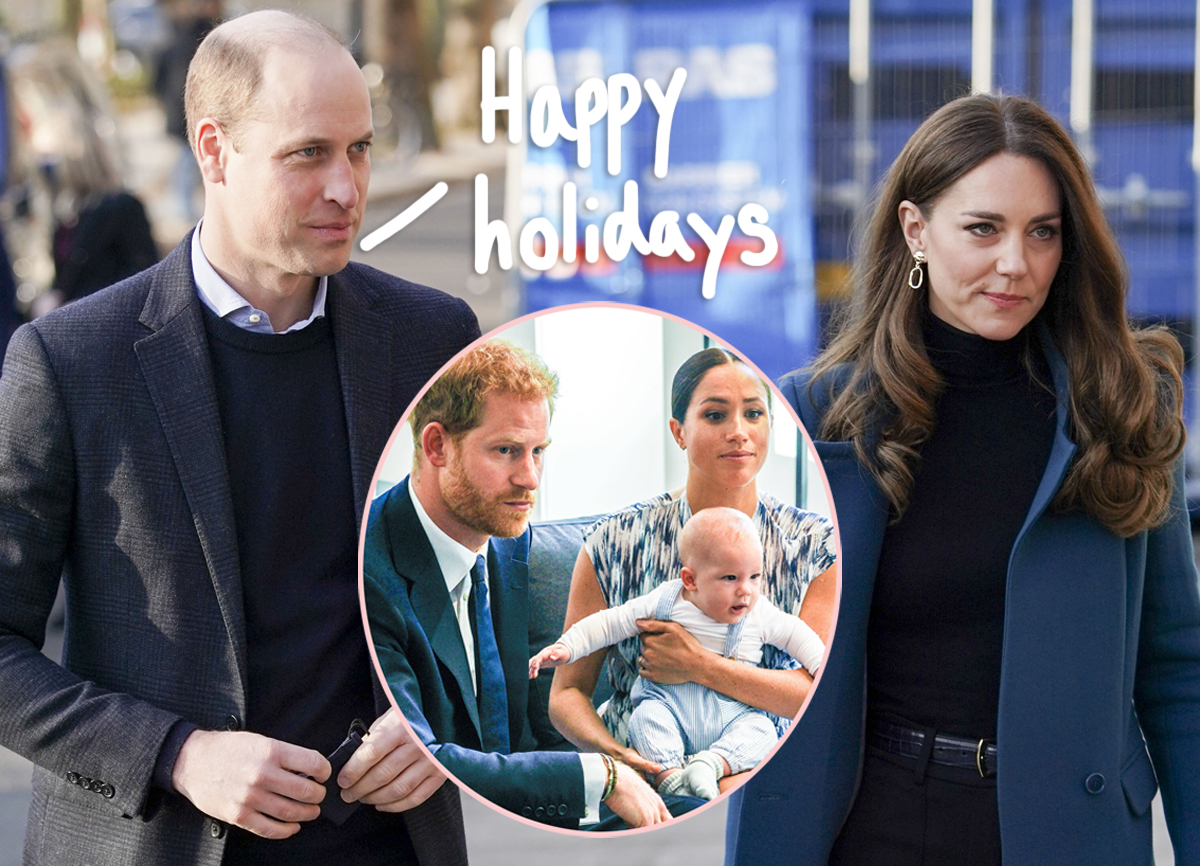 Prince William and Princess Catherine AKA Kate Middleton revealed a new family picture for their official 2022 Christmas card on Tuesday. Taken by Matt Porteous earlier this year at their Norfolk, England home, the photo shows the royals and their three children — 9-year-old Prince George, 7-year-old Princess Charlotte, and 4-year-old Prince Louis — holding hands as they walk outside in country casual attire. Will and Kate are both in blue jeans with long-sleeved shirts, while their sons opted for shorts and short-sleeved tops, and precious lil’ Charlotte sported a romper. See the sweet holiday card (below):

Sharing a new picture of the family for this year’s Christmas card! ???? pic.twitter.com/R98RyMmQ5C

— The Prince and Princess of Wales (@KensingtonRoyal) December 13, 2022

Aww! The kids look so grown up here!

This new card is certainly a breather from the drama that’s been happening with the fam! It’s no secret their relationship with Prince Harry and Meghan Markle has been rocky for a while now, escalating when the Duke and Duchess of Sussex left their roles as senior working members of the monarch in 2020.

Their rift worsened when Harry and Meghan opened up about the difficulties they faced with royal life in an explosive 2021 interview with Oprah Winfrey — and now, their new Netflix docuseries, Harry and Meghan. Sadly, the estranged brothers’ relationship won’t be fixed any time soon once the next three episodes of the series are released on Thursday. Based on the teasers so far, part two of the documentary promises to drop major bombshells about The Firm, including how the palace allegedly planted stories about Meghan. Not only that, the royals will also have to worry about Harry’s memoir Spare when it hits bookshelves in January. Who knows what dirty laundry he plans to air out! As a source previously told People:

“It will take a long time before there is harmony between the brothers. There is a lot of anger there.”

Despite their issues, though, it’s not stopping them from making sure their children have a great Christmas. In fact, royal insiders revealed to People on Wednesday they seem to be putting their differences aside just to continue the tradition of exchanging presents for their kiddos this year. Wow, right?? We’re glad to hear Willz and HarBear won’t let the feud get in the way of the holiday at least.

Reactions, Perezcious readers? Let us know in the comments below.