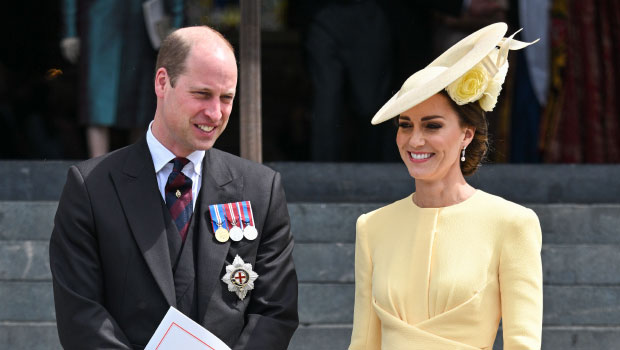 Prince William 39, and Kate Middleton40, are following in Queen Elizabeth II‘s footsteps and trading London for the countryside. The Duke and Duchess of Cambridge will soon move to a home on the grounds of the Windsor Home Park estate in the Royal town of Windsor. Windsor castle, where the 96-year-old monarch has been living since 2020, is just a ten minute walk from their new home and a source tells HollywoodLife EXCLUSIVELY that being closer to her was a big motivation for the move. “The Queen spends the majority of her time at Windsor these days so being closer to her is a huge factor,” explained our insider. “She’s 96 years old, that’s not lost on anyone in the family, every moment with her is precious.”

The long-reigning royal, who just marked 70 years on the throne of England with her Platinum Jubilee celebration, has previously confirmed that her eldest son Prince Charles, 73, will be King, before William takes the throne. But, after Charles’ reign, William is in-line to step into the role and sources say he is diligently preparing for his eventual duties, and eager to soak up as much as he can from his grandmother. “She’s a wealth of knowledge and still sharp as a tack so there’s no one better to prepare him, she’s done a brilliant job of it for 70 years, the more he can learn from her the better,” insisted our source.

William and Kate are also looking forward to giving their kids – Prince George8, Princess Charlotte 7, and Prince Louis , 4, – a more “normal” life in the bucolic landscape of the Berkshires. “They spent most of 2020 at [Ammer Hall] their country home in Norfolk, and after that it was hard to adjust back to the confines of life in London, ”shared the insider. “Moving to Windsor full time will mean they have so much more space to roam and a lot more freedom. They want their kids to have as normal a life as they possibly can so this makes a lot of sense for them as a family, and for William and Kate’s future as King and Queen. ”

Although William and Kate are careful to guard their kids’ private lives, the Duke revealed during an interview back in 2020 that his eldest son, George, is already showing promise on the soccer field. “I reckon he could be the all-time goal scorer,” the Prince joked when asked about the young prince’s chances of going pro during a promo chat for his mental health initiative the Heads Up campaign.

And, royal watchers got plenty of insight into just how high-spirited William and Kate’s kids can be during the recent platinum jubilee festivities, where their youngest Louis stole the show with his hilarious antics. On Sat June 4, video of the young Prince watching the parade from Buckingham palace and making funny faces at his mom went viral. And then on Sunday, June 5, he made headlines again for getting into a squabble with his cousins ​​over a bag of candy.