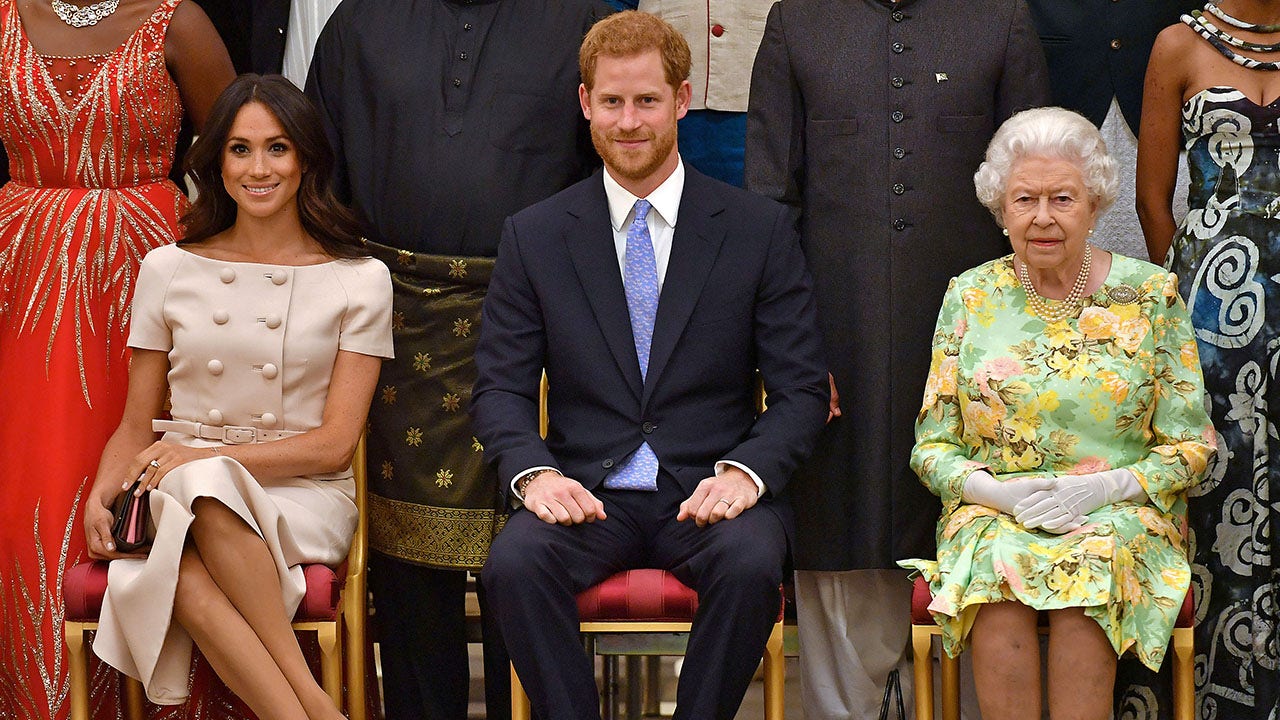 Prince Harry and wife Meghan Markle visited the Queen at Windsor Castle for the first time as a couple since moving to the US They were on their way to the Netherlands for the 2022 Invictus Games.

“She had plenty of messages for Team UK, which I have already passed on to most of them,” Prince Harry told the BBC regarding the meeting.

PRINCE HARRY, MEGHAN MARKLE VISIT QUEEN ELIZABETH TOGETHER FOR THE FIRST TIME SINCE LEAVING THE UK

The visit to Windsor Castle marked the first time the couple returned to the United Kingdom, although Harry has been back on his own for multiple occasions.

The prince returned for Prince Philip’s funeral in April 2021 and then again for the unveiling of Princess Diana’s statue in July 2021.

Harry and Meghan stepped down as senior working royals and moved to North America in 2020, citing the unbearable pressure of their roles and racist attitudes of the British media.

Prince Harry met with the Queen ahead of the 2022 Invictus Games.
(Samir Hussein / WireImage via Getty Images)

The couple, also known as the Duke and Duchess of Sussex, lost their taxpayer-funded police guard when they walked away, and Harry is suing the British government for refusing to let him pay for his own police security on his visits to the UK

His lawyers say Harry wants to bring his children – Archie, who is almost 3, and 10-month-old Lilibet – to visit his home country but that it is too risky without police protection.

“The Duke and Duchess of Sussex personally fund a private security team for their family, yet that security can not replicate the necessary police protection needed whilst in the UK. In the absence of such protection, Prince Harry and his family are unable to return to his home, “a legal spokesperson for Prince Harry previously said in a statement to Fox News Digital.

“The Duke first offered to pay personally for UK police protection for himself and his family in January of 2020 at Sandringham,” the statement continued. “That offer was dismissed. He remains willing to cover the cost of security, as not to impose on the British taxpayer.”

Fox News’ Janelle Ash and The Associated Press contributed to this report.