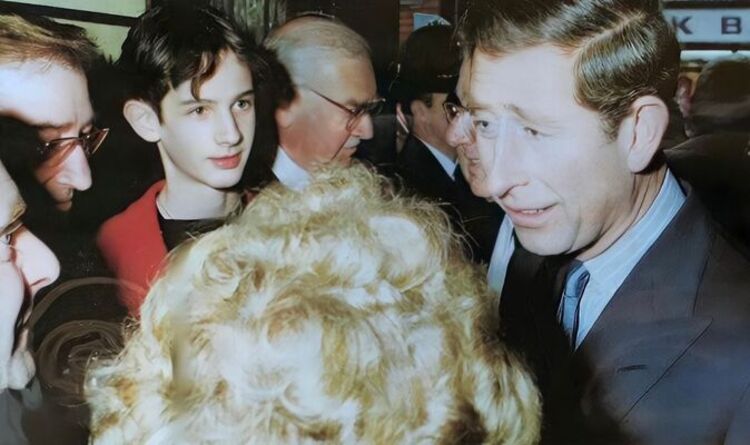 Britain’s Got Talent star Keelan Leyser, 41, has performed for royals and celebs around the world but can never forget being rumbled by the Prince of Wales.

The pair met at the Dog and Bull pub in Croydon in 1994 where the prince was due to pull a pint during a celebration of the historic Surrey Street Market.

At 15 years old, Mr Leyser had already shown off his skills on Cilla Black’s show Surprise Surprise, This Morning, and Blue Peter when he was invited to perform the trick for Prince Charles.

Recalling his encounter with the royal, Keelan said: “He’d make a great magician.

“I was around 15 and was asked to make a letter of thanks magically appear for him.

“He was kind of like, ‘ah yeah, I probably realize how you’ve made the letter appear’.”

He explained: “The mayor had asked me to make a letter of thanks magically appear for him but I also secretly made a glass of champagne appear straight after.

“He definitely was shocked when I produced the glass which came out of nowhere after saying he recognized my first trick.

“He said he was not expecting it so I felt like I stumped him.

“It was short and sweet and he said, ‘I was great, I wish you well in his very polite sort of Fashion'”.

“It was nerve-wracking performing for the most magically-trained royal in the world.”

In 2018, the future king and magic fanatic even celebrated his 70th birthday with a London Palladium gala starring Britain’s finest magicians.

After his meeting with Prince Charles, Keelan has gone on to perform for the Kings of Saudi Arabia and Bahrain, starred in a BBC1 documentary and auditioned for the third series of Britain’s Got Talent.

Nowadays, Keelan has been impressing the likes of tennis star Serena Williams with his new brand of “digital magic” – sleight of hand tricks involving smartphones, holograms and robots.

He said: “I want to keep magic relevant by incorporating the latest technology such as drones, robots, and holograms into my performances.”