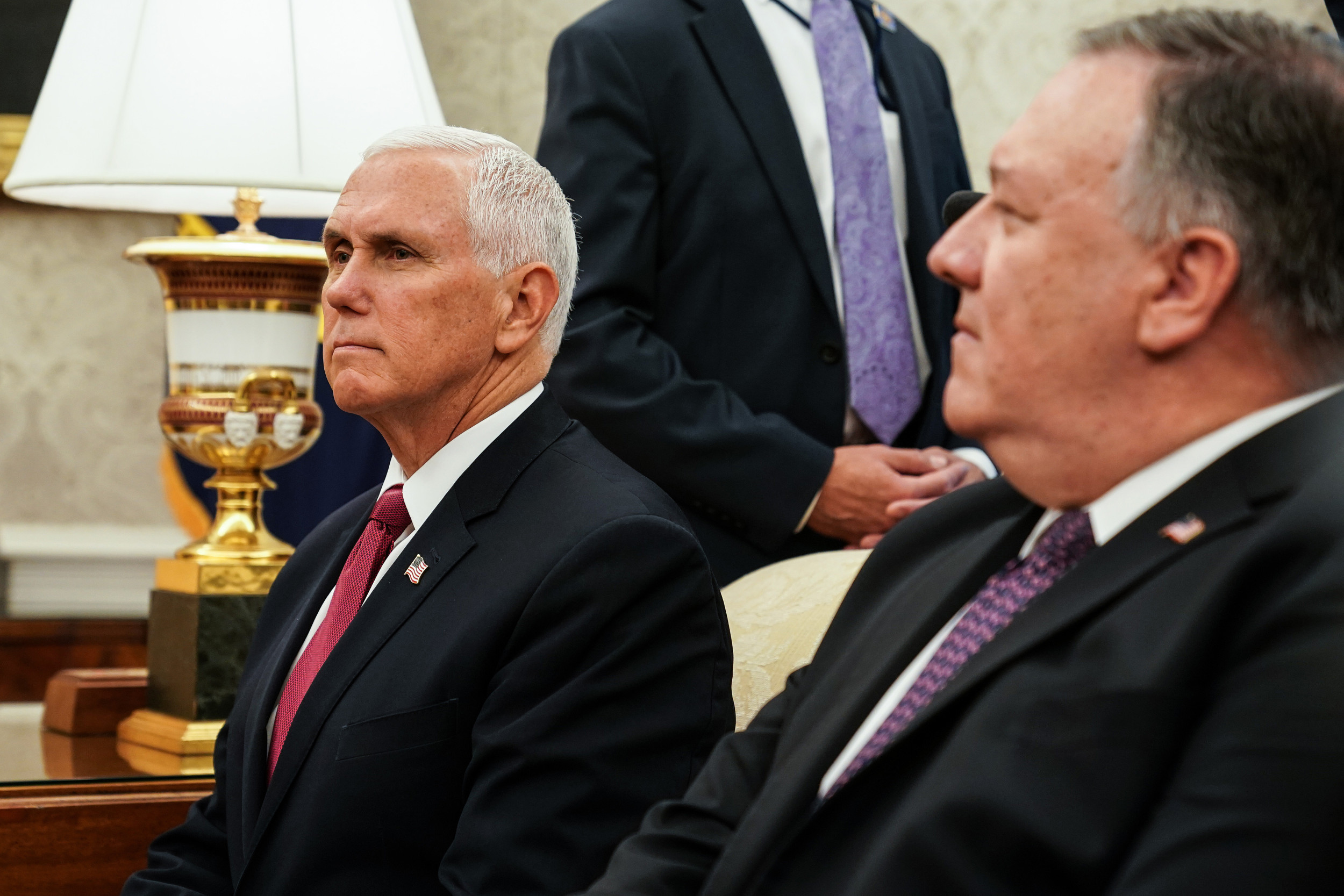 While Pence and Pompeo didn’t explicitly mention the former president by name at the annual Republican Jewish Coalition (RJC), they did make clear references related to Trump.

In one apparent reference to the ex-president, Pompeo said during a speech at the weekend-long event that a “personality” and “celebrity” is not what the GOP needs, the Las Vegas Review-Journal reported.

He explained during his speech, which was meant to “regain Americans’ trust and win again,” that his party needs someone who is competent enough to protect values and “present the conservative case.”

“The American people did not want to look backward, they wanted to look forward. They care about what happens tomorrow, not what happened yesterday,” Pompeo said, according to a video of his speech that was posted to Twitter by Howard Mortman, a C-SPAN communications director.

Trump is also expected to deliver remarks on Saturday and will speak live via satellite instead of attending in-person. Trump officially announced on Tuesday that he will run for president again in 2024.

“This weekend’s Republican Jewish Coalition Annual Leadership Meeting, affectionately dubbed the ‘kosher cattle call,’ is going to be the biggest and best political event of the year, where we will once again be welcoming key GOP leaders to Las Vegas,” RJC national political director Sam Markstein told Fox News.

Meanwhile, Pence on Friday also made a few apparent references related to Trump, according to quotes from his speech tweeted by Ron Kampeas, the Washington, D.C., bureau chief of the Jewish Telegraphic Agency (JTA).

“Our party may be the last line of defense for the Constitution of the United States,” Pence said. “The American people must know that our party keeps our oath to the Constitution even when political expediency may suggest that we do otherwise.”

Pence also told the audience: “We must as Proverbs says, we must be the leaders who keep our oath even when it hurts…We as Republicans and our elected leaders must do more than criticize and complain.”

Meanwhile, Hogan said during his speech: “A party… that couldn’t even beat Joe Biden is desperately in need of a course correction…Trump was saying that we’d be winning so much that we’d get tired of winning. Well, I’m sick and tired of our party losing.”

The Maryland governor made similar remarks last weekend when he blamed Trump for the GOP’s poor performance in this year’s midterms, which led to Democrats taking the Senate majority.

“The way I would interpret it…this should have been a huge red wave. It should have been one of the biggest red waves we have ever had, because President Biden’s approval rating was so low, one of the lowest historically,” Hogan said. “More than 70 percent of people thought the country was going in the wrong direction. And yet we still didn’t perform.”

Newsweek reached out to Trump’s media office for comment.