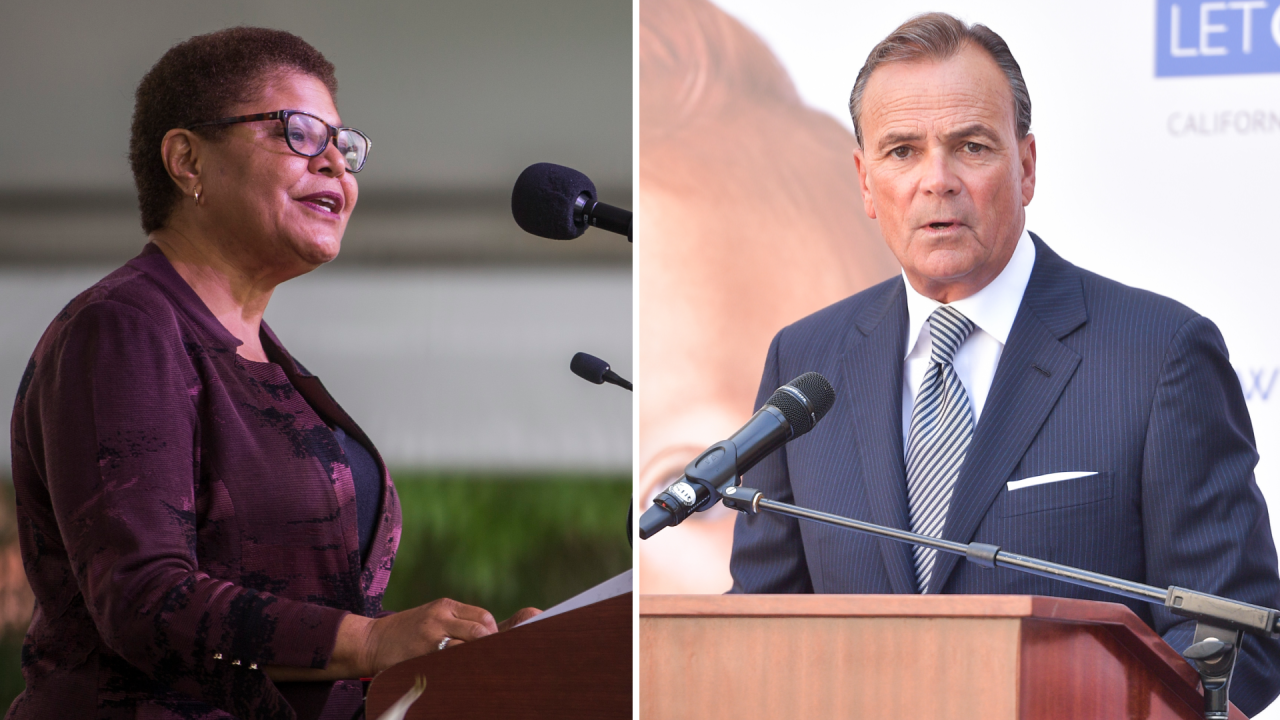 Bass does, however, have a small edge over Caruso, according to the UC Berkeley Institute of Governmental Studies poll conducted May 24-31 and co-sponsored by the Los Angeles Times.

In third place is Councilman Kevin de León, with support from 6% of likely voters, according to the poll.

The findings largely mirror poll results from March and April, that found Bass and Caruso sharing the lead and on track for a November runoff. De León at the time also had the support of 6% of likely voters polled, showing the councilman has not made much progress since then.

Both Feuer and Buscaino had struggled to gain support in the race to replace Eric Garcetti as mayor.

The latest poll found that Bass leads Caruso by 19 points among women, and the billionaire leads by 8 points among men.

Caruso, a billionaire real estate developer known for the Grove and Americana at Brand, joined the race for mayor later than other candidates but has pumped millions into his campaign, getting a head start on advertisements.

Bass is a six-term congresswoman Democratic congresswoman and LA native who President Joe Biden was considering for vice president.

In 2008, she became the first Black woman speaker of the state Assembly and later led the Congressional Black Caucus.