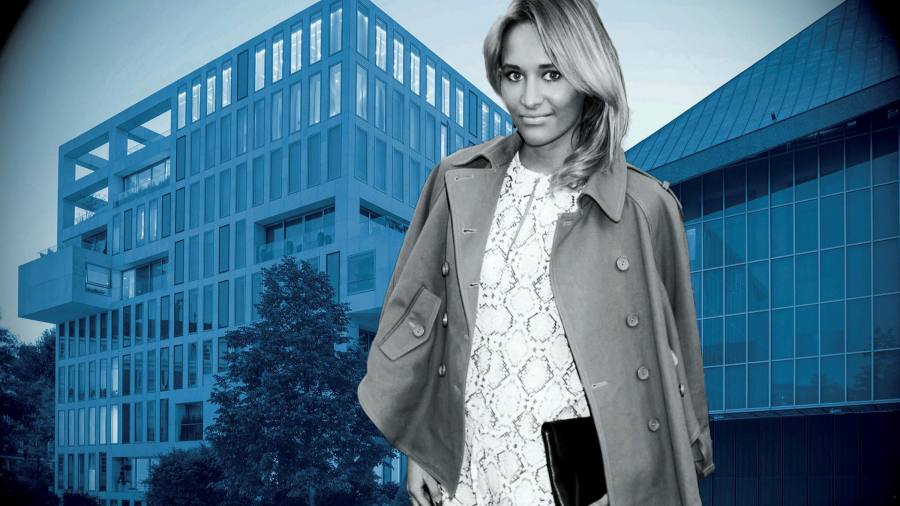 A ground-floor flat in Kensington has become emblematic of the problems facing Britain as it confronts its role as a hub for dirty money after the flat’s 26-year-old owner was sanctioned by the UK because of her close relationship with Sergei Lavrov, the Russian foreign minister.

In the sanctions listing, Polina Kovaleva was described as Lavrov’s “stepdaughter” by the UK government. Her mother, Svetlana Polyakova, is not married to Lavrov, but has been named by Russian independent media as his romantic partner.

Kovaleva bought the London flat without a mortgage in 2016 for £ 4.4mn At that time, she was a student at Loughborough University in England’s East Midlands. She has since worked as an intern and in junior roles at the Russian state-owned bank VTB Capital, the commodities trader Glencore and the Saudi state oil company Saudi Aramco.

Announcing its measures against Kovaleva and others, the UK government said in a statement: “This sends a strong signal that those benefiting from association of [sic] those responsible for Russian aggression are within the scope of our sanctions. ”

In the wake of Russia’s invasion of Ukraine, there has been far greater scrutiny of people connected to Vladimir Putin’s inner circle in the British capital – nicknamed “Londongrad” because of the number of wealthy Russians living there.

But while the UK has sanctioned more than 1,000 individuals and businesses since the war began, Kovaleva stands out. She is notable for her youth – she has been living in the UK since she was 16 and studied at Clifton College, a private school in Bristol – and because she is allegedly a family member of a top Russian official.

The UK has also announced sanctions against Kirill Shamalov, Vladimir Putin’s former son-in-law, but aged 40 he is older than Kovaleva, has a high public profile, and had held senior positions in large Russian companies. Until Kovaleva’s link to Lavrov was first reported last year, she was a junior finance worker living anonymously in London.

But her case highlights some of the problems that made the UK such a center for Russian money, and the difficulties the authorities now face in tracing its origins. It also shows how confirming the identity of the associates of even high profile Russian figures is extremely difficult.

The nature of Kovaleva’s relationship with Lavrov had been kept secret; her link to the foreign minister was first publicly revealed by dissident Russian media organizations only in late 2021.

The FT has since independently confirmed that Kovaleva has attended family events where Lavrov was present. The FT also tried to contact Kovaleva for comment in the weeks running up to her being sanctioned but she did not respond.

Kovaleva’s connection to Lavrov means that she should have been considered a high risk for money laundering, and required to undergo stringent checks: as an associate of a so-called “politically exposed person”, institutions should have undertaken additional checks on her sources of funds .

However, if she did not declare the relationship, institutions are unlikely to have known.

Second, the current rules on money-laundering were only tightened up in 2017. Before that change, professional advisers were only required to conduct checks on their own clients. Savills, the estate agents who handled the sale of the flat in 2016, had an anti-money laundering obligation in relation to the property company selling the flat – but not with regard to Kovaleva.

It is not known which advisers had that responsibility, nor how she explained the sources of her wealth if and when she was asked.

Kovaleva’s flat ownership, furthermore, was only detected because she did not attempt to hide. She used her Kensington address in a public filing, that attracted attention. She also bought the flat directly, not through a shell company owned in a secrecy jurisdiction. Had she done so, it could have been far more difficult to prove her ownership.

The filing was in relation to a property company she formed in 2019. In 2021, she also set up a company, with one other shareholder, whose intended purpose was given as “licensed restaurants”. The company was renamed in late February, just after the invasion began, to “Hotbox Holdings”.

Following the publication by Russian journalists of a Twitter thread about Kovaleva this month, protesters gathered outside her apartment. After the UK government announced the sanctions against her on Thursday an activist association called Kensington Against Dirty Money released a statement calling for the property to “be seized immediately and sold off, with the proceeds invested in social housing locally”.