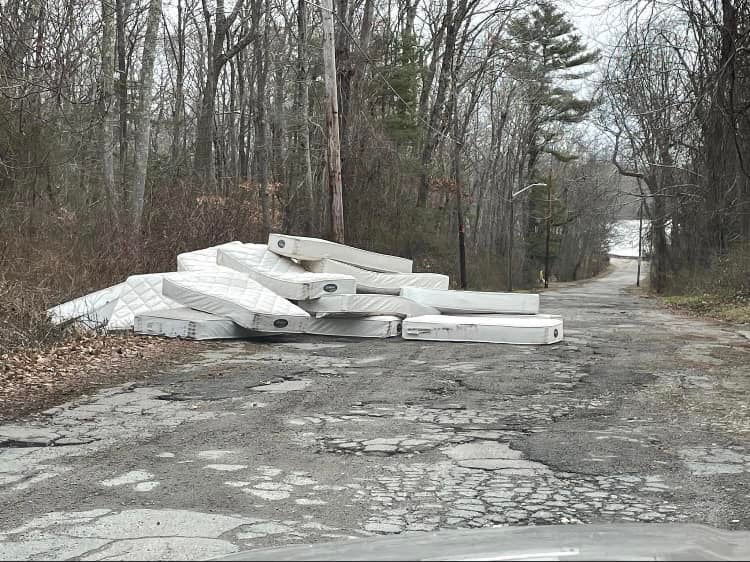 Authorities are investigating after 21 mattresses were found dumped in a pile on Wilson Road in Fall River, not far from the city’s water supply, a police spokesperson confirmed by phone.

Mayor Paul Coogan said Sunday via Facebook that a $200 reward was being offered to the first person to provide information that would lead to finding the person responsible for the dumping.

Coogan added that anyone with information should call and leave a message with the mayor’s office at 508-324-2600.

Sgt. Moses Pereira, a spokesperson for Fall River police, confirmed that officials are investigating, but could not provide further information about any leads at this time.

Elaina Pevide, a spokesperson for the mayor’s office, told Boston.com via email that the Environmental Police have ruled out a couple of leads, but are still looking into at least two others.

“I will say, we had a tremendous outpouring of support and helpful information from residents!” Pevide added.

The mayor said on Facebook that the dumping is believed to have happened between 3 p.m. on Saturday and 7 a.m. on Sunday.


How many Australians are playing in Japan rugby league one competition?