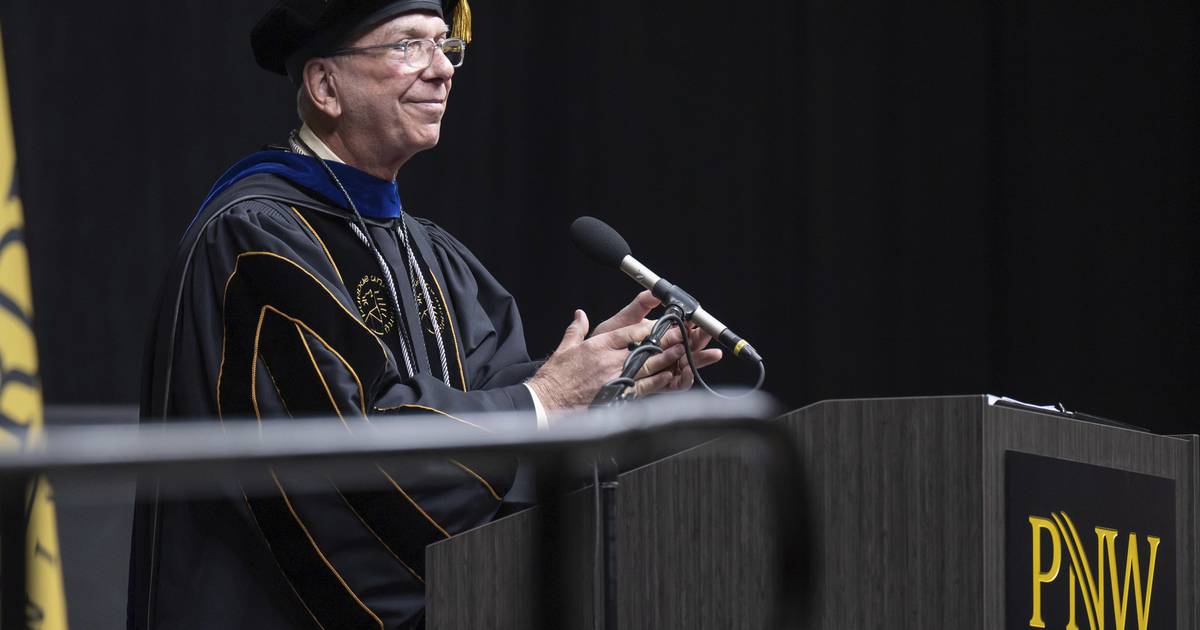 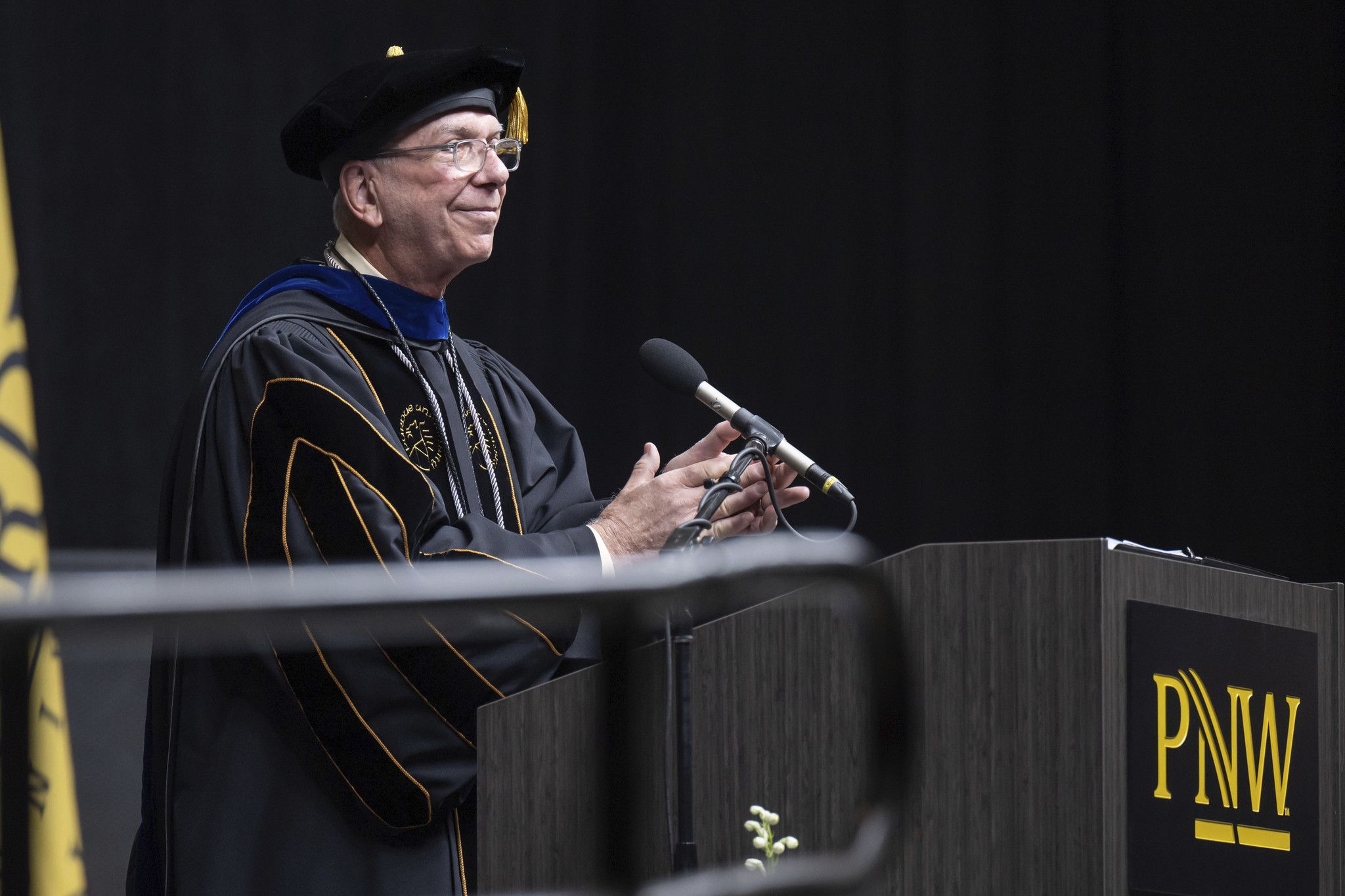 Purdue University Northwest’s Chancellor Thomas Keon is apologizing for a culturally insensitive remark he made during the first of two commencement ceremonies Dec. 10.

The comment was a response after commencement keynote speaker Jim Dedelow finished his speech. Dedelow in his speech talked about a made-up language he created to entertain his new granddaughter and at one point used it to calm the baby from the stage when she squawked during his speech.

As Dedelow sat down, Keon came back to the podium and said, “Well, all I can say is,” and proceeded to speak in a made-up language that sounded as if he were trying to speak Chinese. He then said, “That’s sort of my Asian version of his …,” trailing off before going back on-script.

In a letter on Purdue Northwest’s website dated Dec. 14, when video of his comments about an hour and 10 minutes into the commencement blew up on Twitter, Keon apologized for making a comment that was “offensive and insensitive.”

“I am truly sorry for my unplanned, off-the-cuff response to another speaker, as my words have caused confusion, pain, and anger,” Keon wrote. “Purdue University Northwest, and I personally, take great pride in being welcoming and inclusive to all people.”

Keon then cited the formation earlier this school year of an initiative that focused on respecting inclusion, diversity and equity and said he’s directing them to “specifically understand and address issues of importance to the Asian American Pacific Islander community at PNW, and to offer concrete ideas that our university will act upon to ensure that our campuses are places that welcome and value all.”

Keon said he’ll also meet with members of the Student Government Association “to discuss how to best address students’ concerns.”

Keon’s remarks came as the school welcomed its “most diverse student body in history”; indeed, the school boasts a student body that’s 52.2% white, 24.2% Hispanic/Latino, 10.6% Black or African American, 3.3% two or more races, 2.6% Asian, 0.1% American Indian or Alaskan Native, 0.1% Native Hawaiian or other Pacific Islander, and 1.3% unknown. Additionally, 4% of its population are international students, according to the school’s website.

“We are all human,” Keon said in his letter. “I made a mistake, and I assure you I did not intend to be hurtful and my comments do not reflect my personal or our institutional values. In the true spirit of diversity and inclusion that is a cornerstone of PNW, I will learn from this and assure you that Purdue Northwest and I will take action to prevent such missteps from occurring in the future.”

Attempts earlier in the week to reach Professor Chenn Qian Zhou, leader for the school’s Chinese Student Association; its president, Dianzhi Meng, and adviser, Shuhui Yang, were unsuccessful. A spokesman for Purdue University in West Lafayette, however, said all is well as far as it’s concerned.

“The Purdue University Board of Trustees, which oversees all campuses in the Purdue system, is aware of the comments made by Chancellor Keon during December 2022 commencement at Purdue Northwest and has accepted his apology,” spokesman Tim Doty said in an email Wednesday.