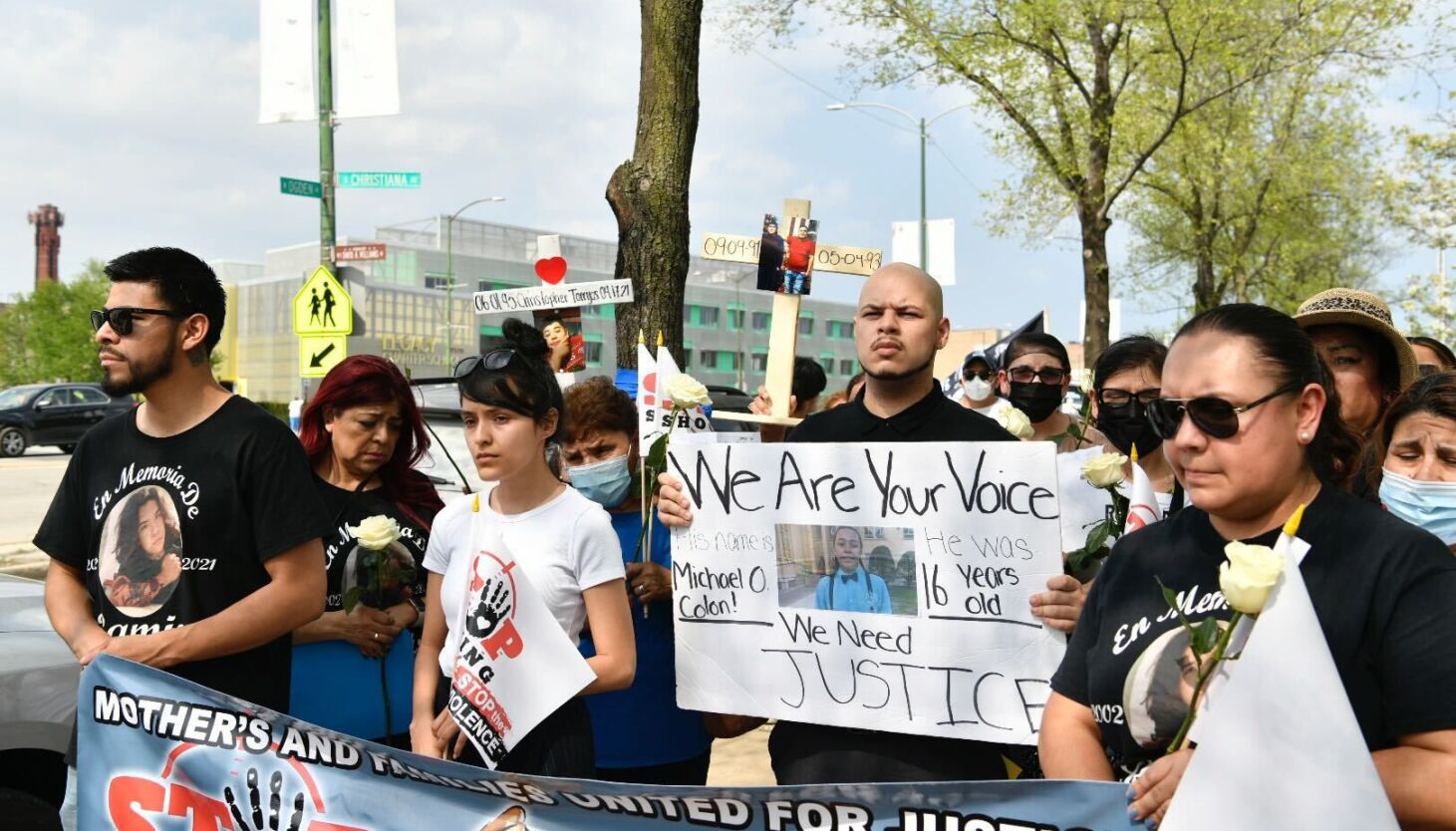 What should have been a joyous and relaxing Mexican Mother’s Day – celebrated annually on May 10 – was instead tinged with grief and desperation for a group of moms and other family members of Chicago gun violence victims who gathered in North Lawndale on Tuesday to call police for justice and more resources devoted to pursuing unsolved killings.

“For Mother’s Day we’re asking for a present, and that present will be justice,” said Baltazar Enriquez, president of the Little Village Community Council.

The city has recorded 197 homicides so far this year, according to a Sun-Times database tracking Chicago gun violence.

Members of the group Mothers and Families United for Justice held crosses, posters, flags and signs memorializing their loved ones as others spoke outside the Chicago police 10th District / Ogden station.

Several moms and other family members of gun violence victims spoke in English and Spanish, calling on Chicago Mayor Lori Lightfoot and Police Supt. David Brown for help finding those responsible for the killings.

Their request is simple.

“Please do more,” said Christian Colon, whose 16-year-old brother Michael – a “bright kid with a bright future” – was shot and killed while walking his dog in Brighton Park nearly two years ago.

Enriquez said the group has requested meetings with Brown and Lightfoot but were unsuccessful. They met with aides of Brown’s on Tuesday hoping to “start a dialogue” with the Chicago Police Department. The city needs more resources and personnel allocated toward unsolved murders and more Spanish-speaking officers, Enriquez said.

Some family members of victims are going on years without answers. The uncertainty, Colon said, is confusing and frustrating.

“It’s going on for two years and we have not received any updates,” he said. “We do not know what’s going on.”

Jessica Brant, whose brother was killed earlier this year, pleaded for the violence to stop.

“We want people to put their guns down,” she said. “We need these criminals to suffer consequences.”

“We’re not a minority, we’re becoming a majority,” Enriquez said. “This is one of the committees where we do not want members… because every member in here has lost a loved one.”