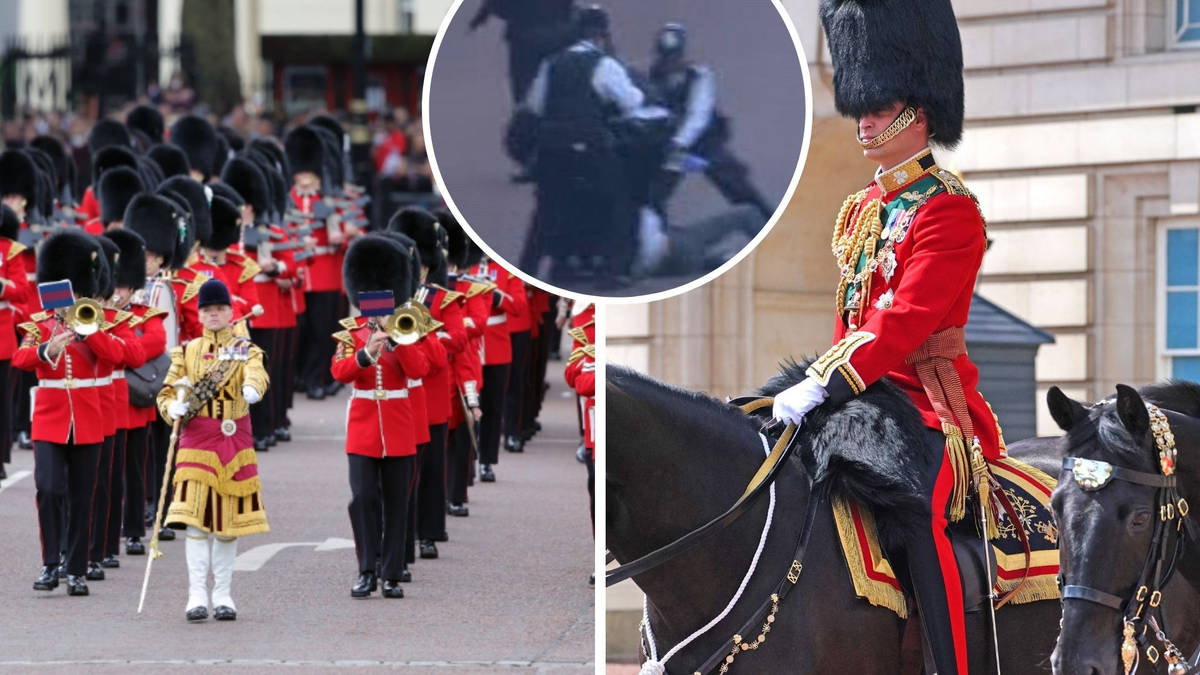 The Trooping the Color ceremony delighted crowds in central London as the Queen’s Platinum Jubilee weekend kicks off.

The parade started at Buckingham Palace and moved down the Mall to Horse Guards Parade where it was received by members of the Royal Family in carriages and on horseback.

The largest cheers were reserved for Seamus, the Irish Guards greyhound mascot whose formal name is Turlough Mor, who led the regiment’s band down to Horse Guards Parade.

The Color was trooped by the 1st Battalion of the Irish Guards. Traditionally, the Color is unveiled on parade saluted and then taken to the escort for the color who receives it.

The Color was then to be trooped in front of the six other guards present. The third guard split open to create a pathway for the carriages carrying members of the royal family.

The carriages, led by the Duchess of Cornwall, the Duchess of Cambridge and her children Prince George, Princess Charlotte and Prince Louis, moved down the Mall towards Horse Guards Parade to whoops and cheers from the crowds.

They were followed by carriages with Earl and Countess of Wessex and their two children and a second carriage holding the Duke and Duchess of Gloucester and Vice Admiral Sir Tim Laurence.

Prince Charles, Prince William and the Princess Royal rode down the Mall to the Trooping the Color Ceremony.

Prime Minister Boris Johnson and his wife Carrie were watching from stands at Horse Guards Parade.

Police had to haul four onlookers, one of whom was wearing a crown, from the Mall after they ran in front of the parade moments after it started.

The Metropolitan Police said they made several arrests following the incident.

Two of the protesters were from Animal Rebellion, the group which demands the reclamation of royal land. It was not immediately clear if they were the two arrested.

The parade continued without a delay as the Foot Guard regimental bands marched down the Mall to rapturous applause.

More than 1,200 officers and soldiers from the Household Division, 200 horses and 400 musicians took part in the event which will end with a fly-past.

The 96-year-old monarch, who is experiencing “episodic mobility problems”, missed the parade for the first time in her 70 years on the throne.

Prince Charles will take her place joined by the Duke and Duchess of Sussex, who have traveled from California for the weekend’s celebrations.

Prince Andrew, who previously played a key role in the event, riding alongside the Queen as the Grenadier Guards representative, will not be present.

The Metropolitan Police have warned onlookers to avoid the Mall, describing the area as “full”.

The event kicks off the weekend of Jubilee celebrations.