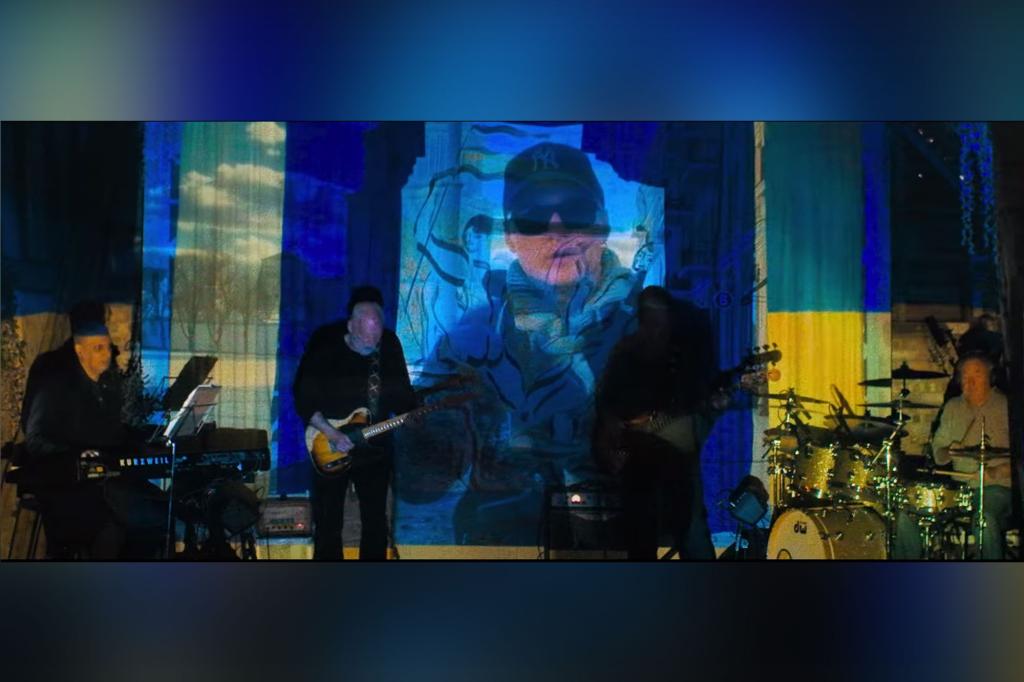 After nearly three decades without creating new original music, Pink Floyd – minus Roger Waters – has gotten back together in support of Ukraine.

According to the Guardian, Gilmour was inspired by Ukrainian musician Andriy Khlyvnyuk from the band BoomBox. In February, Khlyvnyuk left the rock group to fight in Ukraine against Russia while BoomBox was touring the US.

Gilmour saw an Instagram video of the musician in military gear singing a protest song in Kyiv’s Sofiyskaya Square and then felt inspired to do something about it.

“I thought: that is pretty magical and maybe I can do something with this,” Gilmour told the Guardian. “I’ve got a big platform that [Pink Floyd] have worked on for all these years. It’s a really difficult and frustrating thing to see this extraordinarily crazy, unjust attack by a major power on an independent, peaceful, democratic nation.

“The frustration of seeing that and thinking ‘what the f – k can I do?’ is sort of unbearable. ”

So Gilmour, who has a Ukrainian daughter-in-law and grandchildren that are half-Ukrainian, took that frustration out and made something productive out of it.

The group got together and recorded the song and a music video, which features Mason playing on drums that have a painting from Ukrainian artist Maria Primachenko. Waters, who left the group in 1985, reportedly did not return for the reunion. However, the song features Khlyvnyuk’s voice from the video that inspired Gilmour to begin with.

Gilmour did reach out to Khlyvnyu, who was hospitalized for an injury in the conflict.

“The next time I saw him, he was in hospital, having been injured by a mortar,” Gilmour told the Guardian. “He showed me this tiny quarter-inch piece of shrapnel that had embedded itself in his cheek. He’d kept it in a plastic bag. ”

Along with the new song, Pink Floyd also recently announced that they removed all their music from Russian and Belarusian digital music providers.

Gilmour hopes the song, which releases Friday, can serve an important purpose for the people of Ukraine.

“I would not do this with many more things,” Gilmour said, “but it’s so vitally, vitally important that people understand what’s going on there and do everything within their power to change that situation.”