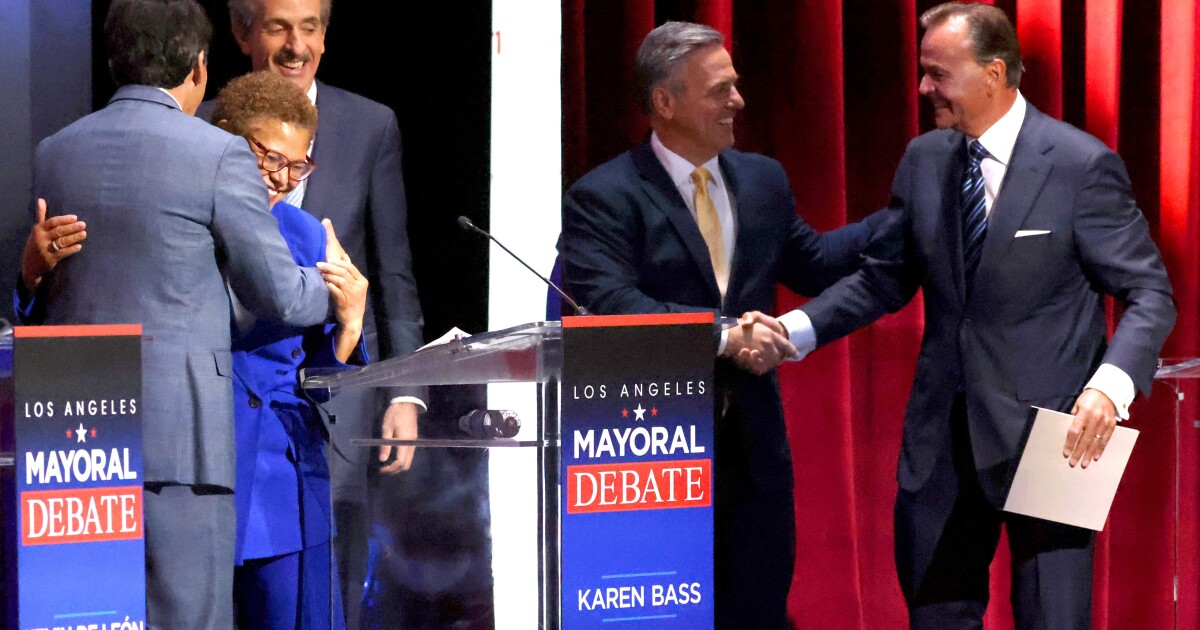 City Councilman Joe Buscaino, before discussing his housing plans, quipped that he was glad Caruso “finally” was on the debate stage.

“I think I was attacked,” Caruso told the audience, looking amused. “It feels like an attack.”

Nearly all of the big-name candidates for Los Angeles mayor took aim at Caruso, attacking the real estate developer over his police spending plan, his support for Dist. Atty. George Gascón and his personal yacht in the first televised forum to feature all five onstage.