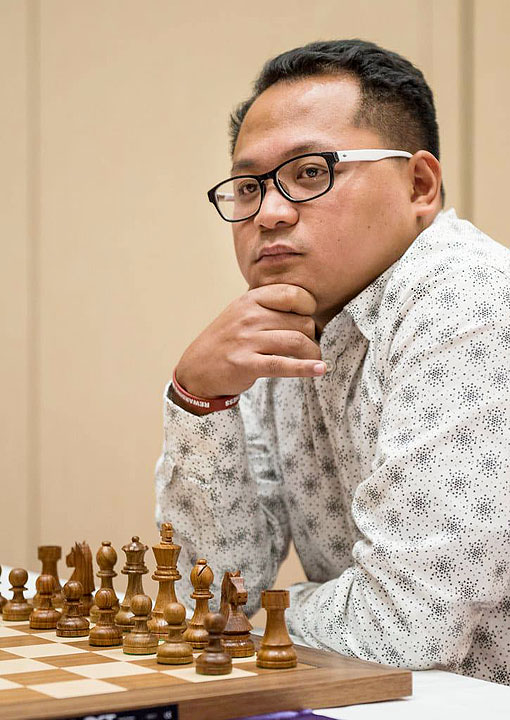 GRANDMASTER (GM) Mark Paragua dug deep into his endgame bag of tricks as he carved out the nerve-wracking victory on top board in lifting the Philippines to a stunning 2.5-1.5 win over a fancied Sweden in the fifth round on Tuesday night and into the top 10 of the 44th World Chess Olympiad in Chennai, India.

Left with the responsibility of carrying the fight after GMs John Paul Gomez and Darwin Laylo and International Master (IM) Paulo Bersamina drew their respective games in the lower boards, the 38-year-old Mr. Paragua willfully went for a win when he could have easily sent his duel with GM Erik Blomqvist into a draw.

The New York-based many-time World Cup veteran built on a slim lead brick by brick, layer by layer until he got the much needed break against an unnerved Mr. Blomqvist and turned it into a lasting advantage.

When it was over, his unnerved higher-rated foe was facing the specter of losing his rook to Mr. Paraguay and resigned on the 69thth move.

The emphatic win sent the Filipinos, who are being sponsored by the Philippine Sports Commission, into an 18-nation logjam at eighth spot with eight match points apiece and a highly anticipated duel with 21St ranked Israel in the sixth round at press time for a chance to climb up into the top five along with the big guns.

The country was just two points behind co-leaders India 2 and Armenia, which own perfect scores of 10 points, and a point closer to third to seventh placers Uzbekistan, India 1, Cuba, Iran and a Wesley So-paced United States of America with nine points each.

WOMEN’S TEAM
It was, in contrast, heartbreaking for the Filipinas as Janelle Mae Frayna lost to Eline Roebers on top board that sealed their 2.5-1.5 defeat at the hands of the higher-ranked Swedes.

The GM Jayson Gonzales-mentored Filipinas slipped to a 35-nation tie at 39th with six points and they were facing the Ecuadorians in the sixth round. — Joey Villar