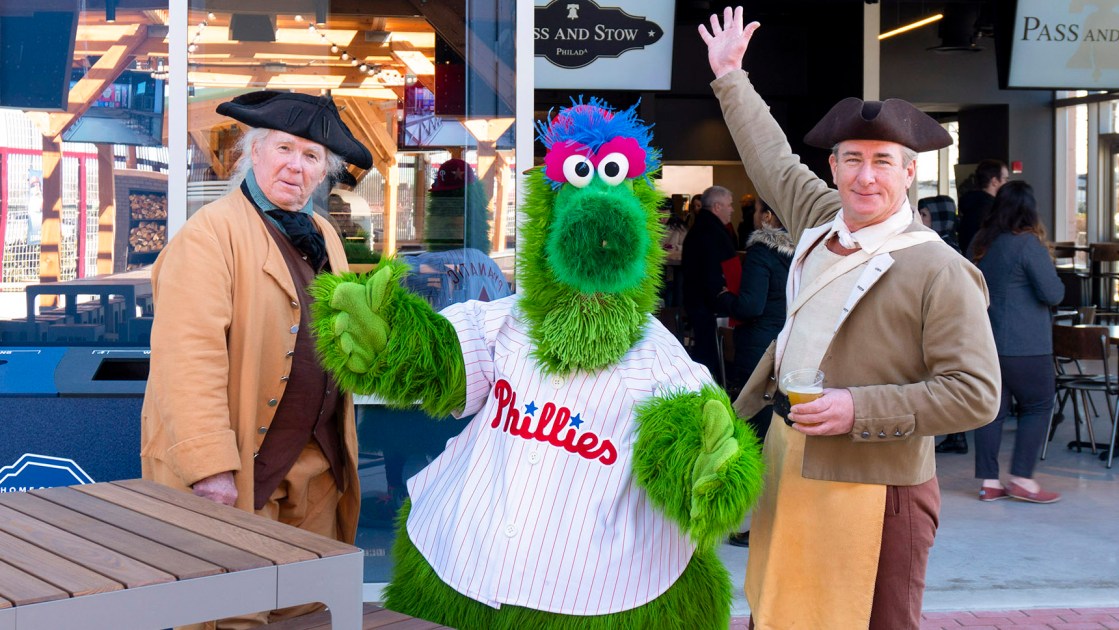 After a slight delay due to the MLB lockout, Phillies fans have a lot to look forward to in the 2022 season. The team bolstered its lineup with several key additions in free agency – and another key player: the original Phillie Phanatic.

The timing could not be better for one of the most popular mascots in professional sports to make its return, as the Phillies are expecting to be one of the best teams in the National League.

Over the last two seasons, the original Phanatic was MIA, replaced by a tweaked copy that fans felt lacked the real one’s charm. The temporary switch was due to a legal battle with its original designers, who sketched out the Phanatic in the 1970s based on an idea presented by the team.

The recent tangle started back in 2018, when the designers informed the Phillies they would seek a copyright renegotiation unless the team compensated them appropriately (read: millions, versus the mid-six figures they’d gotten to date). The designers even suggested they might sell the concept to another team.

In response – but before any legal action was taken by the artists – the Phillies levied a 2019 lawsuit against them in New York federal court, contending that the Phanatic’s rise to cultural icon was “the result of their creative forces and investment,” and not due to the original blueprint.

So what happened? Here’s a recap of the copyright battle over the Phillie Phanatic.

The Phillie Phanatic was introduced to the public on the locally produced children’s show “Captain Noah and His Magical Ark” by then-Phillies player Tim McCarver. It debuted at Veterans Stadium on April 25, 1978, as the Phillies took on (and lost to) the Chicago Cubs.

As the story goes, the mascot headed out onto the field, blew kisses to the fans, then tripped and fell. The crowd roared, and a baseball slapstick hero was born. (Do you know any other mascots that would fart on a cutout of an opposing team’s fan?)

Bonnie Erickson and Wayde Harrison – who designed Muppets like Miss Piggy, you knew there was a similarity there – were the artists tasked with turning Lehman and Sullivan’s loose concept into actual form. The costume they came up with reportedly cost the team $ 3,900.

For their design, Erickson and Harrison were paid about $ 6,000. They also had a royalties agreement that saw them earn another $ 200,000 or so over the next few years.

The Phillies, likely recognizing the growing popularity of their on-field personality, decided to purchase the full Phanatic copyright. They paid $ 250,000.

Federal law allows artists to renegotiate licensing deals after 35 years. In the interim, the Phanatic had become a multimillion-dollar character – and Harrison / Erickson Inc. must have recognized that.

So to forestall any action on that front, the Phillies filed suit in 2019. They asked the court for a declaration that said the designers could not terminate the team’s copyright interest, arguing that it was too late for the artists to place a claim on the mascot.

US copyright law, the team’s attorneys said, does not give authors “multiple opportunities to renegotiate grants of copyrights after they have full knowledge of the market value of the works at issue.”

In 2020, as the case wound through the courts, the Phillies rolled out a revised version of the Phanatic, one they thought avoided any of the sticky copyright issues. That did not sit so well with fans.

If you did not look closely, and know the original head-to-toe, you might not have noticed the differences between the old Phanatic and its stand-in.

But this is the most famous mascot in baseball history, so many people did know. Especially Philadelphians, who do not take too kindly to change of any kind.

The new mascot had a slightly different color, body shape, outfit, and facial features. The overall fur was lighter green. The eyes were backed by pink stars instead of red, and there were fuller, lighter blue tufts behind the eyes. The socks and sneakers were switched, and there was a bright blue tail.

Erickson and Harrison called the new look an “affront” to Phillies fans everywhere.

In November 2021, the Phillies settled with Erickson / Harrison for an undisclosed amount. How much the designers got paid, the public may never know, but it cleared the way for the original Phanatic’s glorious comeback this season.