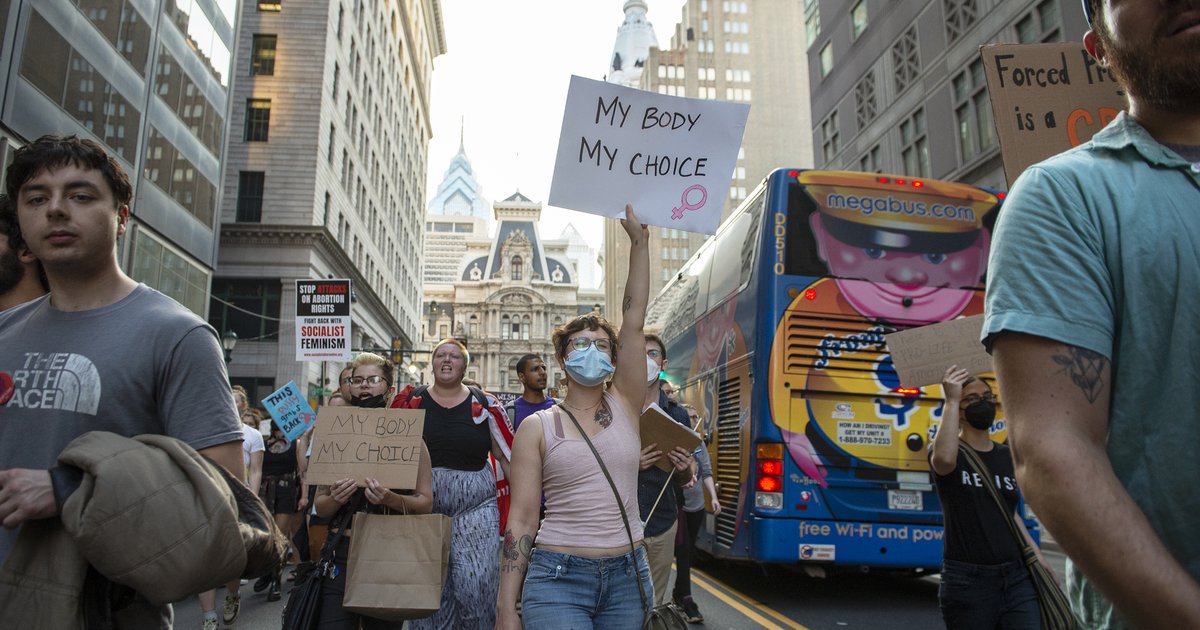 Philadelphia sent $500,000 in emergency funding to the Abortion Liberation Fund of PA on Thursday, assisting the organization in its mission to provide financial support to those seeking an abortion.

While the procedure remains legal in Pennsylvania, the associated costs often make it difficult for many to afford. People can pay anywhere from $300 to $3,000 out-of-pocket for abortion carewhich can be insurmountable without even taking into account additional expenses, like travel and childcare.

With the funding provided by the city, ALF-PA is able to expand its outreach and provide assistance to more people seeking abortions in Pennsylvania. The organization revealed that it provided $666,917 in funding for abortions in the past year, and 80% of donations came from individuals.

“Abortion is health care no matter where you live,” said Mayor Jim Kenney in a release. “In Philadelphia it is legal, but sadly that does not mean it is accessible to everyone. Providing financial support for people seeking abortions is one of the ways we will support Philadelphians in their fundamental right to bodily autonomy.”

The funding is the first major step the city has taken to support abortion rights since the US Supreme Court issued its ruling in Dobbs v. Jackson on June 24, eliminating federal protections for abortion throughout the country.

In the weeks since the decision came down from the court, more than a dozen states have moved to restrict or outright ban the procedure, while others have taken steps to enshrine abortion rights in state constitutions.

New Jersey has taken several measures to protect abortion rights and expand access for both residents and out-of-state abortion seekers, including allowing state agencies to refuse to cooperate in interstate investigations of those who received abortions in the state.

Govt. Phil Murphy enshrined abortion rights in New Jersey state law in January, months before the Supreme Court eliminated federal protections, as advocates were warning the decision was imminent. He joined other states like Delaware, Connecticut, and California.

Earlier this week, Kansas voted overwhelmingly to protect abortion rights during its primary election, in the first major face off since Roe v. Wade was overturned. The ballot measure, which was a proposed state constitutional amendment that would have explicitly allowed the state to ban abortion, lost with 58.8% of voters opposed.

“Even before the Supreme Court’s decision this year, anti-abortion restrictions have made it far too difficult for people to access safe and other life-saving procedures, because public insurance won’t cover it and the cost of the procedure — to say nothing of traveling to a clinic, taking time off from work, childcare, and other financial considerations — are prohibitive,” said Kenney. “The Abortion Liberation Fund has a long and impressive history of dismantling barriers to abortion and reproductive justice, and we are proud to support their work and the people they serve with this historic and unprecedented commitment of funding.”

The ALF-PA was formed in 1985 as a response to the state’s General Assembly eliminating Medicaid funding for abortion. The organization provided more than 3,200 people with emergency funding for abortion in 2021, in addition to providing community-based resources and support.

Abortion rights advocates in Pennsylvania are concerned that this year’s gubernatorial election could threaten the legality of abortion. For the entirety of his tenure in office, Gov. Tom Wolf has vowed to veto any abortion restrictions that cross his desk.

This November, Attorney General Josh Shapiro, the Democratic candidate for governor, faces off against Sen. Doug Mastriano, the Republican candidate. Both have polar opposite views on the subject. While Shapiro has vowed to follow in Wolf’s footsteps and veto any anti-abortion legislation, Mastriano proposed a six-week “heartbeat” ban as a Senator, and supports banning the procedure entirely, with no exceptions for rape or incest.

The state is also facing a proposed constitutional amendment that would expressly state that there is no right to abortion, and no right to taxpayer funding of abortions in Pennsylvania. Proposed by Sen. Judy Ward earlier this year, the measure passed both the state House and Senate this session.

The measure will be voted on again early next year, at the start of the next congressional session. If it passes in the legislature again, it will be placed on the ballot for voters to decide on as early as May 2023. If voters approve the amendment, it cannot be vetoed by the governor and would be added to the state’s constitution.

President Biden has since signed several executive orders aimed at protecting abortion rights on a federal level — including protecting the use of the abortion pill and ensuring medical providers are able to give abortions in a medical emergency. Still, the federal government has stopped short of codifying abortion rights into federal law.

ALF-PA’s 2019 needs assessment found that at least 6,300 people in the region need financial assistance for abortions each year, either because Medicaid no longer covers it or because they cannot afford the out-of-pocket cost. The city also has an action guide and additional resources for city residents looking to learn more about the issue or seek abortion care themselves.