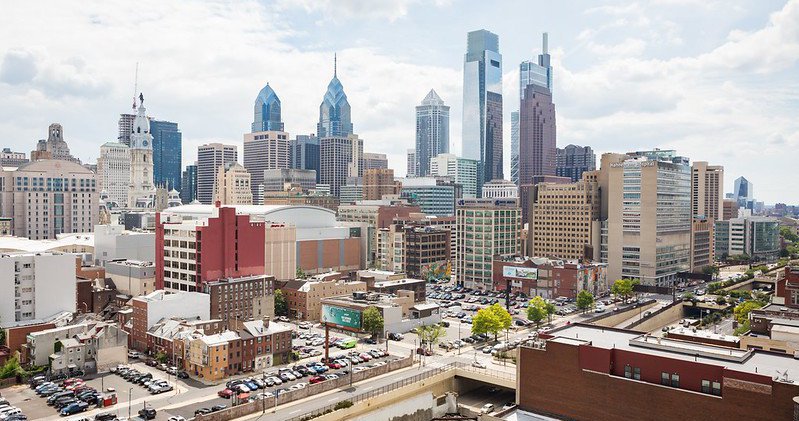 Pennsylvania and its largest city, Philadelphia, are both shrinking. But there are some pockets of the state still experiencing growth.

That’s the sixth biggest numerical decline of any state. It’s even ahead of New Jersey, 2021’s most popular state to move away fromwhich lost just 12,613 residents.

That’s a bigger loss than anywhere else in the state, but the trend is similar when it comes to Pennsylvania’s other biggest cities.

The other four in the top five – Pittsburgh, Allentown, Reading and Erie – all saw their populations decline, as well, although none by more than 1%.

Pennsylvania is facing stiff competition from the American South and West.

Proportionally, the nation’s top three fastest-growing states – Idaho, Montana and Utah – expanded by between 1.7% and 2.9% last year, Deseret News reports. Delaware and South Carolina were tied for fifth place at 1.2%.

Texas, Arizona and Florida saw the highest numerical growth, with tens of thousands moving to each.

The trend of Americans from the Northeast and Midwest moving to warmer retirement-friendly locales, where taxes and the cost of living are generally lower, long predates the pandemic.

But the demographic shifts within Pennsylvania tell a newer story about where people moved during the pandemic.

The population decline was felt in 60% of the Keystone State’s 2,571 places, the Morning Call reports.

This was concentrated partly in rural and isolated, aging industrial locales – particularly in Western Pennsylvania – which have seen their populations decline steadily since the late 20th century.

But this latest wave of population loss was felt particularly hard in Pennsylvania’s urban centers, which lost their appeal to many during the lockdowns.

Lots of these former city dwellers moved to the suburbs or to counties and smaller metro areas which are within a few hours drive of a major city, but not within its traditional sphere of influence.

Many of the 867 Pennsylvania municipalities which saw growth between 2020 and 2021 could mostly be described this way. They constitute about a third of the state’s places.

The fastest growing city in the entire state last year was in the Philadelphia region. Phoenixville, Chester County, grew by 438 residents or 2.2%.

But proportionally, their growth is small when compared with the 1,417 new residents or 2.4% expansion seen in Pike County.

It’s the fastest growing county in the state due to the inflow of residents from North Jersey and the rest of the New York metro area, which generally have higher taxes.

All these counties are less than a three hour drive from Philadelphia, Pittsburgh or New York City.

But the population growth some states continue to see obscures a broader trend in the US The nation is losing people.

The nationwide population grew by less than 1 million or just 0.1% people between 2020 and 2021, Brookings reported. This is the lowest growth rate ever recorded by the US Census Bureau, which contributed to populations dropping in 31 states and Washington DC

The country’s birth rate has declined due to a rapidly aging population and the after effects of the Great Recession, which left many people of child-bearing age less economically stable and therefore less likely to have kids.

A precipitous drop in immigration rates is another part of the story. The number of immigrants coming to the country has fallen by roughly 75% since former President Donald Trump was elected in 2016. The trend became even more pronounced during the pandemic.