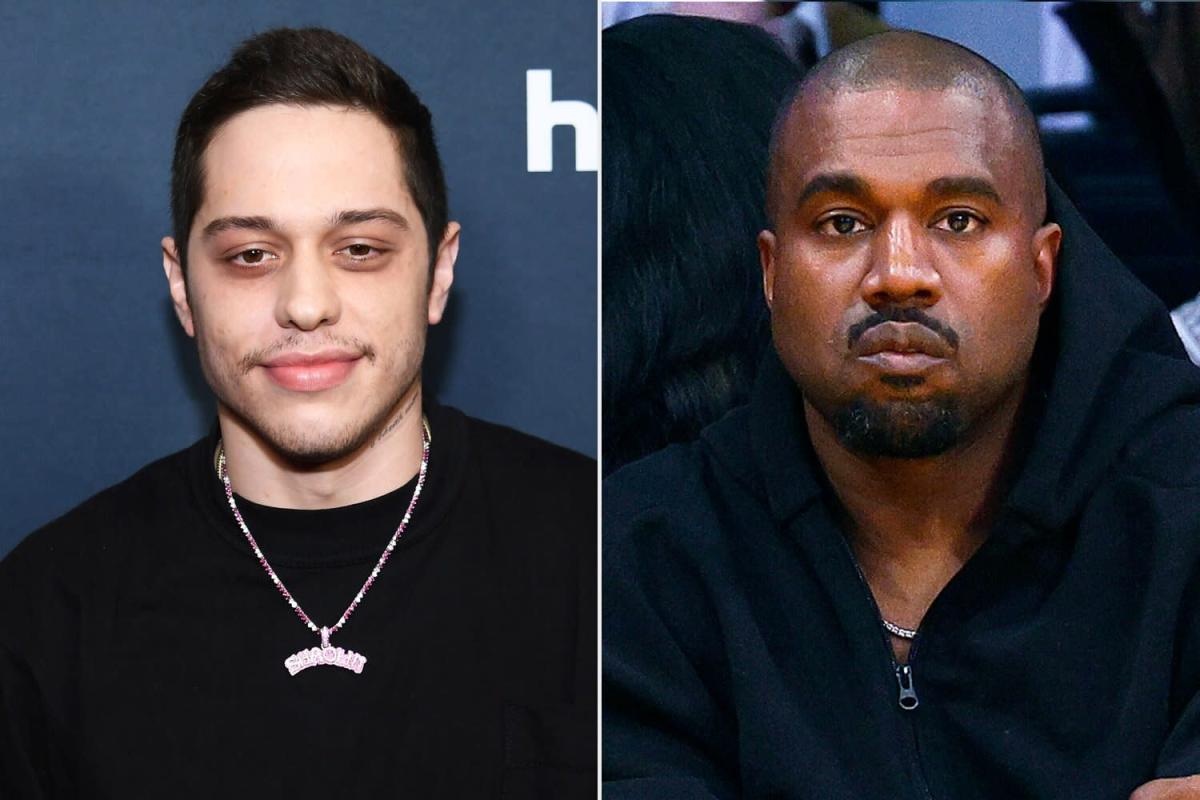 Pete Davidson is seeking help for online harassment he has received at the hands of Kanye West, a source close to the comedian tells PEOPLE.

Beginning in April of this year, the Saturday Night Live alum, 28, “has been in trauma therapy in large part” due to threatening posts that West, 45, has posted numerous times on social media while Davidson was dating the rapper’s ex-wife, Kim Kardashian.

“The attention and negativity coming from Kanye and his antics is a trigger for [Pete]and he’s had to seek out help,” the insider says.

The source adds that Davidson, who recently split from Kardashian, 41, “has no regrets for dating Kim and wants it to be made very clear that she’s been nothing but supportive of him throughout their relationship.”

“Moving forward he just wants to focus on his career,” the insider adds of Davidson.

A representative for West did not immediately respond to PEOPLE’s request for comment.

RELATED: Kim Kardashian and Pete Davidson Reunion ‘Not in the Cards’ After Relationship ‘Ran Its Course’: Sources

Last week, Davidson and the SKIMS mogul decided to go their separate ways after nine months of dating.

“Part of the reason they split was because of their busy schedules,” an insider previously told PEOPLE of the couple, who were first romantically linked in October 2021. “They both travel all the time and it was hard.”

After their breakup made headlines, West reacted on Instagram Monday morning with a since-deleted post featuring an image of an altered New York Times newspaper with a headline that read, “Skete Davidson Dead at Age 28.”

Below the headline, another part of the fake mockup said, “Kid Cudi meant to play funeral but fearful of bottle throwers” — a nod to an incident that occurred at the Rolling Loud Miami festival last month, where fans in attendance threw water bottles at him. (Cudi, 38, and West have admitted to beef of their own.)

Want to get the biggest stories from PEOPLE every weekday? Subscribe to our new podcastPEOPLE Every Day, to get the essential celebrity, entertainment and human interest news stories Monday through Friday.

Now a source tells PEOPLE that Davidson and Kardashian’s respective teams each reached out to Instagram about the post.

“His team and Kim’s have reached out repeatedly to Instagram asking to make the platform a safer space,” the insider says, also noting that West’s repeated attacks are one reason why Davidson has “been absent from social media.”

A source close to Kardashian also tells PEOPLE that Davidson’s involvement with trauma therapy played no role in their breakup whatsoever. “Kim does not tolerate this type of behavior from Kanye,” the source says.

“She’s upset about the breakup. But the schedule made it so hard, and the fact that they were living in two different cities,” the insider adds, reiterating the reason for the pair’s split.

West had previously hurled several attacks at the former couple, both online and in the press, on various occasions, including in a video for his single “Eazy,” in which the rapper kidnapped, tied up and buried a claymation version of Davidson, among other instances.

Never miss a story — sign up for PEOPLE’s free daily newsletter to stay up-to-date on the best of what PEOPLE has to offer, from juicy celebrity news to compelling human interest stories.

During the sold-out Pete Davidson Presents: The Best Friends show at the Netflix Is a Joke Fest earlier this year, Davidson opened up about his experience dating Kardashian amid her divorce from West, telling the audience, “How’s your year going? Good? I’ve had a really weird year.”

“I had an AIDS scare this year. Yeah, I did,” he continued. “And you’re like, ‘Pete, wow. What’s going on in your life? Are you sharing needles? Are you doing heroin? Are you having tons of unprotected sex?’ No. Kanye told me I had AIDS. And he’s a genius. So, I was like, ‘Oh, f—.’ I was like, ‘I better call my doctor. The guy who made College Dropout thinks you have AIDS.'”

Davidson joked about visiting the doctor’s office for the matter, saying “maybe” the Yeezy designer was “right” after all. “So a doc told me I don’t have AIDS. I just look like I have it. So it’s a completely different thing,” he said.

Continuing to mock West’s own insult at him, Davidson said it’s “such an old-school thing” to say given that the height of the HIV/AIDS epidemic was in the mid-1980s. “John Mulaney called me. He’s like, ‘AIDS? You should spread a rumor that he has polio,’ ” he joked, referencing a disease that has been eradicated in the United States since 1979.